Mike Trout vs. Rob Manfred: Why Baseball’s Superstar is Right to Slam the Commissioner 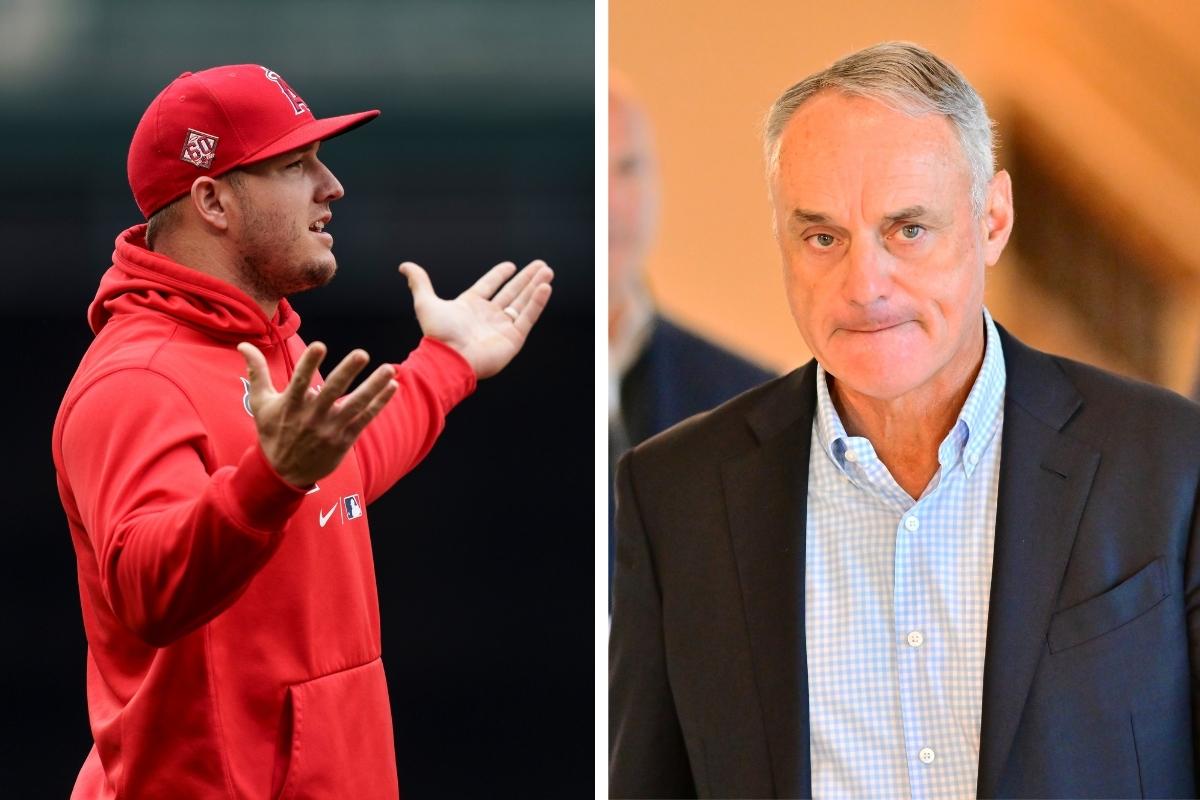 “I want to play.” That’s how the message began, as Mike Trout, one of the greatest baseball stars to ever play America’s Pastime broke his silence on the MLB Lockout via social media, after the failed negotiations between MLB ownership and the Players Association this offseason.

“I want to play, I love our game, but I know we need to get this CBA right,” the Angels outfielder write in a post made to his Facebook page the day after MLB ownership and MLB Commissioner Rob Manfred, Jr. decided to cancel the first two regular-season series of the 2022 MLB Season. “Instead of bargaining in good faith — MLB locked us out. Instead of negotiating a fair deal — Rob [Manfred] canceled games.”

Regarding The MLB Lockout: pic.twitter.com/QQUC1pWr5F

Wow. Mike Trout is not pulling any punches.

So far, Trout is the biggest star to come out against Manfred in recent days. Marcus Stroman, who pitches for the Cubs, and current free agent Anthony Rizzo also took to social media to voice their unhappiness over the collective bargaining agreement negotiations. Other players like Andrew Miller and Max Scherzer have been members of the MLBPA’s coalition, as the player’s union fights for the future of the game and its future stars.

Players like Mike Trout come along once in a generation. Not only is Trout the premier outfielder in baseball, but he’s one of the greatest to ever take the field. That’s lofty praise for a player at the end of their career, but to say that about a player who just recently turned 30, you better be able to back that up with some cold, hard stats. Don’t worry, the three-time AL MVP, nine-time All-Star, eight-time silver slugger, who also won Rookie of the Year in 2012, has a trove of them.

Rob Manfred, on the other hand, has struck out with fans this offseason as the MLB Lockout initiated by MLB ownership has now led to canceling regular-season games. This is not the first time Manfred has had a run-in with fans, as he’s been criticized for his handling of the 2017 Houston Astros sign-stealing scandal, and for changes he’s made to the baseball that has drastically swung performance metrics across the league.

This is also not the first time that Trout and Manfred have gotten into a scuffle regarding Major League Baseball’s image problems.

Mike Trout and Rob Manfred Have a History

RELATED: MLB Lockout: Everything You Need to Know as Opening Day Gets Pushed

With regards to Trout speaking out against Commissioner Manfred, this is something we’ve seen happen before in the not too distant past. During the 2018 MLB All-Star Weekend, Rob Manfred made comments as to why MLB’s biggest star wasn’t as popular as some of his sporting world counterparts.

This is a problem baseball has had for decades, with NBA and NFL stars garnering higher levels of popularity outside of their respective games and making a bigger social impact. LeBron James comes to mind in the NBA, as do figures like Tom Brady and Patrick Mahomes in the NFL. There are several reasons as to why this is such a massive problem for baseball, but to Commissioner Manfred, the true issue was simple: Mike Trout doesn’t want to be popular.

“Mike has made decisions on what he wants to do, doesn’t want to do, how he wants to spend his free time or not spend his free time,” Manfred said to USA Today in the hours before Midsummer Classic at Nationals Park. “I think we could help him make his brand very big. But he has to make a decision to engage. It takes time and effort.”

This is Mike Trout, who has his own signature cleat line, the one that the majority of professional players wear. The player who was a big reason as to why players like Fernando Tatis, Jr., Bryce Harper and Francisco Lindor got their footwear deals with Adidas, Under Armor and New Balance. No other player in the game today has more signature gear and apparel than Mike Trout, but he needs to do more? Get out of town, Rob.

When given an opportunity to respond, the Los Angeles Angels outfielder remarked, “I try to do as much as I can, but keep it to a point where I can still play baseball. Obviously you want to get out there, but you?ve got to pick and choose, for sure.?

When you are being asked to perform at the highest level the game has ever seen 162 times a season, for six months a year, not including the offseason and Spring Training, time is tight. Can Mike Trout, the best player in the game today, do more than he’s doing? Sure, but the league should not be asking him to put himself in the spotlight while they reap the benefits and shake their heads muttering “it’s not enough.”

The 2022 MLB Lockout is Trout/Manfred Round 2

And today, we’re seeing Rob Manfred make “decisions on what he wants to do, doesn’t want to do,” within the realm of the collective bargaining negotiations. But, those decisions only have a positive impact on the MLB owners, not the players, the players union or the fans. How is that helping the MLB’s bottom line? Perhaps Mike Trout could help make the MLB brand bigger, if he was allowed to play the game he was put on Earth to elevate.

“Players stand together. For our game, for our fans, and for every player who comes after us. We owe it to the next generation.”

Mike’s right. The CBA negotiations happening at Roger Dean Stadium in Jupiter, Fla., are immensely important. Like the players who fought for younger generations of baseball players before them, the MLB Players are fighting for the future, while MLB ownership and their commissioner fight to stay in the past.