The American League Central is an odd place these days. While there's a lot of competition, especially from the Chicago White Sox, Cleveland Guardians and the Minnesota Twins, the midwest division also hosts the Kansas City Royals and Detroit Tigers, who are all in the midst of their own respective rebuilds.

However, it seems that if you were to tune into a random major league baseball game involving any of these teams at any point in the season, you'd think they were all playing below-.500 baseball. And no truer evidence of that claim can be found than during a White Sox meeting with the Twins in early July of 2022. 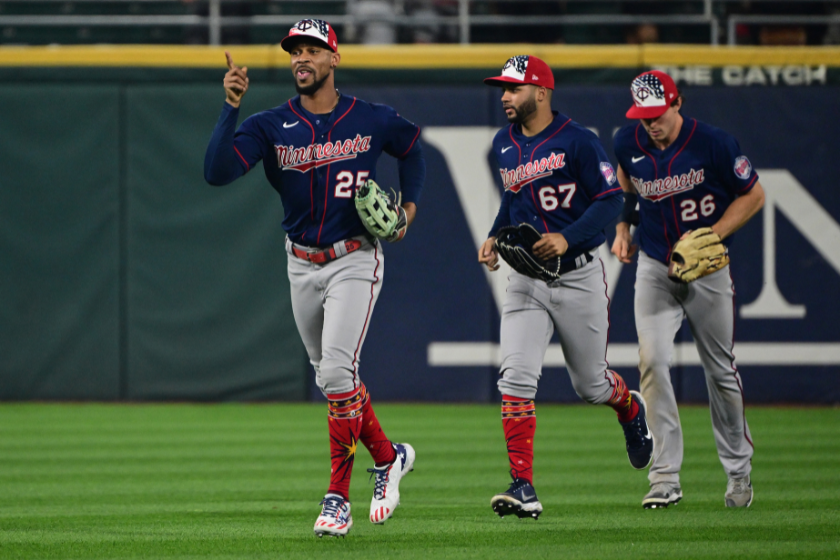 The White Sox and Twins were tied 2-2 in the bottom of the seventh inning when AJ Pollock stepped into the box. The Twins are firmly above .500 this season and are miles ahead of their divisional counterparts. The White Sox, who were the favorites to walk away with the division coming out of spring training and have sputtered so far this season, came into this game one game under .500. Not an ideal situation for Tony La Russa's squad.

But they had managed to stay with the Twins and were threatening to take the lead after tying the game in the bottom of the seventh inning.

As Pollock stepped into the box, White Sox outfielder Adam Engel took a lead off second. Yoan Moncada, the All-Star third baseman for the South Side Sox, followed suit, taking a sizable lead at first. If Pollock could get this ball down, Moncada was looking to go first to third, as Engel easily comes into score from second base. With no outs and two runners on, Chicago was in the driver's seat.

Pollock launched a deep fly ball to right-center field where Twins speedster Byron Buxton made a terrific catch at the wall. One out. Buxton throws the ball back to the infield and no one is there to catch it. Eventually, third baseman Gio Urshela comes from the hot corner to pick up the ball, but instead of this play being disastrous for the Twins, it's Chicago who is self-destructing. Urshela has the Chicago baserunners right where he wants them.

Once Moncada sees the ball head towards the warning track, he takes off not knowing that Buxton makes the catch. Moncada's a sitting duck to get doubled off of first base. And that's exactly what happens, but it only gets worse. Engel also failed to tag up on the play and is standing at third base, not realizing his error. Both runners have massive mistakes and the Twins are about to make them pay.

It's odd. The ball was clearly not a home run, and even then, Moncada and Engel take off in an all-out sprint. No player would do that after a home run, especially one that puts your team up by three runs.

With Buxton catching Pollock's fly ball for the first out, Urshela runs to tag Moncada, which he does successfully. Two outs. Urshela then continues running to second base, where he steps on the bag, applying the force out to Engel, who failed to tag up. That's the third out. Inning over. In the blink of an eye, the Chicago White Sox went from being 180 feet from taking the lead, to losing momentum and heading into the final two innings with tied.

The first triple play in MLB History to take place between a centerfielder and third baseman. Although with Buxton's speed and the horrible base running by Moncada and Engle, it's possible this could've been an unassisted triple-play. That would have been something to see too.

The White Sox would eventually lose in extra innings, 3-6. 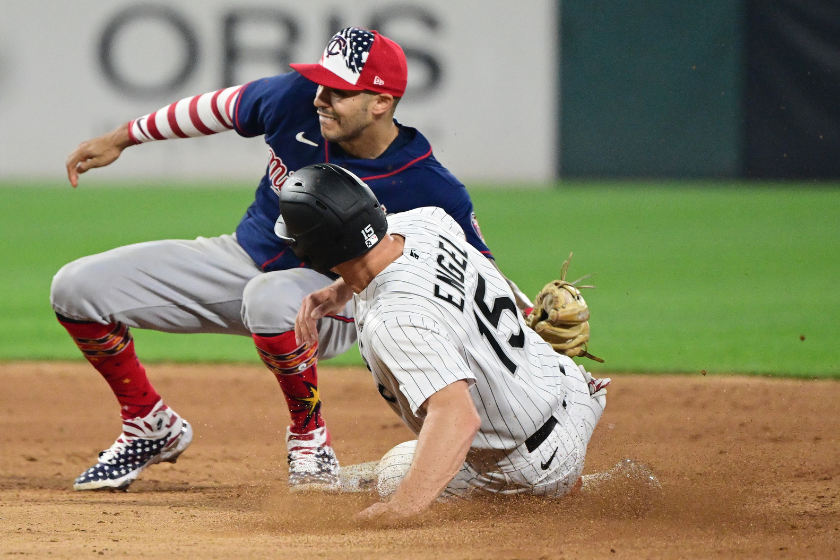 Some baseball fans may refer to this play as a disaster or chalk it up to terrible baserunning, but in reality, this play is known as a TOOTBLAN. Seriously, this is a real thing. TOOTBLAN, originally coined by Cubs blogger Tony Jewell in 2008, stands for "Thrown Out On The Bases Like A Nincompoop," which is exactly what happens here, only it happens twice. So perhaps this is a double TOOTBLAN, a rarity for sure.

This is the kind of play a Triple-A team makes or an awful MLB team like the Nationals or Athletics, but still. Even the crosstown Chicago Cubs aren't foolish enough to make this error. No matter which way you slice it, you can't be making mistakes like this late in games or in the midst of trying to salvage your season going into the second half of the year. Hopefully this is a wake-up call for the White Sox. After all, it can't get worse than this, right? RIGHT?