It's every athlete's worst nightmare. It lurks in the shadows of the mind, ready to pounce on anyone at any moment. It's ended the careers of players across multiple professional sports leagues, and no one can explain why or how. I'm talking about (cue the scary, dramatic music) the "yips."

Remember when St. Louis Cardinals budding young hurler Rick Ankiel suddenly forgot how to throw strikes in the 2000 NLDS Game 1 against the Atlanta Braves (five wild pitches in one inning!)? Or how about how former New York Yankees four-time All-Star second baseman Chuck Knoblauch magically couldn't get the ball to first base, which ultimately led to the demise of his career? Even a Monday Night Football game can spark the yips as we saw from Dallas Cowboys kicker Brett Maher in the Texas football team's Wild Card matchup with the Tampa Bay Buccaneers.

These instances can only be explained by what athletes and experts call the yips. But what exactly is this weird phenomenon and why does it happen in the first place? We talked to a licensed clinical and sports psychologist who has worked with some of the best athletes in the world to understand the dreaded yips.

What Are the Yips? 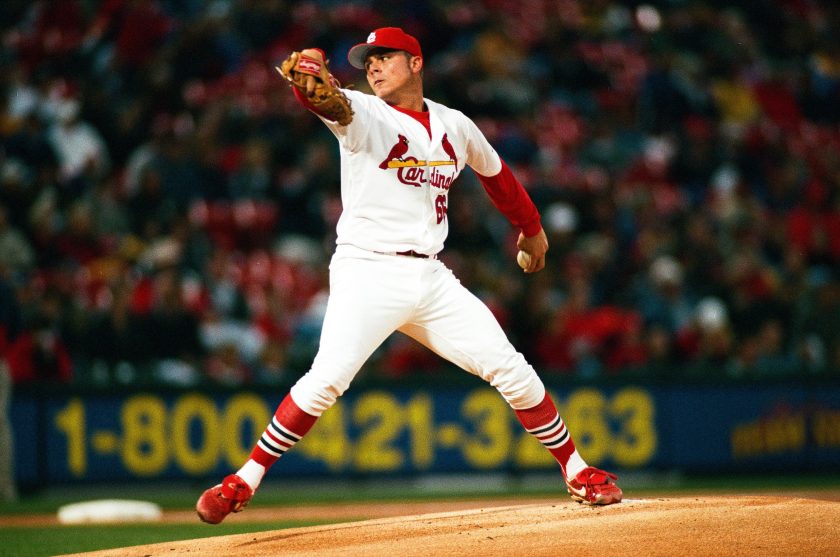 The yips are a "display of panic attacks in a motor movement in the sport," according to Dr. Bhrett McCabe, a sports psychologist who has worked with professional golfers like Jon Rahm and Billy Horschel as well as serving as the sports and performance psychologist for the University of Alabama's athletic department.

They usually occur in the simplest of movements in sports. In baseball, that could be as simple as a pitcher throwing to first base or a catcher throwing it back to the pitcher. In golf, a simple tap-in putt becomes nearly impossible. Those are the sports where the yips are most common, but it's not uncommon to hear of quarterbacks and kickers in the NFL developing their own yips.

As McCabe explained in two examples, an infielder who normally had no trouble with a ground ball and throwing to first base could have a mechanical flaw that in the past has lead to embarrassment, which leads to them dreading it to happen again. Similarly in golf, someone could tell a golfer they were decelerating too much during a putt, which might cause them to overcompensate and swing harder out of panic.

"What happens is the underlying process behind the yip is that it's sudden, came out of the blue and that most of the corrective mechanisms we try to do are bogus, make things worse and then we have this unbelievable fear and avoidance of embarrassment that goes with it," said McCabe, who is also the author of "The MindSide Manifesto: The Urgency to Create a Competitive Mindset."

To put the phenomenon in simpler terms, the yips are a sudden and often unexplained inability to execute basic skills in experienced athletes. Often, it is a visualization of anxiety and overthinking.

The Yips Have Doomed Many Baseball Players 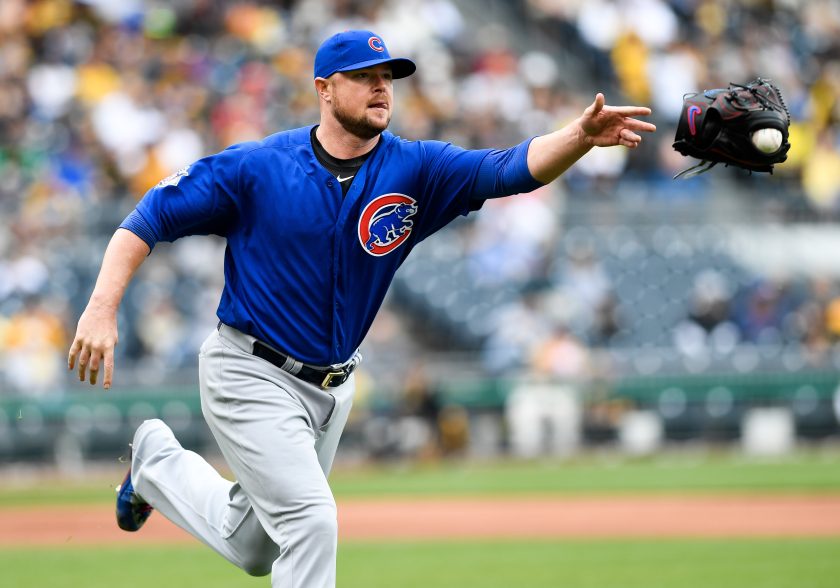 It isn't just Ankiel and Knoblauch who've suffered from the yips.

Former New York Mets catcher Mackey Sasser struggled throwing the ball back to the pitcher so badly that the team had to move him from the position. Jon Lester famously could not, for the love of him, throw the ball to first -- it got so bad that baserunners began stealing like crazy knowing he wouldn't throw over. Yet he could paint the corners with cutters easily. Matt Garza, Steve Blass and Steve Sax are just a few more names that have had similar issues.

Ankiel's was one of the more famous cases, because the world watched it unfold on MLB's biggest stage. In game one of the 2000 National League Division Series, the 21-year-old southpaw was far from "effectively wild," throwing five wild pitches and walking six in 2.2 innings. The Cardinals still won, but Ankiel's struggles carried into the next time he took the mound against the New York Mets in the 2000 NLCS. He peppered the net behind home constantly, walking three hitters before Tony LaRussa gave him the hook after getting just two outs.

Ankiel tried to explain exactly what happened in his mind during this on the "Pardon My Take" podcast.

"It's this anxiety feeling where I definitely felt more nerves than I ever felt before warming up in the bullpen. I remember walking from the bullpen to the mound in New York, and it was like, 'all right I got this.' You throw one pitch and it's close and it's fine, but then you throw one that's maybe not a strike but the catcher didn't catch it. And it's like my mind goes, 'oh no, here we go again,'" Ankiel said.

"This feeling comes over, and it's almost like I couldn't feel the ball. You go to fire it and you have this mini blackout and you're like, 'where'd the ball go?'"

Ankiel never recovered on the mound. He did, however, transition to the outfield and had a decent career as a hitter and centerfielder. There, he had no trouble throwing lasers from centerfield on a dot to home plate from more than 200 feet away. Funny how that works.

How Do Athletes Overcome the Yips? 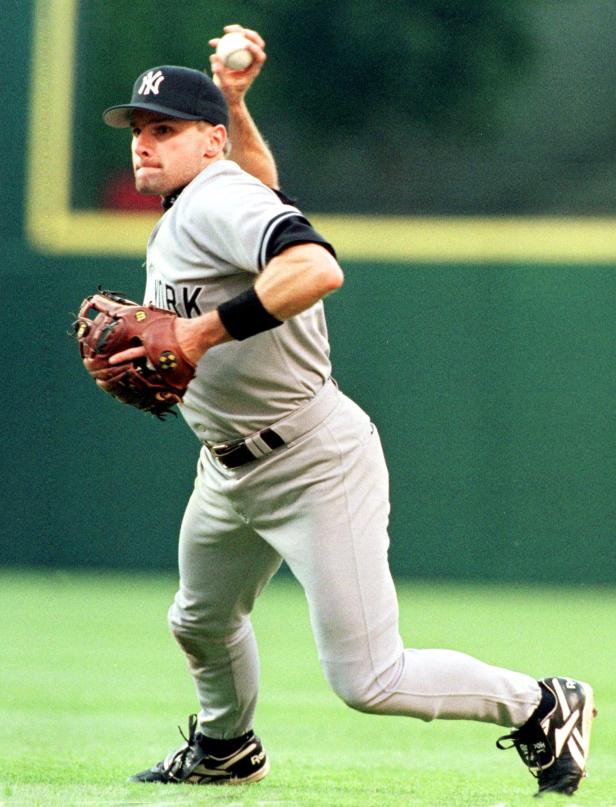 Some never do. But as common as the yips are, it's unsurprising that there are many techniques out there that athletes try to help overcome them.

Dr. McCabe suggests one way to overcome them is by letting them happen and telling yourself that it's OK that they're happening.

"Recognize when that surge happens you just have to ride it and feel it and understand it instead of fighting it," said McCabe, who won two national championships as a relief pitcher on LSU's baseball team in the 1990s and has battled panic attacks in the past.

Former MLB catcher Jarrod Saltalamacchia is another player who struggled with the yips, as he had trouble throwing the ball back to the pitcher at one point of his career. He began "tapping" his face and parts of his body as a method of stress management.

"You just kind of tap on different spots," he told Dr. Rick Leskowitz of Harvard Medical School in an interview. "You tap the forehead, the side of the eye, the lips, collarbone -- there's a bunch of different techniques to do. It could be anything from 5-10 minutes worth of tapping and talking about it or you can go for hours."

Atlanta Braves reliever Tyler Matzek worked with someone to "train" the yips away after the Colorado Rockies gave up on him. That process included blowing an airhorn in his ear when he pitched. He was one of the Braves best relievers in 2021 and won a World Series with the team.

Not every case of the yips is equal. Some athletes may struggle in different ways or for longer, and they may not all "cure" their yips with the same remedies.

Regardless, every single one of them will tell you they'd never wish the dreaded yips to fall on their worst enemies.

MORE: Chuck Knoblauch's "Yips" Ended His Career, But Where is He Now?