It's always sad to see the skills of a once-dominant baseball player start to wither away.

For some players, you can see it coming as they increase in age. For others, it seemingly happens overnight.

Chuck Knoblauch certainly falls under the latter of the two categories.

The former Minnesota Twins and New York Yankees second baseman played an instrumental role in his team's success early on in his career but ended up with a bad case of the yips. It ultimately put a premature end to his playing career.

So, what happened to Chuck Knoblauch? 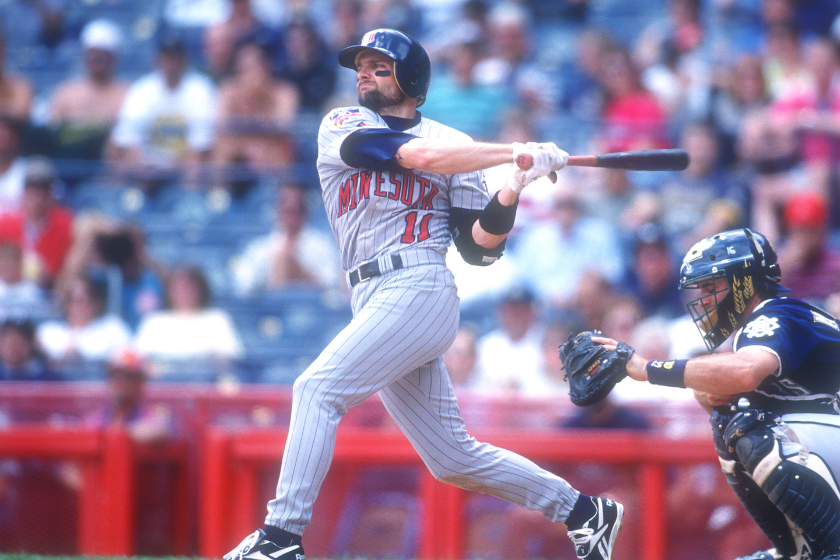 Edward Charles Knoblauch was originally drafted by the Philadelphia Phillies out of Bellaire High School in 1986 but opted to go to college at Texas A&M University.

After a few seasons at College Station, where he became a Second-Team All-American, Knoblauch entered the 1989 MLB Draft to continue the family tradition. His father and uncle were both baseball players, too, and played in the minor leagues.

Chuck Knoblauch started his MLB career off on the right track making his name known within the walls of the Metrodome in Minnesota. He earned American League Rookie of the Year honors in 1991 and helped the Twins win the World Series over the Atlanta Braves. If you haven't seen any clips from this game do yourself a favor and dive right in. The 1991 World Series is arguably the greatest World Series ever played and is one of the reasons that Greg Gagne, Kent Hrbek, and Kirby Puckett are in the Twins Hall of Fame.

The AL Rookie of the Year would spend his first seven seasons as a pro in Minnesota, where he was a four-time All-Star and two-time Silver Slugger.

Throughout his stay in the Twin Cities, Knoblauch hit 43 home runs, drove in 391 RBIs, and recorded 276 stolen bases, all while maintaining his prowess as a steady hitter with a career batting average of .304.

In 1998, Knoblauch requested a trade out of Minnesota and was dealt to the New York Yankees.

The Gold Glove-winning second baseman featured in the Yankees' three-peat of World Series championships from 1998-2000 but soon found himself struggling, particularly as a fielder.

Once beloved by Twins fans, Knoblauch was now a villain in the Twin Cities and was subject to harsh treatment when he returned to town, including having objects thrown at him while on the field.

"... You're trying to hurt me, knowingly throwing a quarter or a marble or something at me? It's twisted. It made me bitter about Minnesota, definitely," Knoblauch said via the Star Tribune.

In what may be the worst-known case of the yips in Major League Baseball history, Knoblauch's defense deteriorated so rapidly and noticeably that he could scarcely make the easy throw from second base to first base. In one instance, an errant Knoblauch throw hit Keith Olbermann's mother sitting along the first baseline.

As the throwing errors mounted, the Yankees' patience wore thin and eventually moved Knoblauch into left field for the first time in his career.

Knoblauch's career was winding down, and the Yankees didn't re-sign him following the 2001 season. During the offseason, he joined the Kansas City Royals, where he played his final season in The Show.

Life After Baseball for Knoblauch

Here's Chuck Knoblauch's mugshot from his recent arrest when he allegedly assaulted his ex-wife: pic.twitter.com/Azs1duNRmo

Life after baseball hasn't been great for Chuck Knoblauch.

His induction into the Minnesota Twins Hall of Fame was canceled after he was charged with assaulting his ex-wife, Cheri, in 2014. The incident, which took place in Houston, reportedly occurred after the former big-leaguer was upset with Cheri for sleeping in the bed with their child in another bedroom, rather than with him.

ABC 13 Houston obtained Knoblauch's mugshot from the incident. ESPN reported that Chuck and Cheri Knoblauch divorced in 2012 -- a couple of years prior to the incident.

This wasn't the first time Knoblauch had been linked to a domestic dispute. In 2010, he was charged with assaulting his former wife  -- a different woman -- and received one year of probation.

Where is Chuck Knoblauch Now?

Check out my Cameo profile: https://t.co/y7LligOjbJ Hit me up if you want a personalized shout out!!

These days, Chuck Knoblauch lives in Texas and can be found on Cameo. He's also involved with youth baseball in the Houston area, according to his Twitter bio.

MORE: What "The Yips" Are & How To Fix Them, Explained By a Sports Psychologist