Heck, Mickey Mantle (who once hooked up with a girl under the bleachers at Yankee Stadium and wrote about it) and Joe DiMaggio (who married the one and only Marilyn Monroe) would never survive the age of social media. But the Bronx Bombers of recent seem to be more private than those who used to rock the pinstripes.

No current Yankee is as famous as Aaron Judge. The 30-year-old is easily recognizable in New York City for his 6-foot-7, 280-pound NFL-like frame. The former first-round pick, three-time All-Star and 2017 American League Rookie of the Year is one of the most powerful sluggers in Major League Baseball.

Judge seems like an even-keeled guy who keeps his personal life private. But if you think the man set to make $19 million in 2022 doesn't have a girlfriend, let alone a wife, you'd be very wrong. Do you really think Patty Judge's son wouldn't have found love by now? 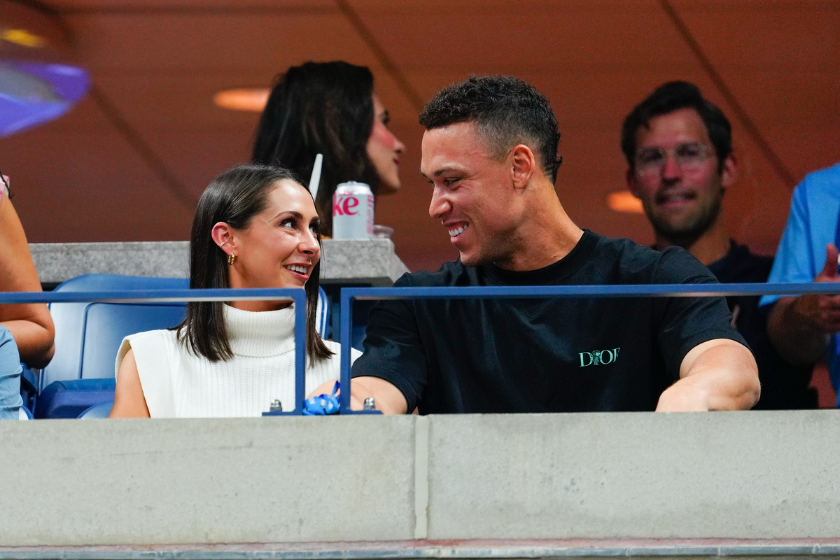 The pair have been together at least as far back as 2014 judging from an Instagram pic on his account. She and Judge's parents are posing in the photo from a Thanksgiving run.

Judge and Bracksieck reportedly split up in 2016. Judge was then rumored to be dating Jen Flaum, a University of Michigan graduate who grew up in New Jersey and worked in real estate.

During that time, Bracksieck reportedly got engaged to another man.

"Her and Aaron Judge broke up in October/November 2016. She started dating Luke Heinrichs only two months later in January of 2017," Terez Owens reported. "They were serious very quickly and she got engaged while they were on vacation together a year later on May 12, 2018."

However, she was back together with Judge in 2019. She was on the right fielder's arm at then-teammate C.C. Sabathia's LegaCCy Gala in September 2019. Bracksieck was also spotted with Yankees outfielder Giancarlo Stanton's girlfriend, Chase Carter, in October at Target Field for the ALDS. 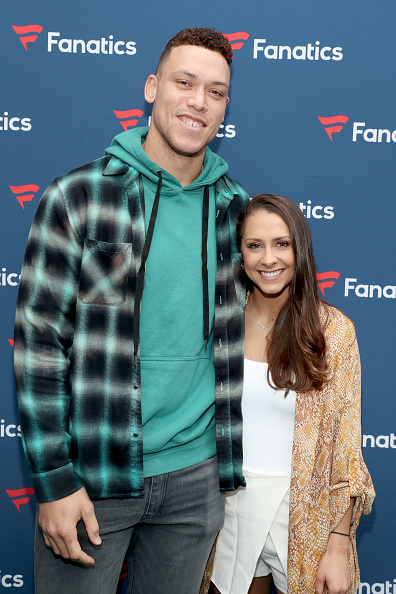 In February 2020, Judge and Bracksieck flew to Miami for the Super Bowl. They attended the Fanatics Super Bowl Party and Sports Illustrated's The Party, according to SportsGossip.com.

For those of you wondering, jail stripes are not the same as pinstripes. Bracksieck became a trending topic after name-dropping her superstar boyfriend during a DUI arrest in February.

She was pulled over in Scottsdale, Arizona, at about midnight on February 25, 2020, for driving without her headlights on. The then 27-year-old told police she was on her way home from Mastro's Steakhouse, where she had two glasses of wine. She blew a 0.12 on a breathalyzer and was put under arrest.

The oddest part of the exchange between her and police, which is all on police video, is when she brings Aaron Judge into it.

"Do you understand what you are doing right now? ... I just need to get home. ... Do you know who my boyfriend is? This is going to be bad for me. I'm just saying that right now. ... So me being arrested for having two glasses of wine is not OK. Oh, f**k," she said in the video.

Here's just a brief part of the conversation, transcribed by NJ.com:

Bracksieck: "My boyfriend is in the spotlight of New York media in general, and now here I am in cuffs in Scottsdale, Arizona. That is not good."

Police: "What does he do? Does he own a company?"

Bracksieck: "He plays baseball for the Yankees so this is not good."

Police: "Who is your boyfriend?"

Bracksieck: "Aaron Judge. This is so bad."

TMZ reported that Bracksieck blew two higher BAC tests of .169 and .181 at the police station. She was then hit with charges of extreme DUI. She reportedly could've faced jail time, bringing some irony to Judge's catchphrase "All Rise." TMZ reported that she ended up cutting a deal with prosecutors and pleading guilty to misdemeanor DUI. The Yankees star didn't comment on the incident.

However, Bracksieck moved past the incident and in December 2021, she and Judge tied the knot at a beautiful, small ceremony at the Montage Kapalua Bay resort, in Hawaii according to the New York Post. New York Yankees utility man Tyler Wade, who is teammates with Judge, posted some pictures on his Instagram recapping the weekend.

Aaron Judge's First Year as a Married Man Has Been Historic 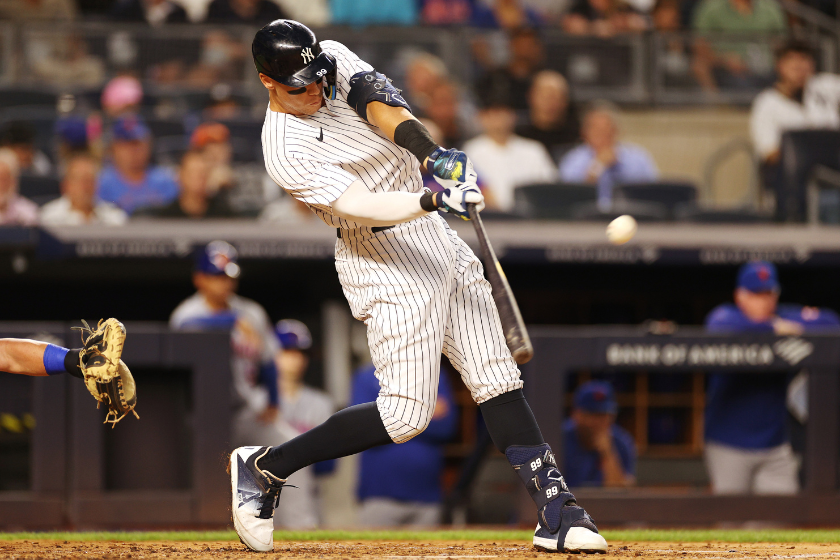 The New York Yankees slugger and outfielder is undoubtedly a public figure in the MLB and professional sports world, and the New York media can be ruthless. He can shake it off though because he's more focused on hitting home runs than worrying about the tabloids.

And that's all Aaron Judge has been doing in 2022, putting together a historic season at the plate. With Roger Maris' single-season American League home run record seemingly within reach, if the honorable right-handed slugger can finish strong, he'll be the greatest single-season home run hitter to ever wear pinstripes, and that includes the Great Bambino, Babe Ruth, who Judge tied with his 60th home run of the season.

Sure, home runs are great, and breaking Barry Bonds' 73 home run record would be insane, what Judge is really after is a big payday and a Triple Crown win. However, as history repeats itself, Judge is battling Angels dual-threat Shohei Ohtani for AL MVP honors. In his 2017 season, the Yankees phenom should not have been as good as he was and one could argue that Judge was robbed of an AL MVP before even considering the allegations against Jose Altuve, who won the award.

Perhaps 2022 is the year he takes back the hardware that was rightfully his. But for Yankees fans, all they care about is a trip to the playoffs that ends in a World Series win. After all when you have a baseball player on your team that the Boston Red Sox fear, you know you've got something good.

This article was originally published May 22, 2020.