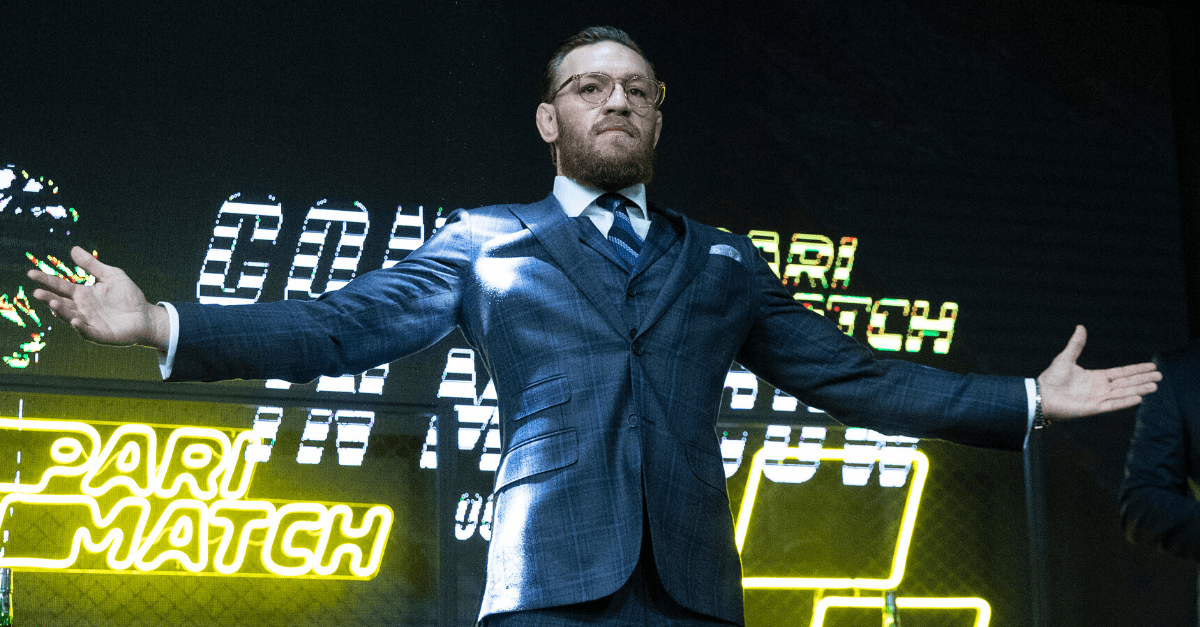 MOSCOW (AP) ? Conor McGregor will return to mixed martial arts in January with a UFC fight in Las Vegas.

The Irish fighter said Thursday he will return “fully focused” on Jan. 18 at the T-Mobile Arena.

“That is my comeback fight. It is 12 weeks this Saturday. I am in prime physical condition. I have agreed the date with the company,” McGregor said, adding that he knows his opponent’s name but won’t reveal it. “If I was to give you people the name, which I would love to do, I know the UFC would flip it because they are a crafty company.”

The 31-year-old McGregor hasn’t fought since losing by submission to Khabib Nurmagomedov in October 2018. He was banned for six months and fined $50,000 for his part in a post-fight brawl.

Conor McGregor announces his comeback fight will be Jan. 18 at T-Mobile Arena in Las Vegas.

Donald Cerrone is the front-runner to be his opponent, per @arielhelwani. pic.twitter.com/veplMrKwub

McGregor said he is targeting two more fights, including a rematch with Nurmagomedov in Moscow. He also aimed a string of insults at the Russian fighter.

After the Jan. 18 fight, McGregor said he would then like to fight the winner of the Nov. 3 bout between Nate Diaz and Jorge Masvidal, followed by either Nurmagomedov or Tony Ferguson.

“I’m going to go through the entire roster like a chain saw through butter,” he said.

“If he’s ready for it, then we’ll beat him up in Moscow,” Abdulmanap Nurmagomedov told Russia’s state news agency Tass. “It won’t be a rematch, it’ll be another bout with a beating.”

The future is bright! pic.twitter.com/4WtaY9Cyu8

McGregor’s return comes as he faces more legal issues. He is facing an assault charge in Ireland over an incident in which he appeared to punch a man in a bar.

He said he is planning to abstain from alcohol and late nights in the run-up to his next fight.

“I am focused here,” McGregor said. “I am structured now.”