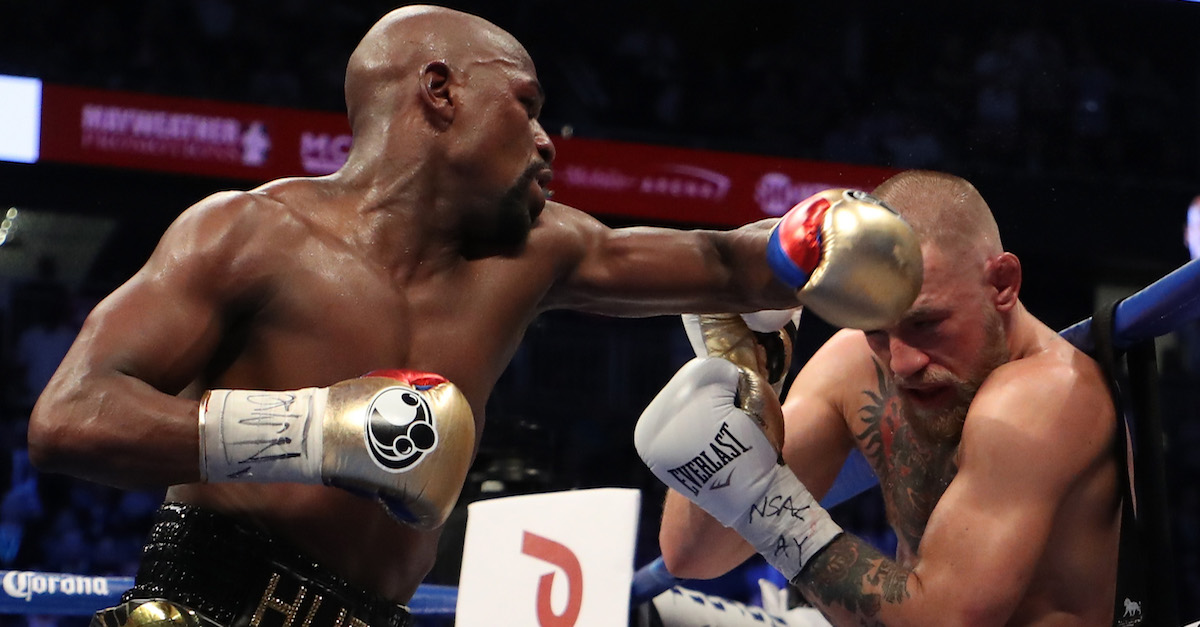 Floyd Mayweather handled Conor McGregor in their historic boxing matchup back at the end of August with a 10th-round TKO.

With that epic showdown now in the rear view, Mayweather has a pretty interesting bit of art in his home:

According to the Daily Mail, the portrait is eight-feet tall, 12-feet wide and made of broken glass. Mayweather apparently had it made before his fight with McGregor and it hangs in his $19 million Beverly Hills home.

It was an interesting move after McGregor’s decision to add a mural of Mayweather in his gym:

Reminder that #McGregor has this #Mayweather KO mural in his gym 😂 #Irony pic.twitter.com/B6HQhhbZeZ

The superfight between McGregor and Mayweather captivated the nation, and with an audience of millions, Mayweather (50-0) finished McGregor (0-1) with a flurry of punches.

Mayweather announced after the fight that this would be his last match, as he praised McGregor for lasting as long as he did.