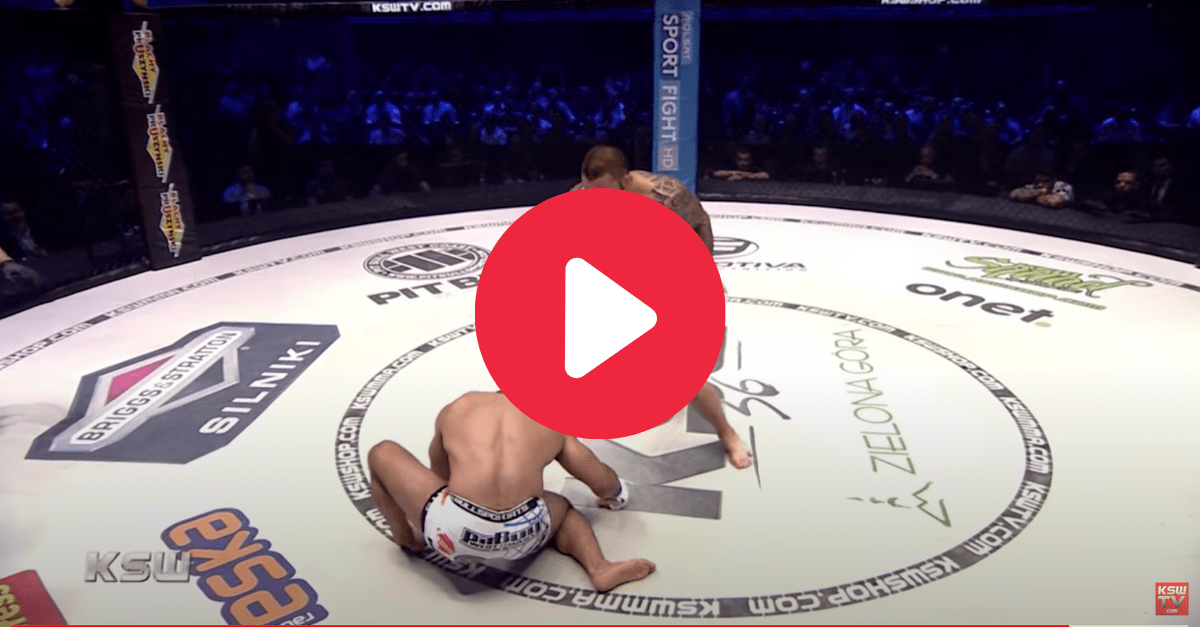 Uppercuts aren’t uncommon in mixed martial arts, as are flying knees, spinning backfists and anything else once can imagine. Knockouts certainly aren’t either. However, a fighter turning his opponents legs into basically Jello is not something you see every day.

That’s exactly what happened to exiled UFC fighter Rousimar Palhares when he fought overseason in Europe after a career in the United States.

The former welterweight champion suffered a brutal knockout in 2016 after a pinpoint uppercut from Michal Materla in a middleweight matchup at KSW 36 in Poland. The loss gave Palhares his second straight KO defeat, and it made his legs fall to the ground like Jello. He fell victim to a similar knockout punch in May against Emil Weber in Italy.

The embattled Brazilian native was released from the UFC in 2013 after multiple infractions, including a drug suspension in 2012 and two acts that were deemed “unsportsmanlike” by UFC president Dana White.

In two different fights, one in 2010 and the other in 2012, Palhares failed to let go of a submission move, despite the referee stepping in to stop the fight and his opponent tapping out.

Palhares was also suspended by the World Series of Fighting in 2015 for once again failing to release a submission hold after the referee had intervened to stop the fight.

Palhares was subsequently stripped of his welterweight title and described by WSOF vice-president Ali Abdel-Aziz as having “mental problems” that should preclude him from being allowed to fight professionally.

I guess by the time he was back in the octagon in 2016, karma hit him like a sack of bricks.