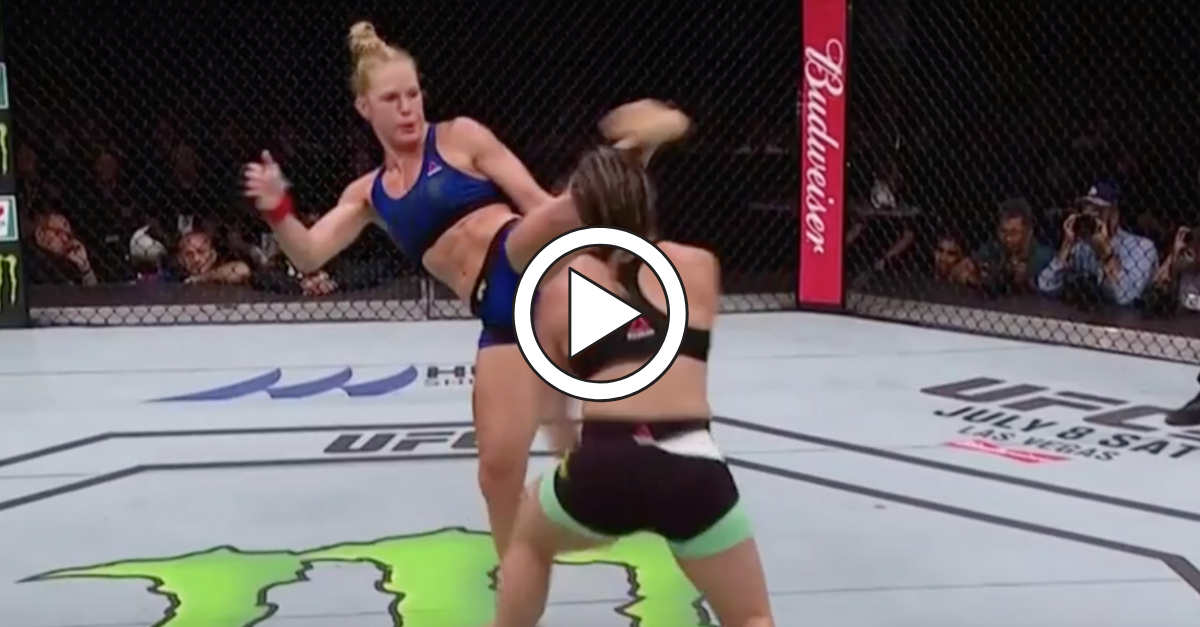 After suffering three consecutive losses following her shocking win over Ronda Rousey, Holly Holm finally got back on track with an absolutely devastating knockout victory over Bethe Correia at UFC Fight Night 111.

Holm was tentative headed into the fight in June 2017, opting to wait for Correia to strike and counter. But after a quick stoppage for the ref to tell Correia and Holm to get the action started, Holm attacked ferociously in the third round and put Correia to sleep with a nasty head kick before finishing it with a vicious hook to the jaw.

Holm had been on the wrong end of losses in her first title defense to Miesha Tate, where she was winning before getting caught in a submission and being put to sleep. She then lost a decision contest to Valentia Shevchenko and a controversial decision loss in the inaugural Featherweight Championship contest to Germaine de Randamie.

Correia hadn’t much luck since losing to Rousey back in August 2015, either. A loss to Raquel Pennington, win over Rachel Eye and draw with Marion Reneau have plummeted her stock in the women’s bantamweight division.

MORE: From UFC to WWE, What is Ronda Rousey?s Net Worth?