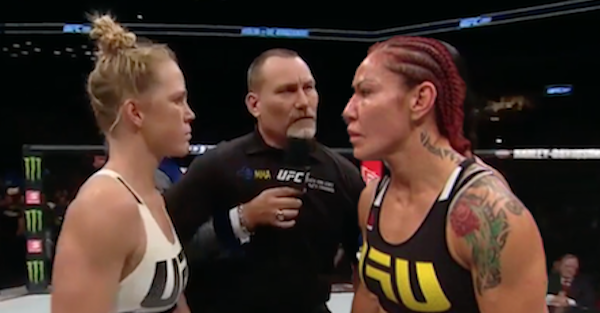 Ring announcer Bruce Buffer shared a photo of himself with Holm on Instagram hours after the fight, captioning that he was “so honored to call her my friend.”

@HollyHolm is a true Warrior both in “Victory & Defeat”… Words cannot describe my respect & fandom for her… I feel so honored to call her my friend. She is a true example of “To Be Great Is To Be Humble” 🙏 #UFC

The challenger’s manager, Lenny Fresquez, confirmed to ESPN that his fighter went to the hospital and received X-rays on her head and arm after the fight and was “pretty sore” the following morning, but added that “she’s fine” and “resting in [Las] Vegas.”