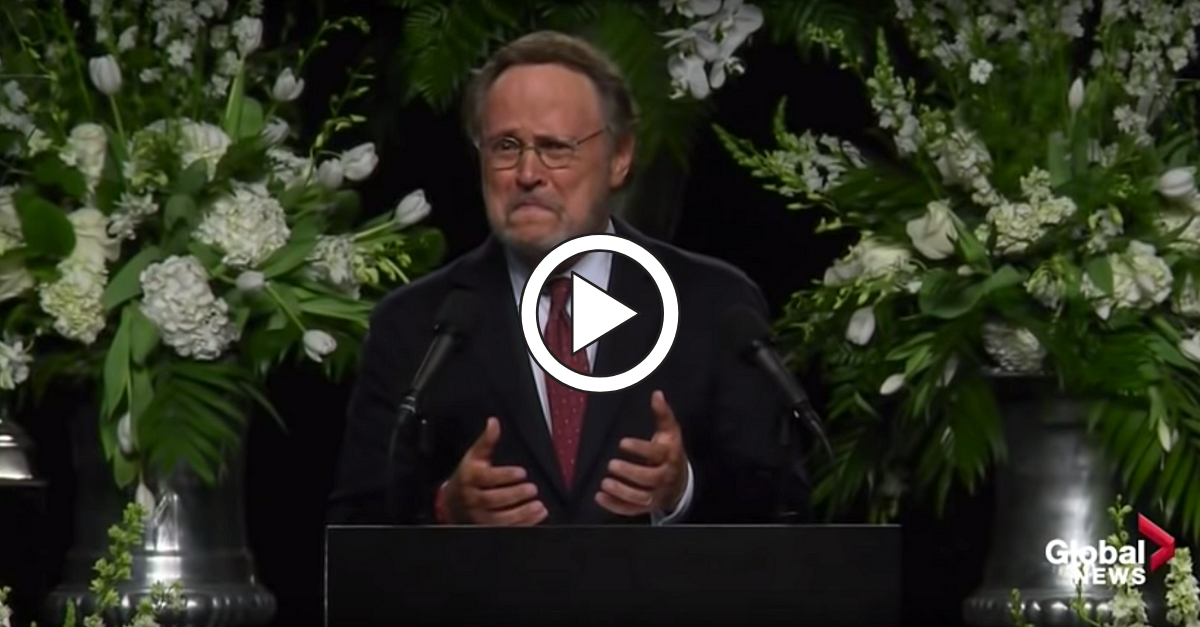 On Friday in Louisville, Kentucky, famed boxer Muhammad Ali was mourned by thousands of friends and family.

One of those admirers was Billy Crystal, a longtime friend of Ali and a man who admittedly revered the boxing champ.

During the 1970’s and 1980’s, Crystal became well known in part thanks to his pitch perfect impression of Ali. On Friday, that impression peaked its way into Crystal’s eulogy that fondly looked back on his pal.

?Only once in a thousand years or so do we get to hear a Mozart, or see a Picasso, read a Shakespeare,? Crystal said at the end of his eulogy.

?Ali was one of them, and yet at his heart, he was still a kid from Louisville who ran with the gods and walked with the crippled and smiled at the foolishness of it all. He is gone, but he will never die. He was my big brother.?

Crystal would later talk to NBC’s Matt Lauer about why he wanted to speak at the funeral.

“He would have wanted me to do it,” Crystal explained.

“I wanted to bring the joy … the friendship that I felt, the humanity of it. Everybody knows about his history, but they don’t know him the way I was fortunate to know him.”

This article was originally published on June 12, 2016.

READ MORE: Louisville’s Airport Will Officially Be Renamed to Honor “The Greatest”