Louisville’s Airport Will Officially Be Renamed to Honor “The Greatest” 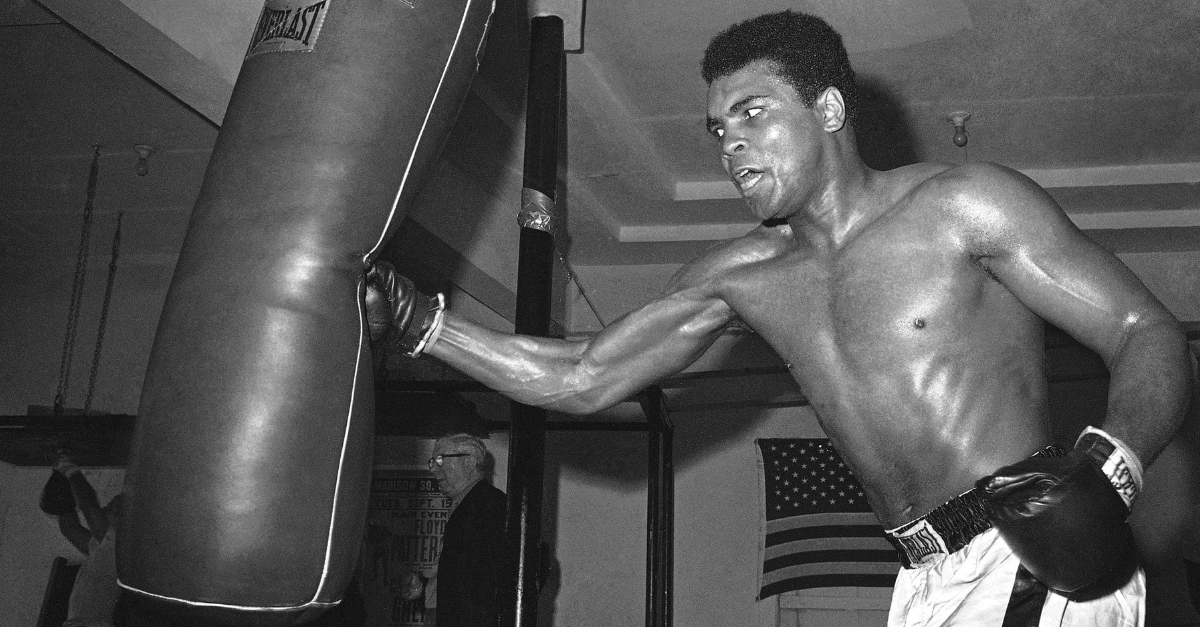 Muhammad Ali was never worried about a fight. Honestly, there really wasn?t much ?The Greatest? was ever fearful of. The only thing that bothered him was a bad airplane flight and now, ironically, Louisville International Airport will be renamed after him.

On Wednesday, the day before the boxer and humanitarian would have celebrated his 77th birthday, the Board of the Louisville Regional Airport Authority voted to recognize Ali and rename the city?s airport in his honor.

The airport?s three-letter code ? SDF ? will remain the same, but it will now officially be called the Louisville Muhammad Ali International Airport.

The coolest part? This was a community decision. Just after the legendary 1974 ?Rumble in the Jungle? victory over heavyweight champion George Foreman said, ?I?m recognized all over the world now, but my greatness came and started in Louisville.? It?s amazing to see one of the greatest athletes of all time be honored in such a big-time way.

“Muhammad Ali belonged to the world, but he only had one hometown, and fortunately, that is our great city of Louisville. Muhammad became one of the most well-known people to ever walk the Earth and has left a legacy of humanitarianism and athleticism that has inspired billions of people. It is important that we, as a city, further champion The Champ’s legacy. And the airport renaming is a wonderful next step.?

Ali, formerly known as Cassius Clay, was born on January 17, 1942 in Louisville, Kentucky and was one of the most charismatic athletes the world has ever seen. Not to mention, he could back up that Louisville Lip fight after fight in the ring. The boxing legend died from septic shock on June 3, 2016 in Scottsdale, Arizona at the age of 74.

Ali?s widow, Lonnie Ali, said in a news release she?s proud the city is changing the airport?s name to ?reflect Muhammad?s impact on the city and his love for his hometown.?

“I am happy that visitors from far and wide who travel to Louisville will have another touch point to Muhammad and be reminded of his open and inclusive nature, which is reflective of our city,” she said. “Muhammad was a global citizen, but he never forgot the city that gave him his start. It is a fitting testament to his legacy.?

Thanks to the airport board, Ali?s name will forever be attached to the city, and the name change could not have came at a more fitting time.