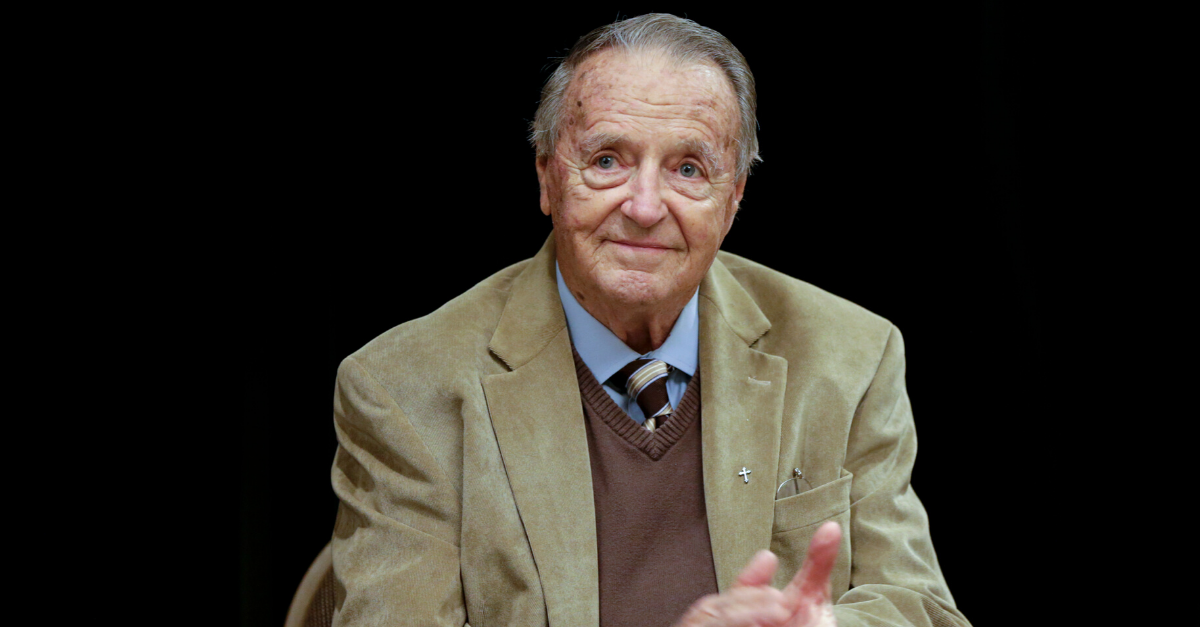 Bobby Bowden has never been afraid to tell it like it is, or at least exactly how he sees it. The longtime, and I mean loooongtime, head coach of Florida State University’s football team has been granted that privilege after winning 315 games and two national championships over 34 seasons before retiring from the game in 2009.

The legendary college football coach sparked controversy with comments about fatherless players in 2017 and raised eyebrows when he praised President Donald Trump at a rally in 2018. One thing Bowden has always maintained, however, is his faith.

He and son Steve Bowden penned a book in 2014, The Wisdom of Faith, and he has proclaimed his Christian faith many times, including in an article for the Gospel Herald in which he says God is “the most important thing in the world.”

Now, the former Seminoles coach is using his voice to offer a perspective on a hot topic in high school sports: Whether prayer and religion belongs on high school football fields.

“I learned a long time ago that you don’t have to go around using bad language and trying to hurt people to show how macho you are. That stuff won’t get you anywhere, it just shows lack of vocabulary and character.” Bobby Bowden pic.twitter.com/yv9L6hBJBo

Coach Bowden co-authored an opinion piece for The Tallahassee Democrat with his son and former Clemson Tigers head coach Tommy Bowden, and he didn’t hold back regarding his stance on the issue.

“Prayer and football have always gone together, at least in our coaching careers. And it?s time our lawmakers recognized that freedom for high school student athletes as well,” the piece began.

Why is Bowden and his son writing about this now? The Florida High School Athletic Association has an ongoing lawsuit regarding whether two Christian schools should’ve been allowed to recite a prayer over the stadium’s loudspeaker before a state championship game in 2015.

Florida’s Education Commissioner, Richard Corcoran, wrote a letter to the FHSAA last December urging it to review its policies to “ensure religious expression is permitted to the greatest extent possible under the law.”

The Bowdens called the FHSAA’s decision “confusing” and “frustrating.”

“Thankfully, it seems like the leaders in Tallahassee are more concerned with finding a solution that increases freedom and respects the religious speech of Floridians. If adopted by Florida?s Legislature, a new law would offer 30 seconds of time to both schools engaged in the competition controlled by the FHSAA to provide remarks over the loudspeaker prior to kickoff. During this time, they could say whatever they?d like: recite a poem, give a pep talk, chant the school fight song or yes, even offer prayer… The FHSAA has spent four years sending a message to student athletes across the state of Florida that prayer in public is wrong. It?s not. We hope the Florida Legislature sends a different message, one of tolerance and respect for the freedoms of speech and religion dear to our democracy.”

There have been plenty of Supreme Court cases surrounding this sort of thing, but one in particular was Santa Fe Independent School District v. Doe (2000). The Supreme Court ruled that a policy permitting student-led prayer at a high school football game violates the First Amendment.

What’s interesting in this case is it was a game between two private Christian schools. Should that have changed the scenario?

Bowden and his son clearly think so.

Bowden was born in Birmingham, Alabama, and grew up attending church every Sunday. He played football at Alabama and Howard before becoming the winningest coach in FSU history and being inducted into the College Football Hall of Fame in 2006.

His family is also the most famous coaching family in college football history. Three sons — Tommy (Clemson), Terry (Auburn) and Jeff (Florida State) — all coached college football in some capacity.

The elder Bowden has discussed his Christian faith in his books, such as Called to Coach: Reflections on Life, Faith, and Football (2010), The Bowden Way : 50 Years of Leadership Wisdom (2001) and Winning’s Only Part of the Game : Lessons of Life and Football (1996). It’s also been the inspiration for the documentary, ?The Bowden Dynasty: A Story of Faith, Family & Football.”

The former Florida State Seminoles coach also heavily involved in the Fellowship of Christian Athletes, which annually awards one student-athlete The National Bobby Bowden Award for his or her on-field and off-field achievements, including their conduct as a faith model in the community.