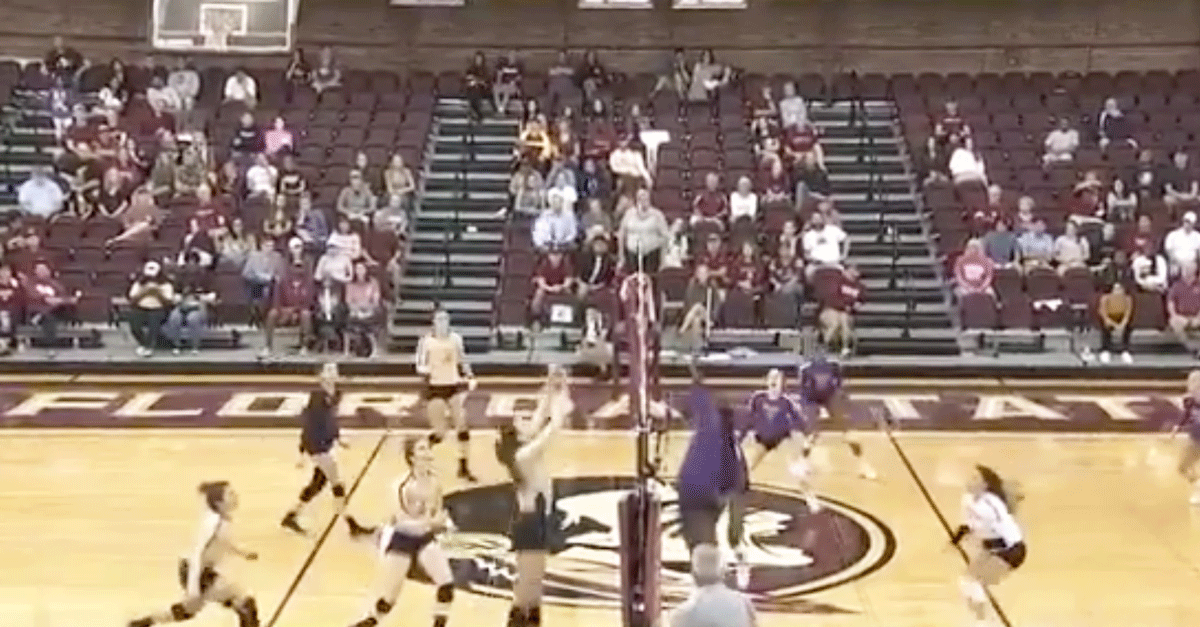 The Florida State Seminoles volleyball team won both games in Friday-Saturday sets for the third consecutive weekend. This weekend were both home matches against Georgia Tech and Clemson in Tully Gym.

The ‘Noles have now won six matches in a row, nine of their last 10. The Yellow Jackets and Tigers are not the toughest competition, but those are the matches they must win as the better team, especially with home court advantage. They are must-wins now since they have Pittsburgh and Louisville coming up on the schedule. They didn’t sweep either team, but 3-1 in each is a solid way to take two conference matches.

FSU comes back to top the Tigers. With Louisville's loss to Pitt, the Seminoles are now tied for second in the ACC. #GoNoles | #WarriorOn pic.twitter.com/E7xkphdYTK

At 13-7, the team could be getting close to some recognition in some national rankings. But they will have much tougher match-ups next month. Notre Dame is a solid team they will play twice in two weeks with Louisville in between. Miami(Fl) and Virginia Tech are net on the schedule though. The Hurricanes are pretty close to Florida state as far as RPI, but the Hokies are much lower.

But the Seminoles have done a great job of taking it one set at a time. They did not jump out to leads in either of the matches this weekend, but they just played their game and eventually took three out of four sets in both.

FSU outhits GT and picks up double-digit blocks in a four-set win over the Yellow Jackets. #GoNoles | #WarriorOn pic.twitter.com/r7pTzt0hJf

After a back and forth first set when Tech led early, the ‘Noles eventually took a lead and kept it for the win. They then lost in a really close second set, 25-23, after holding an early lead. But they were then able to take the third and fourth sets to close out the match.

They were led by Payton Caffrey, who had 19 kills and nine digs. But she did only hit .175 to get that many kills. Brianne Burkert led the team in assists with 23 while Adrian Ell had 22 and 14 digs. Kelsey Wicinski led the way with 23 digs.

FSU comes back to top the Tigers. With Louisville's loss to Pitt, the Seminoles are now tied for second in the ACC. #GoNoles | #WarriorOn pic.twitter.com/E7xkphdYTK

Caffrey’s struggles from Friday continued into Sunday against Clemson when she had a hit percentage of .172. But the whole team got off to a bad start when they lost the opening set to the Tigers.

The Seminoles controlled sets two and three. Set four came down to only two points, but they managed to hold on after leading 24-16 and Clemson pulling it to within 24-23. Ashley Murray led the team in kills with 11 while Christina Ambrose had 10. Burkert and Ell each had 18 assists.

After that hustle, Tiana and @tarynknuth weren't letting that ball come back over. pic.twitter.com/cvUGN4xthM