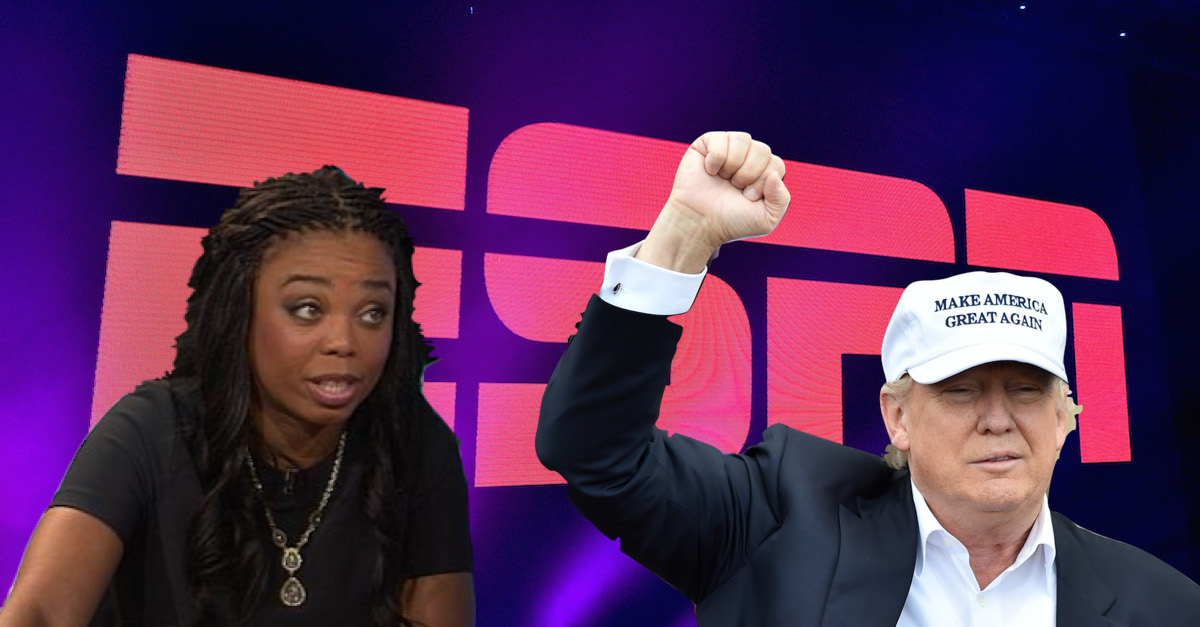 ESPN personality Jemele Hill came after Donald Trump in recent Tweets calling the President a white supremacist, and as we know, Trump is not the type of person to back down from a public challenge.

In fact, the White House, via press secretary Sarah Huckabee Sanders, is of the belief that ESPN should fire Hill. Here’s what she said in a recent press briefing at 1600 Pennsylvania Ave NW:

“I think that’s one of the more outrageous comments that anyone could make and certainly something that I think is a fireable offense by ESPN,” Huckabee Sanders said.

Sanders relayed that she’s not sure if President Trump knows of Hills tweets, but you can bet that he’ll hear about them now that they’re in not just the national sports spotlight, but now in the political arena as well.

ESPN hasn’t necessarily stopped its anchors and personalities from getting political from time to time, but this has already become a bigger story than Hill — or ESPN — likely figured it would. ESPN is part of the pop-culture of the United States, thus Hill has the ability to impact that pop-culture. Even she probably never realized that this would become such a big deal, though, so it’s going to be interesting to see if she ends up backtracking on her statements.

The four letter network has publically reprimanded her and ESPN also apologized for her comments, but now the highest office in the land is calling for her job. We do have freedom of speech as Americans, but that freedom does not make us immune to the consequences of what we say, good or bad.

Stay tuned. This has gone from a sports story with political ties to a full blown thing in the world of politics. Hill’s comments were addressed by the White House press secretary, for Pete’s sake.

This could get wacky. It already is a huge story.