Tennis star Naomi Osaka is one of the brightest young talents in the sport.

At only 24, she's already a superstar. From becoming the world's No. 1 tennis player to winning four Grand Slam titles, Osaka is only getting started. While she is one of the faces of tennis, her boyfriend Cordae happens to be a superstar within his own line of work.

Osaka and the popular rapper Cordae make up one of pop culture's biggest young power couples.

Who is Naomi Osaka's Boyfriend? 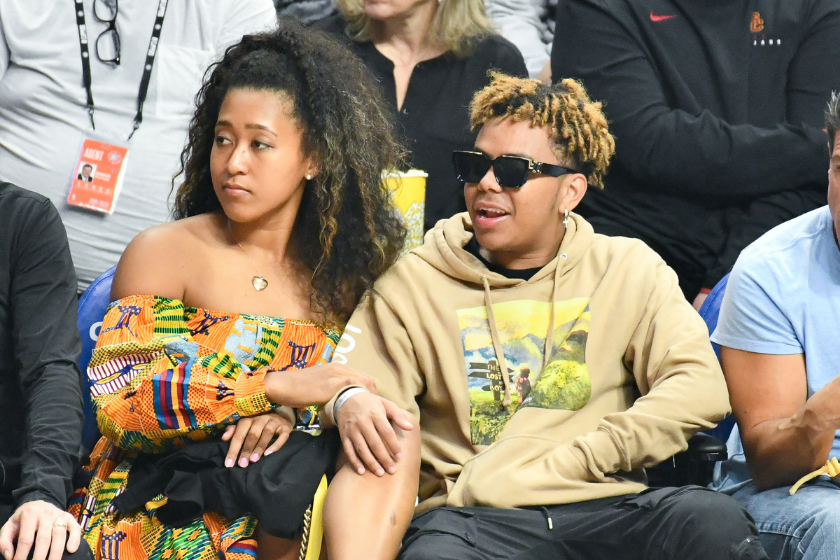 YBN Cordae, born Cordae Amari Dunston, and Naomi Osaka began dating in 2019. Their first date was at the Staples Center for a Los Angeles Clippers game. At the time the two began dating, however, Cordae was unaware that Osaka was a star tennis player, he said on the "Ebro in the Morning" radio show.

"It's not my sport. If you asked me about tennis, before being immersed in it because of Naomi, I could only give you Venus and Serena Williams, you know? Because they're just a part of the culture," he told GQ.

"...that was my first time being in an environment like that in my entire life. My elementary school, middle school, high school was 99.9 percent Black. Kids who look like me. It just felt really weird for me being in that space. That was my first tennis match ever," Cordae said.

Cordae was back in the stands cheering on Osaka as her biggest tennis fan at the 2020 U.S. Open Finals, where she defeated Victoria Azarenka.

Cordae is a Famous Rapper

Cordae is best known for his hip-hop career. The Maryland-born artist (who is also known as Entendre) was nominated for two Grammy Awards in 2020, one for his album "The Lost Boy" and another for his hit song "Bad Idea." The former peaked at No. 6 on Billboard's Top Rap Albums and received nominations for best rap album and best rap song.

He was previously a part of the YBN Collective rap group. Cordae's also been on songs with artists like Eminem, John Legend, Young Thug, Nas and Busta Rhymes.

Osaka often shares pics of her and Cordae on social media ans captioned an Instagram post after the 2020 U.S. Open's women's singles finals.

"Appreciation post for the mister because I feel like it today. This pic was right after winning the US Open finals. He stopped everything he was doing because I FaceTimed him a couple days earlier and said I was feeling sad and lonely in the bubble. I later found out that he hopped on a plane shortly after that call and then quarantined himself for a couple days in a hotel to see me and support. The funniest part is even after doing all this I'm still convinced he doesn't understand the rules of tennis lol," she wrote.

Cordae and Osaka have also been vocal in support of the Black Lives Matter movement. She wore masks with names like Breonna Taylor and George Floyd at the 2020 U.S. Open. He joined protests in Kentucky after the killing of Taylor. She's also supported the movement to defund the police, but not necessarily get rid of police. 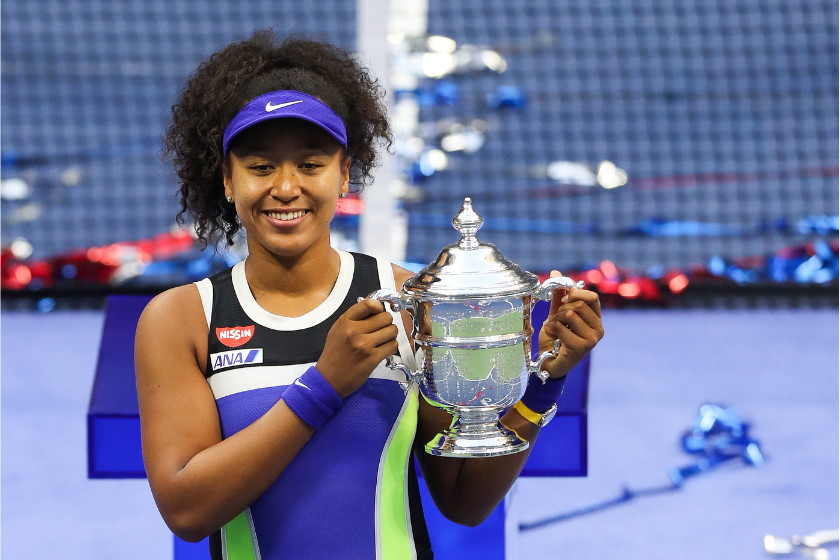 Naomi Osaka is one of the best female athletes on the planet. She's already a four-time Grand Slam Singles Champion at the age of 24.

Osaka has won the Australian Open twice and the U.S. Open twice. The Osaka, Japan native who grew up on Long Island, New York, turned professional in 2013 just before her 16th birthday. She earned her first WTA title at the Indian Wells Open in 2018 and followed that up with her first Grand Slam title in 2018 at the U.S. Open.

She suffered a stunning upset at the 2020 Tokyo Olympics in her home country, losing to Marketa Vondrousova of the Czech Republic.

Osaka won the Australian Open in 2021 against Jennifer Brady after defeating Serena Williams in the semi-finals. The win made her one of three players in tennis history to have won each of their first four Grand Slam finals. Talk about clutch.

In order to complete a Career Grand Slam, the Japanese tennis champ needs to earn victories at Wimbledon and the French Open. She's only advanced as far as the third round in either event in the past.

If the 24-year-old women's tennis star and Grand Slam champion does accomplish that, we know her boyfriend and rapper Cordae will be in the stands cheering her on. Even if she decides to take more breaks from tennis because of mental health reasons, Cordae will support her every step of the way.

Get used to seeing Osaka and her boyfriend at tennis tournaments, the ESPYs, press conferences and on her TikTok account.