O.J. Simpson’s former manager has a piece of very strong advice for his good friend 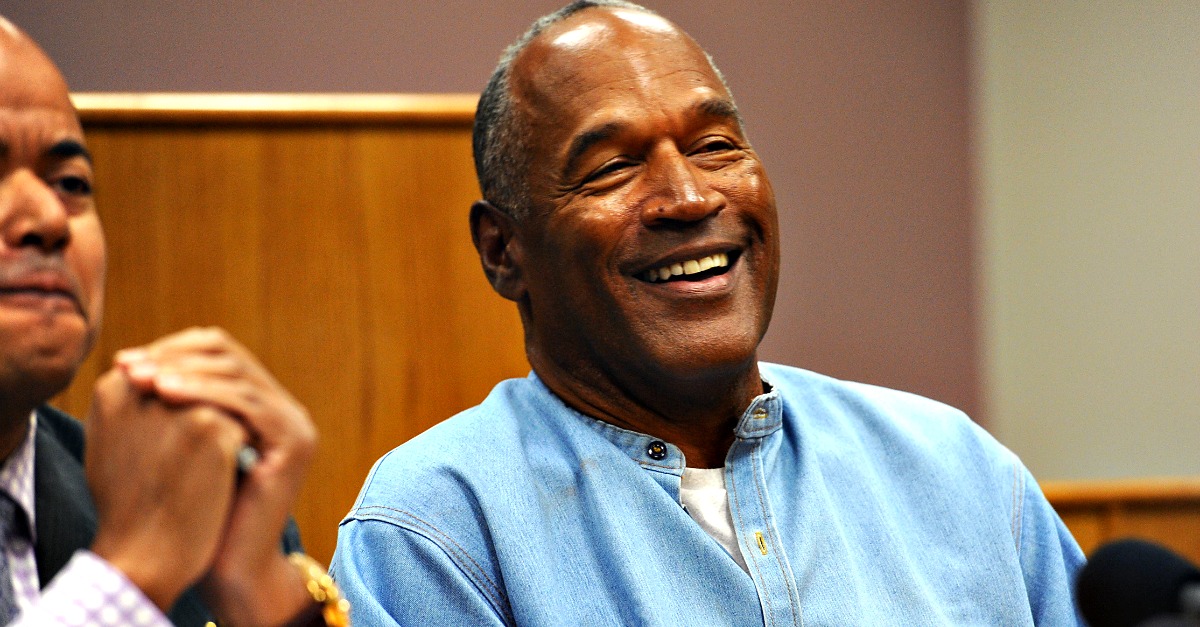 The ex-manager and long-time friend of O.J. Simpson expressed relief that the former football star will be released from jail after he was granted parole on Thursday, and he had a piece of very strong advice for him — get some different friends.

“Stay away from his bad friends,” his ex-manager, Norman Pardo told FanBuzz. “He has some friends who are felons and he needs to distance himself, and I hope he can pick good friends.”

Simpson, now 70, has served just over nine years of a 30-year sentence for a memorabilia robbery in Las Vegas in September 2007. Simpson and five other men entered a hotel room and held two memorabilia dealers at gunpoint because Simpson claimed they had possession of items that rightfully belonged to him. Simpson was arrested, held without bail, and eventually convicted of kidnapping, armed robbery, assault with a deadly weapon, burglary and conspiracy.

One of them men involved in the robbery, convicted felon Thomas Ricco, taped the event and sold it to TMZ.com for $150,000. He testified he made another $60,000 from television appearance fees. He was given total immunity to testify in the burglary case.

And, he had this advice for his friend.

“He just needs to make sure that he considers someone a real good friend. You can tell a good person from a bad person. It’s gonna be easy for him to get back in prison if he hangs around the wrong people.”

Pardo said he’s sure he and Simpson will get together, and when they do, “I don’t want to talk about his prison time. I just want that to be forgotten.”

What’s the first thing they’ll do?

“Probably just go out for sushi. That’s his favorite thing.”

Simpson was a football star at Southern California, where he won the Heisman Trophy in 1969. He played in the NFL from 1969-1979, and in 1973, became the first player to rush for more than 2,000 yards in a season. He played for the Buffalo Bills until 1977, and was traded to the San Francisco 49ers following that season, an that’s where he played the final two years of his career. He was inducted into the Hall of Fame in 1985