Check Out These Special and Wild NBA All-Star Game Sneakers 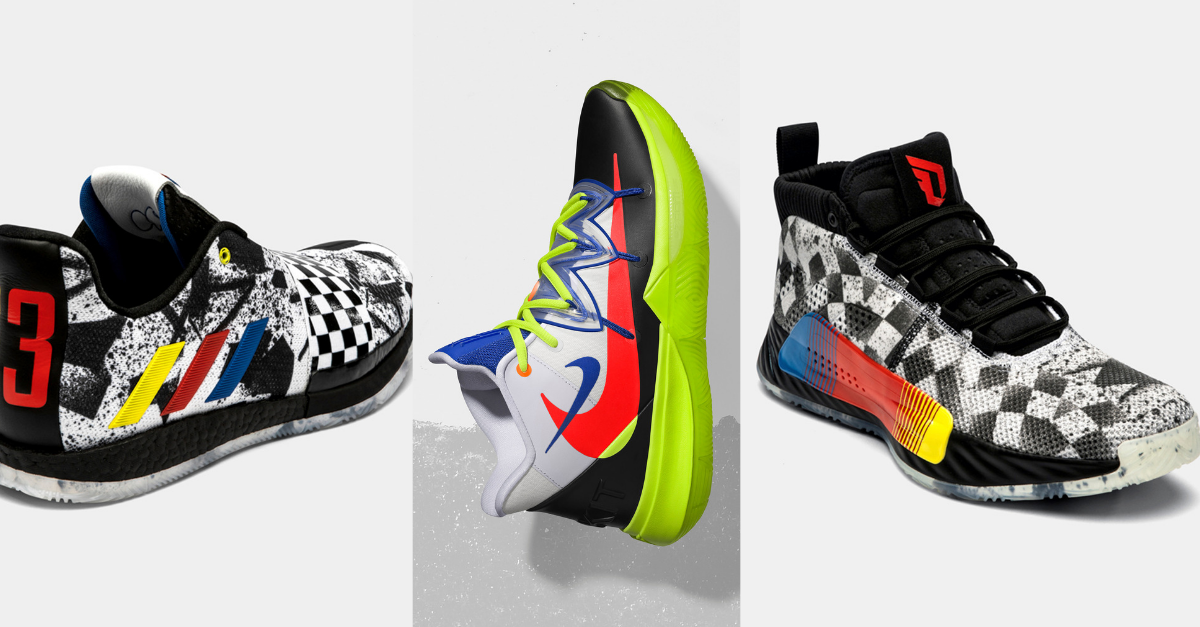 CHARLOTTE, N.C. (AP) ? NBA players once again will be sharing personal stories this weekend during All-Star festivities ? and using basketball shoes as a platform to get their message out.

Golden State Warriors teammate Stephen Curry decided to poke fun at his own mischievous nature with his shoe selection, unveiling the Under Armour Curry 6 “Coy Fish” colorway depicting the time he and a former college teammate found themselves in a little trouble for pulling a prank at a Japanese steakhouse.

All-Star shoe fashion may not be as big as it once was, but it’s still a real thing.

The shoes players wear are still considered as big of a deal as the All-Star game itself for a loyal niche of fans in the basketball community known as “sneakerheads” ? even though the overall market for basketball shoes may not be what it was a decade ago.

Regardless, the stories behind them add meaning to the shoes.

Curry’s “Coy Fish” shoe ($130, available Friday), for instance, resembles the vibrant koi fish ? and the story of when Curry and former Davidson Wildcats teammate Steve Rossiter decided to jump into the koi fish pond at a local Japanese restaurant while out celebrating one night. Curry was the decoy in the escapade, distracting the hostess while Rossiter jumped in the water and tried to grab one of the koi fish.

Unfortunately for Curry and Rossiter, the security surveillance tape captured the antics and it got back to Davidson coach Bob McKillop.

The sneaker is inspired by a prank Curry and his college teammates tried to pull off when trying to steal a fish at a Japanese steakhouse.

“We were in the gym running sprints for a good two hours,” Curry says on the Under Armour website.

McKillop also made the players go back to the steakhouse and stand at the front door and greet customers for four hours.

Durant’s shoe line is named after his favorite aunt, who died of lung cancer in 2000, so any new release has a personal meaning to him. The KD 11 Aunt Pearl ($150, available Thursday).

James Harden, Damian Lilllard and Kyle Lowry will be wearing Adidas All-Star Weekend “raceway inspired” shoes with checkered flags, a nod to Charlotte’s long history of auto racing. Those shoes are player edition only and aren’t available to the public, but other colorways of each sneaker are available to the public.

While the unveiling of new shoes at the NBA All-Star game is a bit like Christmas morning for some shoe collectors, one industry advisor says it isn’t likely to resonate with American consumers.

“Basketball shoes are not in fashion anymore,” said Matt Powell, of the Sports NPD Group who has been doing research in the area of shoes for more than two decades.

Powell said the trend away from basketball shoes began around 2015 and that sales have continued to slide. He said basketball shoe sales in the United States declined in “the low teens” in 2017 and in the “high single digits” last year.

He doesn’t expect the trend to change regardless of how fancy the new line of basketball shoes unveiled this weekend in Charlotte.

Still, players continue to compete off the court in a shoe market where sometimes the flashier the better. So there will be a bevy of multicolored ones on display.

Irving will wear red, blue, black, yellow and white Kyrie 5 X Rokit by Nike ($190, available Saturday), which combines the skate and hoop culture to showcase the crossover between the sports.

Westbrook will celebrate his eighth NBA All-Star selection with a special edition colorway of his Jordan Brand Why Not Zer0.2 shoes ($125, available Sunday) that features a bold combination of black, red, light and dark blue and lime green.

Like most of the players, Westbrook has input into the design of his shoes, saying on the Nike website that “every colorway has a meaning behind it that is special to me. … I wanted to take that storytelling to the next level with an exposed tag that helps illustrate the meaning behind the colors used.'”

In coordination with the All-Star weekend hosted by former NBA star and current Hornets owner Michael Jordan, the Jordan Brand is releasing a series of off-court footwear to honor the six-time NBA champion, who grew up in Wilmington, North Carolina, led the North Carolina Tar Heels to a national championship and became a household name with the Chicago Bulls.

But the most popular shoe might be the re-release of what Jordan wore in the last All-Start game played in Charlotte in 1991 ? the mostly black-and-red Jordan VI Infrared ($200, available Saturday).

“We wanted to pay homage to the most important parts of MJ’s journey and you can see that come to life with new and classic takes of Air Jordans for men and women,” said David Creech, the Jordan Brand vice president of design.

Half of the 26 players selected to the All-Star game will be wearing Nike shoes.

Five will wear Jordan Brand, three will sport Adidas, two Under Armour and one each player each will represent New Balance, Anta and the Chinese apparel company Li-Ning.

READ MORE: The Knicks Suck, But They?re Still the NBA?s Most Valuable Team