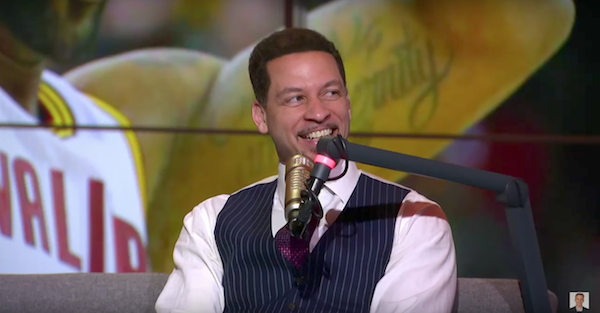 Boston Celtics guard Avery Bradley is one of the top defenders in the NBA, but he didn’t make the first or second All-Defensive teams.

FOX Sports NBA analyst Chris Broussard didn’t have Bradley on his ballot, and he explained why during a recent appearance on the The Herd. Broussard’s comments start about 25 seconds into the video:

Related: The Knicks are preparing to make a shocking announcement on 13-time NBA champion Phil Jackson

“Avery Bradley is a fantastic defender, but didn’t Devin Booker put 70 on him?” Broussard said.

Broussard later acknowledged his error on Twitter, but he then said the 70-point game from Booker wasn’t a factor in his voting.

I acknowledge my mistake Tuesday on The Herd in saying Avery Bradley played in Devin Booker's 70-pt game. Was no factor in my All-D votes

So Broussard’s reasoning for leaving Bradley off the list was either absurd, or curious at best. Either way, it wasn’t the smartest take from an NBA analyst.