Don’t Sleep on Bennedict Mathurin in the 2022 NBA Draft 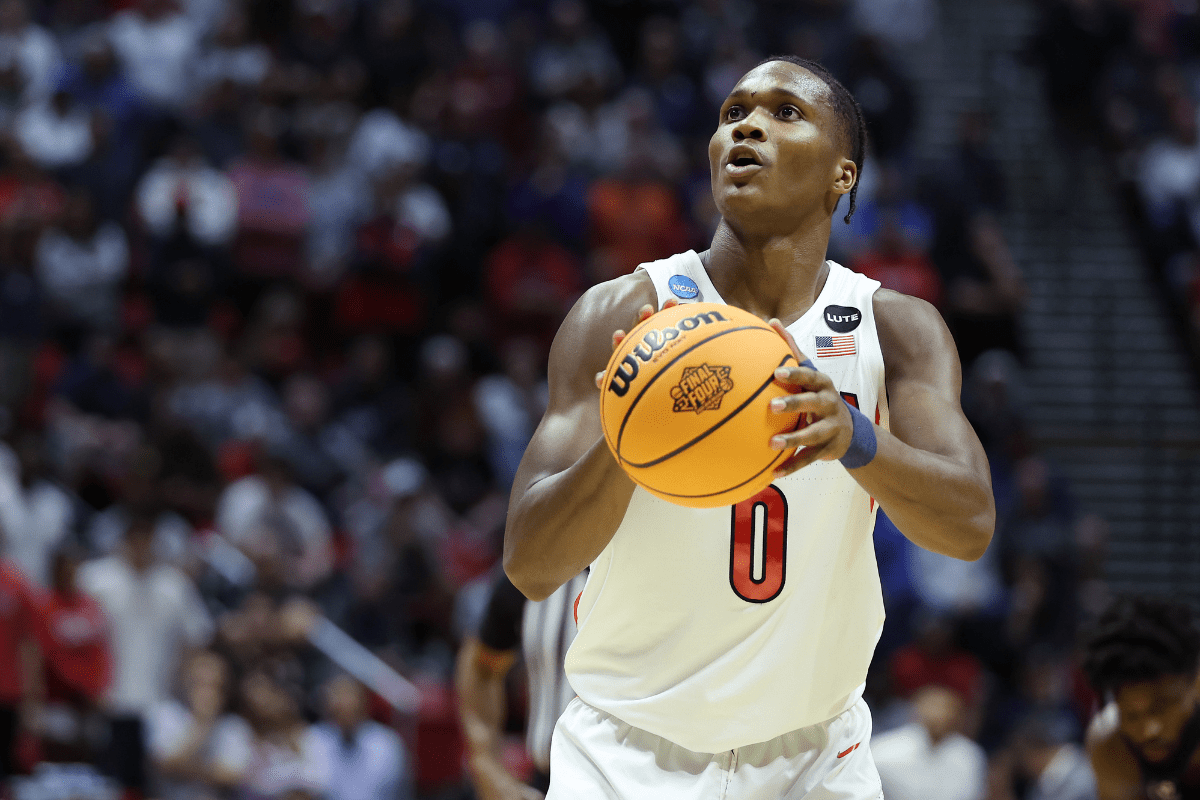 The 2022 NBA Draft night kicks off tonight, and there are some near absolutes we should expect to see. Such as Jabari Smith, Chet Holmgren, and Paolo Banchero going as the top three first-round picks. But after that? It’s open season.

And one of those who should make a top ten splash is Arizona’s Bennedict Mathurin. The Arizona Wildcat wing boasts some fantastic athleticism and has the potential to make quite an impact with whichever NBA team decides to call his name.

Bennedict Mathurin is a Game Changer for the Right Team

NBA Mock Drafts have seen Mathurin’s stock rapidly rise in the past week. Some have him going as high as six to the Indiana Pacers. Although, it remains to be seen if Indiana will still have their pick. There’s a lot of talk swirling that Malcolm Brogdon and Myles Turner could find different homes sometime during that draft. But regardless of what happens with them, it’s likely that Mathurin’s rise in rankings has him as a lock as a lottery draft pick.

If not Indiana, the Montreal, Canada native could see himself pairing up with Damian Lillard in Portland. While it’s also been reported that the Blazers have an interest in Shaedon Sharpe, Mathurin would be a great addition. His scouting report boasts that he has the potential to be an explosive scorer and can play well off the pick-and-roll, but struggles to create off the dribble. His defensive play isn’t terribly consistent, either, but that?s a learned skill. Mathurin’s 6-foot-9 wingspan will certainly help him be disruptive on the defensive side of the ball.

His overall NBA readiness is seen to be ranked pretty high, so if he can create some offense, the defense should come. And that would be particularly true if he were to fall to the San Antonio Spurs at nine or if the Boston Celtics pull off an interesting move to inject themselves back into the first round. At present, Boston is without a first and only holds the 53rd overall pick, late in the second round.

During the NCAA tournament, Mathurin went off for 30 points, eight rebounds, four assists and recorded a posterizing dunk on TCU that helped Arizona into the Sweet 16. While his overall college numbers are slightly above average, with 14.8 points, 5.3 rebounds, and 2 assists per game, Mathurin clearly has the ability to show up in the clutch, and that’s why he can expect to see his name move up that big board tonight.

Will Mathruin Most Likely Land in Detroit?

The Detroit Pistons are another interesting location for Mathurin to land. Cade Cunningham burst onto the scene as a rookie last season and is already a solid piece to build around. Adding Mathurin as part of the young core could make things very interesting in the Motor City.

Mathurin’s ability to play at shooting guard or small forward will help to add wing depth wherever he may go. After being Pac-12 Player of the Year, First Team All-Pac-12, Pac-12 Tournament MOP, and a consensus second-team All-American, he’s ready to take his game to the next level. The main question is, how high will he go? But will the New York Knicks try to trade up and get involved?

Lots of questions, but we’ll soon have answers.

MORE: Everything There is to Know About the Top 4 Prospects in the 2022 NBA Draft