Hoop mixtape creators should be commended for their creativity on a regular basis. They could easily make dull videos that don't require any effort and collect their cash in peace, but they understand that there's no reason for them to ignore the three elements of captivating hoop mixtapes: exciting highlights, great editing and solid music.

There are well over 100 of them available on YouTube today, but if I was tasked with recommending five must-see hoop mixtapes, which five would I go with? Well, lucky for you, I have the time to answer that.

Ladies and gentlemen, let me tell you a little bit about the most underrated hoop mixtapes on YouTube. I had high expectations once I glanced at the title and after watching the video in its entirety, I can honestly say that I was thoroughly entertained for seven minutes straight. Corey Sanders, who never became an NBA player but did sign a G-League contract, played for the Showtime Ballers on the AAU circuit, so all of his antics were understandable to me.

Most players would quickly slap hands with their teammates after finishing off an exceptional lob, but at the 1:14 mark, Sanders decided to have a little fun with his assist man. While the game was still ongoing, Sanders smoothly hit the popular 2013 Hip-Hop dance move called the "Nae-Nae". The disrespect didn't start and end there, though. 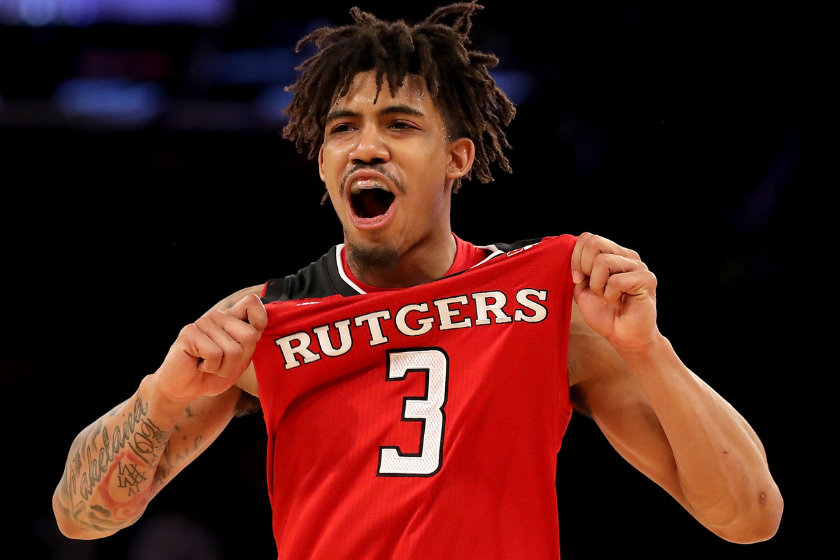 The Lakeland, Florida native locked eyes with defenders that he dropped/clowned, dribbled the ball between his legs six times before attacking the basket, popped a defender in the face with the ball after completing a dunk and hosted a dance party on the right wing during an offensive possession. This was Sanders' last season playing AAU basketball, so the 6-foot-1 guard ensured that he enjoyed himself every time he stepped on the floor that spring/summer. Uniquely, the final two minutes of the mixtape consist of clips of Sanders getting jiggy off the court while strangers stroll past him. The relaxed beat made me want to get up out of my seat and join the Rutgers alum at the end of the video. Sadly, this hoop mixtape likely isn't even in the Top 20 conversation for most people, but I'm sure that will change in due time.

Andrew Wiggins is now an NBA champion, so it's only right for me to bring up his well-known 2013 mixtape. Wiggins was the man at Huntington Prep during his high school basketball days, and at 6-foot-8, the future first overall pick in the 2014 NBA Draft was comfortable doing everything on the floor.

Yes, the between the legs, tomahawk, and windmill dunks were spectacular (his head was at the rim more than once), but can we take some time to appreciate what Wiggins displayed as a ball-handler as well? I mean, the timely slow-mos in the video make it hard not to quite frankly. He evaded initial/help-defenders with spin moves, wrapped the ball behind his back when he got cut off, and frequently sold his left-to-right crossovers. Essentially, Wiggins took it straight to his opponents when he was controlling the ball, which explains why the aggressive beat was excellent for his hoop mixtape. 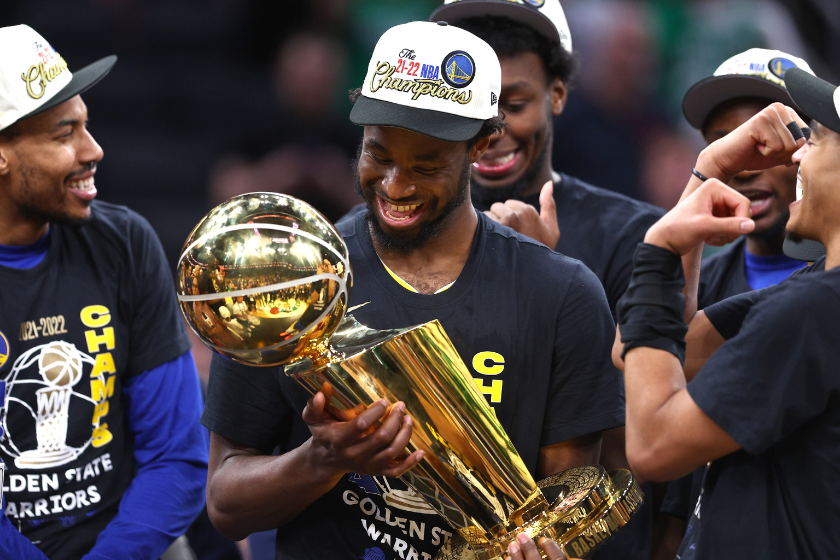 RELATED: The Most NBA Draft Lottery Picks By NCAA Conference Since 2000, Ranked

As a rim protector, he demolished every weak layup attempt in the paint and flaunted his quick first jump on numerous occasions. Wiggins started and finished the video by slamming the ball home on a defender's head. This is a hoop mixtape that'll give individuals a glimpse of what the 2014 No. 1 pick was capable of as a coveted high school senior.

The title says it all, doesn't it? Marcus Lovett Jr. rose to fame during his sophomore season when his impeccable handles were showcased on the Internet. Lovett began the tape by calmly walking into a three-point jumper before proclaiming that his defender couldn't guard him. One perfectly timed beat drop later, the ankle snatcher successfully executed a pull-back crossover and put a helpless defender on the deck. 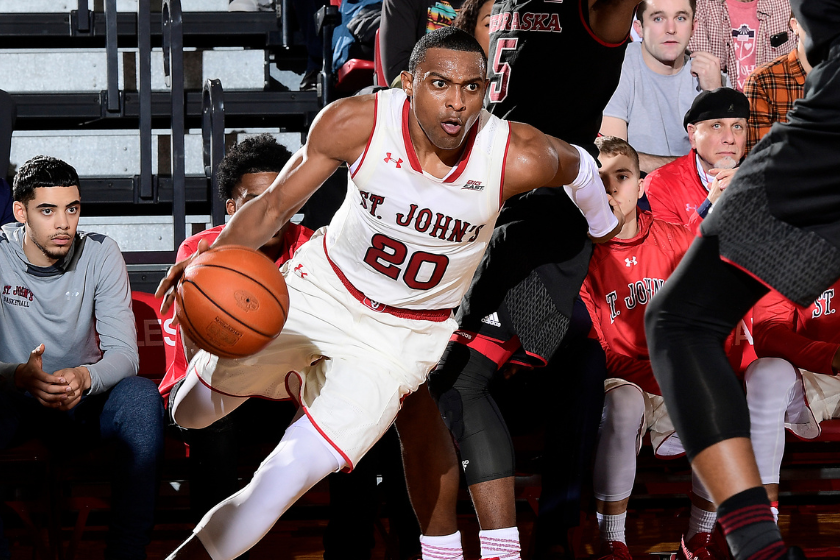 I don't know about you, but I haven't seen many guards split double teams with a behind-the-back dribble move without needing to slow down and gather themselves and regroup afterward. The creator of this tape chose to include a fast-paced beat and rapid transitions to help compliment Lovett's game, which is why the final result was a well-crafted two-minute video that was sweet-sounding and visually satisfying. You are free to bob your head while you watch Lovett (who went on to play college basketball at St. John's) torch one defender after another. The fact that Lovett capped it off by drawing five defenders with his wicked crossovers and locating his open teammate down low truly makes this hoop mixtape legendary.

It wasn't easy, but in the end, I decided to go with Aquille Carr's second viral highlight reel on the Hoopmixtape YouTube channel. If it helps, think of it like a sequel that narrowly (and I mean narrowly) edged out the original. Carr was known as "The Crime Stopper" because crime rates in Baltimore decreased when he was wreaking havoc on the court. Why spend time getting in trouble when you could be checking out the ball-handling wizard in a gym near you, right?

Right off the bat, we see that at just 5-foot-6, Carr was a dunker who could rise up and throw down the hammer while a taller defender met him at the rim. As the video progressed, Carr demonstrated that he had just about every dribble move imaginable in his bag. Crossover jabs, spin moves, in-and-out combos, between-the-legs combos, you name it, Carr could pull it off. If you didn't know any better, you would think that Carr was dancing on the enchanting beat present in the background. 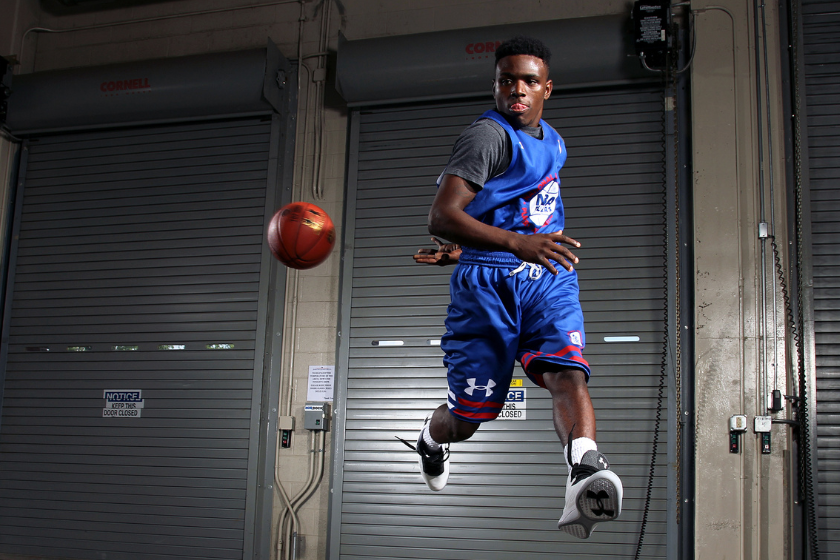 It seemed like no one could hang with him in transition or the half-court, and because the creator inserted clips of fans reacting to his flashy offensive plays in the stands, we got to see how popular the Patterson High School star was in the city of Baltimore. On the defensive end, Carr proved he could elevate and pin a big man's shot on the backboard with two hands, which is evident at the 45-second mark. That monstrous block sparked a reaction from a fan who appeared to be in total disbelief. The mixtape closed with Carr posterizing a defender on a fast break, which was fitting considering that it opened with a similar highlight. I don't think hoop heads could erase this mixtape from their memory if they tried to.

If you thought the first four hoop mixtapes were insane, just wait until you lay your eyes on John Wall's official senior year highlights. Millions of viewers got an opportunity to see just how dominant the Los Angeles Clippers All-star point guard was at Word of God Christian Academy in North Carolina. It made sense to use a hardcore beat because Wall showed his opponents no mercy and performed as though he had something against members of the opposing teams.

Thanks to superb editing, it's virtually impossible to get bored while viewing arguably one of the best high school mixtapes of all time. You get to see a vicious one-handed slam, violent Shammgod crossover and beautiful right-handed dime all within the first 20 seconds, which pulled me in immediately. When I noticed there were some malicious blocks sprinkled in there as well, I knew for sure that I was witnessing a masterpiece. 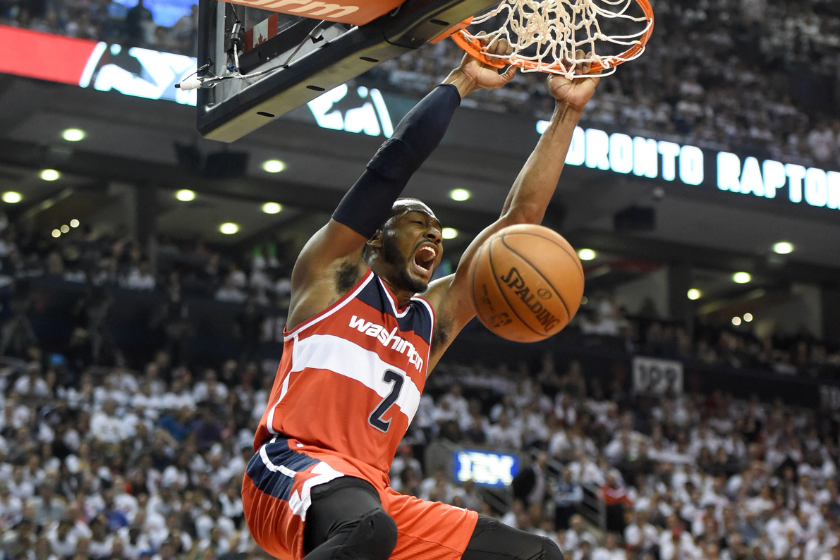 Photo by Jonathan Newton / The Washington Post via Getty Images

It seemed like Wall grew increasingly irate in the video, which made for riveting offensive and defensive highlights. He wasn't trying to get a step on his defenders and lay the ball up softly, he wanted to humiliate them and tear down the rim in the lane. Defensively, he wasn't interested in lightly tapping the ball when he got challenged down low, he was focused on whacking it out of bounds emphatically and staring opponents down. For Wall, it was all about playing with conviction and letting his opponents know that they were beneath him. The ending wasn't as crazy as it could have been, but overall, Wall's hoop mixtape is a classic that should be praised accordingly. Clearly, John Wall was out to show his opponents that he was the best high school basketball player in the country by any means necessary.