After being detained in Russia for 294 days, Brittney Griner has been released by Russian officials and is headed home to the United State, following a 1-for-1 prisoner swap brokered by the Biden Administration.

Earlier in 2022, as WNBA stars playing in Russia and the Ukraine were heading home at the escalation of the Russo-Ukrainian War, the Associated Press reported that, while going through customs, Briner was detained at the Moscow airport after her bags were searched and agents found vape cartridges of cannabis oil. Since then, Griner had been sentenced to nine years in prison, escalating talks between the Cold War rivals.

But, after the hard work of Griner's wife and other women's basketball figures, Griner is coming home.

Griner Coming Home After Nearly a Year of Incarceration 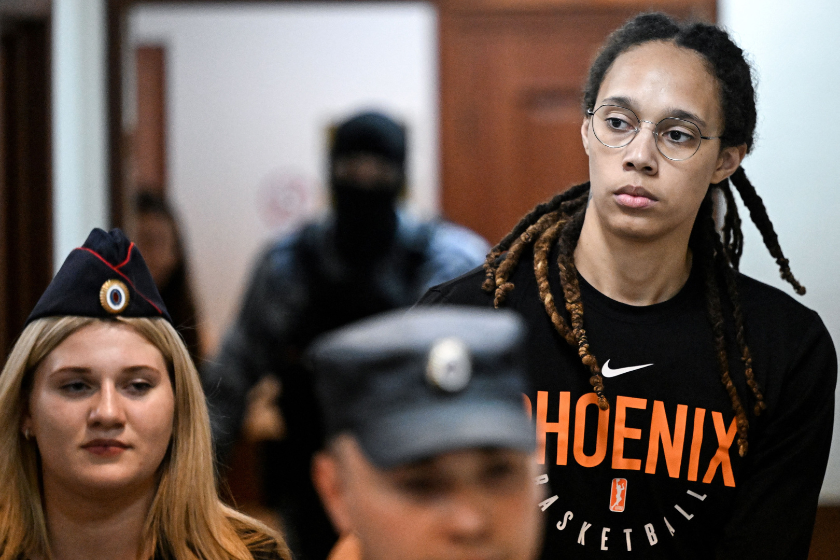 The prisoner swap, brokered by the Biden Administration, is one that sends Viktor Bout, a Russian arms trafficker who spent the 1990s and early 2000s smuggling weapons from Eastern Europe to Africa and the Middle East, back to his home country.

Paul Whelan, another US Citizen still in Russian custody, was hoped to have been a a part of the swap, but unfortunately was unable to be included in the deal. Whelan's family put out a statement saying, "There is no greater success than for a wrongful detainee to be freed & for them to go home. The Biden Admin made the right decision to bring Ms. Griner home, & to make the deal that was possible, rather than waiting for one that wasn't going to.."

President Biden gave a speech following Griner's arrival into US custody saying, "She's safe, she's on a plane, she's on her way home," President Biden said at the White House, flanked by Vice President Harris and Griner's wife Cherelle. "After months of being unjustly detained in Russia, held under untolerable circumstances, Brittney will soon be back in the arms of her loved ones, and she should have been there all along."

Cherelle Griner also spoke about her struggle and gratitude, following her wife's release.  "Over the last nine months, you all have been so privy to one of the darkest moments of my life," Griner said," describing herself as "overwhelmed with emotions, but the most important emotion that I have right now is just sincere gratitude for President Biden and his entire administration."

"Today my family is whole, but as you are all aware, there are so many families who are not whole," she continued, saying she and Brittney will remain committed to "getting every American home, including Paul, whose family is in our hearts today."