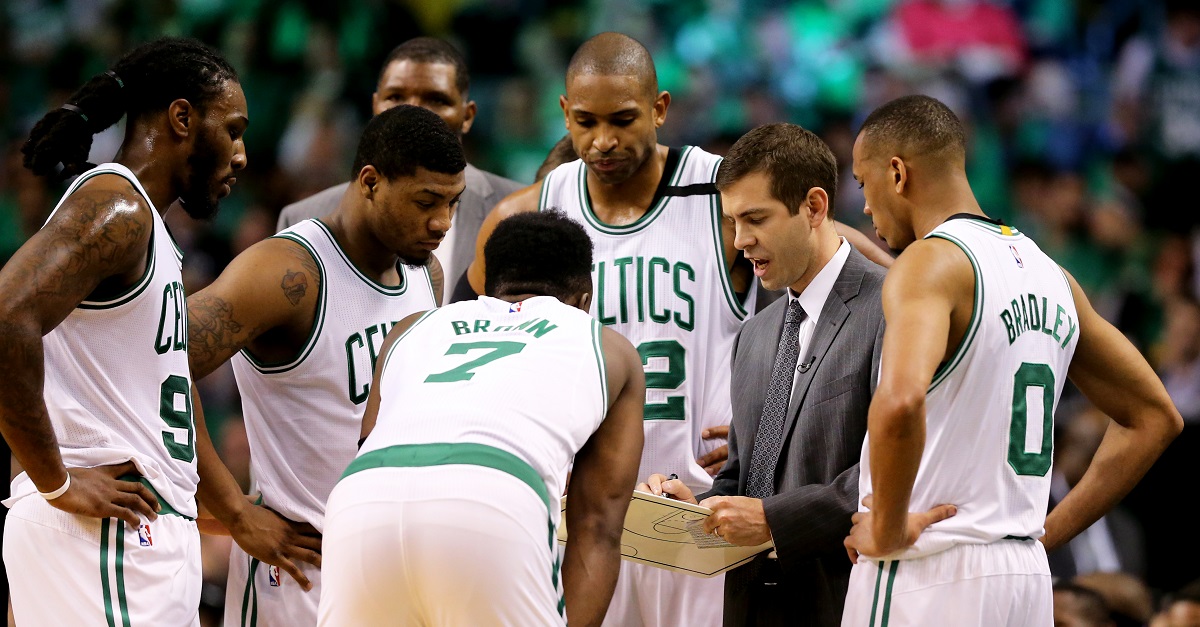 Maddie Meyer/Getty Images
BOSTON, MA - MAY 10: Head Coach Brad Stevens talks to Jaylen Brown #7, Jae Crowder #99, Marcus Smart #36, Al Horford #42 and Avery Bradley #0 of the Boston Celtics during a time out in the second half of Game Five of the Eastern Conference Semifinals against the Washington Wizards at TD Garden on May 10, 2017 in Boston, Massachusetts. The Celtics defeat the Wizards 123-101. NOTE TO USER: User expressly acknowledges and agrees that, by downloading and or using this Photograph, user is consenting to the terms and conditions of the Getty Images License Agreement. (Photo by Maddie Meyer/Getty Images)

The Boston Celtics are sitting on top of the world right now as the NBA Draft approaches. They already a team that’s able to make it to the Eastern Conference Finals and own the top pick in the draft thanks to some fleecing of the Brooklyn Nets. It looks like general manager Danny Ainge might be gearing up for winter again as he’s about ready to fleece the Philadelphia 76ers as well according to reports from Adrian Wojnarowski:

Sources: The plan's for Markelle Fultz's visit to Philadelphia today to clear way toward finalizing a deal with Boston for No. 1 pick.

Discussions have centered on Sixers sending 2017 No. 3, 2018 Lakers pick, and possibly 2021 1st — including complicated protections. https://t.co/LwswzXyCzf

Celtics guard Isaiah Thomas has come out and said that he could play with presumed top pick Markelle Fultz despite the fact they play the same position. So trading out of the spot to accommodate their star isn’t the issue, but Ainge most likely sees a scenario where he can get even more assets to build in the future and is going to take advantage. It might also land him a small forward in Josh Jackson, which is more of a position of need than any guard spot as the Celtics have a plethora of those on the roster.

Depending on how the Lakers do this year and if they try to tank for one more season, that 2018 first round pick could turn out to be a high one, assuming there are limited or no protections on it. Even if the Lakers end up doing well and are a fringe playoff team, that pick could be used in another trade down the road by the Celtics.