The Connecticut Sun and the Dallas Wings will leave it all on the hardwood for the final spot in this year's WNBA semifinals. There are only 40 minutes left to prove who deserves to advance to the semifinals and head to Chicago to battle returning champs, the Chicago Sky. Let's go.

How We Got to Game 3 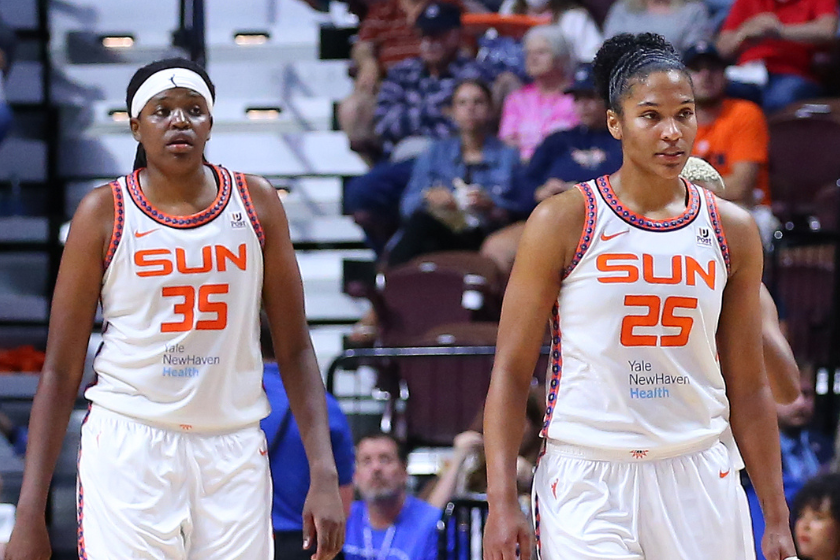 Connecticut travels to Dallas for the high-pressure elimination game, and the Dallas Wings are coming off a dominant performance against the Sun in Game 2, winning big to force a Game 3. This series looked like it might result in a sweep after the Sun's sensational shooting performance in Game 1. The women of Connecticut took control of that game and ran away with a W, 93-68.

After the 25-point loss, the Wings came out blazing at the start of Game 2, playing like they took the defeat personally and were ready to fight. From their opening 7-0 run to start the first they displayed perseverance and pride in play. Leading by as many as 31, the women of Dallas were able to hold on to their lead, despite a 22-2 4th quarter run by the Sun, an opportunity they don't intend on giving the Sun in Game 3.

"I think we have to learn how to capitalize," Wings center Teaira McCowan, who had 17 points and 11 rebounds for Dallas in Game 2, said. "With us being a young team, you know, sometimes we get a little sloppy -- as you could see at the end. But, I mean, once we tighten that up, it'll be good for the next game."

The Wings not only forced Game 3 with a relentless performance, but they won their first playoff game since September 2009. The Wings were representing Detroit the last time they secured a playoff win, and now they'll head to another D to fight for their chance to advance to the semifinals.

The Sun know what's at risk and they are used to playing at this high a level. Sun's star center and the WNBA's reigning MVP knows what's waiting for them in Dallas and is ready for what lies ahead.

"It's the playoffs," reigning WNBA MVP Jonquel Jones said. "One minute you're up, the next minute you're down, but you have to weather that storm and be ready to play. We know what we're capable of. We're not in panic mode at all." 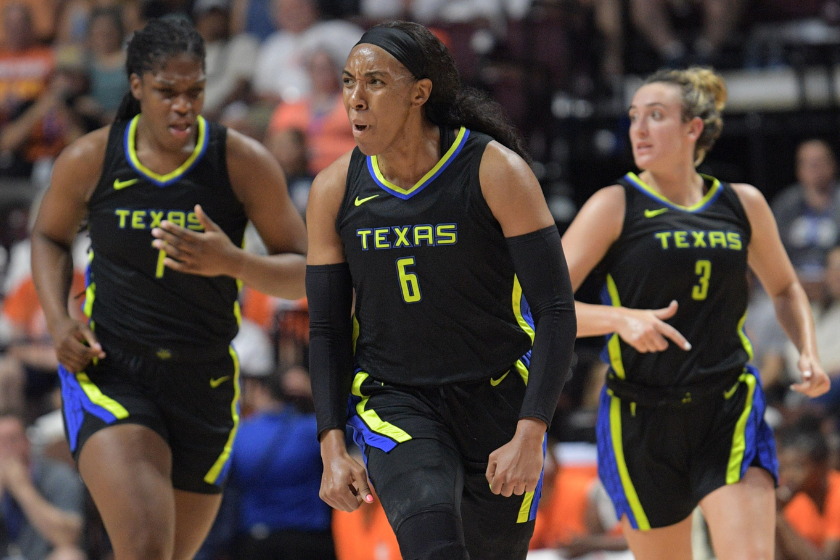 Don't count the Texas team out though. The Wings are smack dab in the middle of a hot streak, ending the regular season with a 6-2 run and following it up with a sensational Game 2 performance. Could their streak keep going? Facing the Sun on their home court in Dallas might be the edge they need to force the Sun into an early sunset and fly themselves into the semifinals.

Either way, the winner of Wednesday's game will soon face a new challenge in the best of five series against a seasoned, weapon-loaded Sky team. The Sky secured their place in the semis with a win at the Barclays Center against a young and hungry New York squad.

For a moment at the top of the fourth quarter, it looked like the Liberty were going to catch fire and pull away from the Sky and stun us all. But the calm, cool, veteran talent of the Sky had answers and could not be denied. Candace Parker had a ferocious game, barely missing an impressive triple-double game, and her immense talent at times met immense luck. The sports story lover may have been rooting for a Liberty upset, but the quality of team ball executed by the returning champs must be applauded. And tonight's performances will solidify who the Sky will face in the best of 5 series semis starting Sunday, August 28.