Darryl Dawkins Shattered Backboards So Much He Changed the NBA Forever 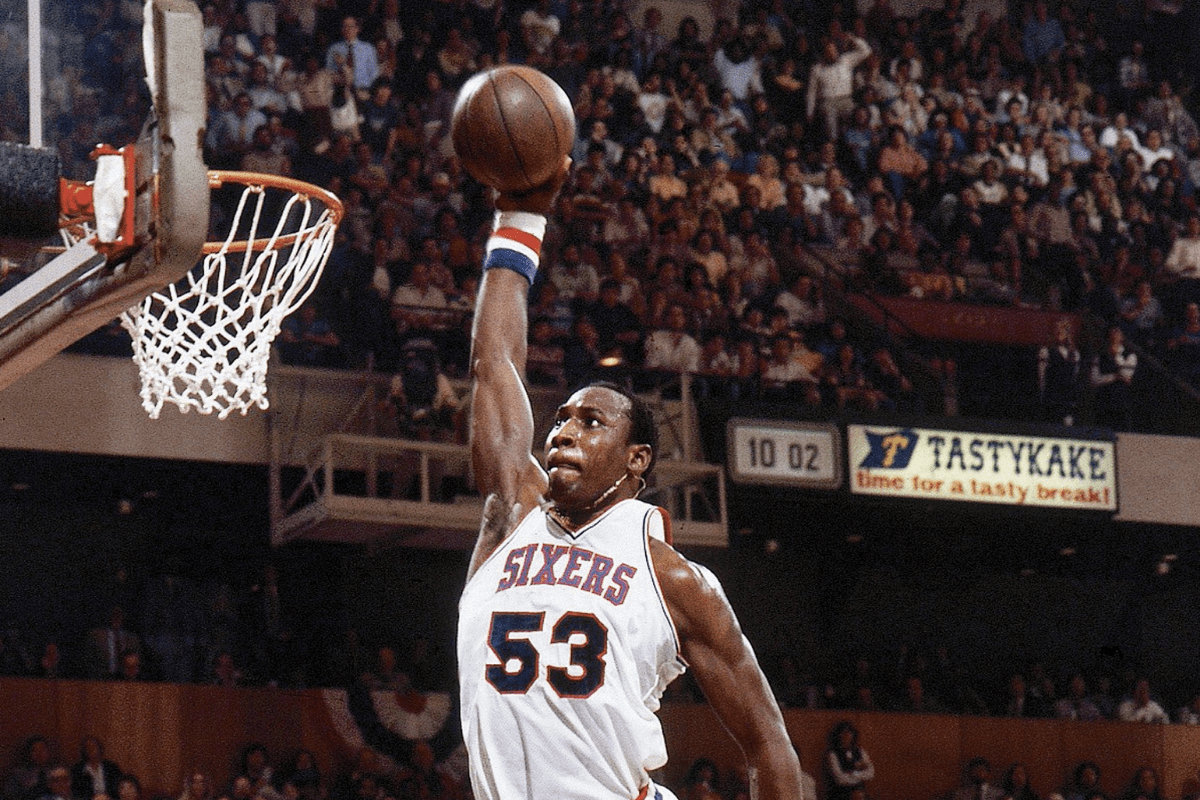 If you’re a backboard, there are three guys you should avoid at all costs: Jerome Lane, Shaquille O’Neal and Darryl Dawkins.

Lane destroyed one at Pittsburgh. Shaq brought the house down multiple instances in his time on the Orlando Magic. Michael Jordan even broke one trying to emulate Denver Nuggets guard David Thompson in a 1985 exhibition game in Italy.

Dawkins is like the asteroid that wiped out all the dinosaurs. His dunks shattered backboard life as we knew it and chartered in the highly-evolved breakaway rims we see today.

Dawkins became the first player drafted directly out of high school when he was selected fifth overall by the Philadelphia 76ers in 1975. He worked his way into the rotation within his first few seasons in the league, and by year five, he was making it rain glass.

Dawkins shattered his first backboard in a game against the Kansas City Kings on November 13, 1979 at the Municipal Auditorium. He made a cut towards the basket, caught the ball in the lane and powered down a dunk over Bill Robinzine that registered a 10 on the Richter scale.

Three weeks later, Dawkins returned to the backboard-breaking business. In a home game against the San Antonio Spurs, Philly guard Doug Collins found Dawkins under the hoop. Dawkins cocked it back and ended the poor backboard and rim in one clean swing. This dunk’s name was simpler: “Get-Out-of-the-Waying, Backboard-Swaying, Game-Delaying, If-You-Ain’t-Grooving-You-Best-Get-Moving Dunk.”

The dunks caused enough damage and game delay that the NBA threatened fines — as much as $5,000 each time — and suspensions for broken backboards.

The NBA implemented the newer breakaway rims at the end of the 1979 season because of Dawkins. The rims would bend when a powerful dunker slammed one instead of ripping completely off.

“Darryl Dawkins is the father of power dunking,” Shaquille O’Neal once said. “I’m just one of his sons.”

Dawkins didn’t shatter backboards from that point forward, but his dunking titles only grew stronger: the Rim Wrecker, the Go-Rilla, the Look Out Below, the In-Your-Face Disgrace, the Cover Your Head, the Yo-Mama, the Spine-Chiller Supreme and the Greyhound Special topped the list. In addition to naming slams, Dawkins proclaimed himself “Sir Slam” and “Dr. Dunkenstein.” Stevie Wonder, a big Sixers fan, bestowed the legendary “Chocolate Thunder” moniker.

This man was an adjective savant. It’s the first thing they teach in Interplanetary Funkmanship 101 on planet Lovetron, Dawkins’ alleged home.

Unfortunately, Dawkins passed away from a heart attack On August 27, 2015 in Allentown, Pennsylvania. He was 58.

Dawkins battled hard against the Eastern Conference powerhouse Boston Celtics in the playoffs in his seven years with the Sixers. The club traded him in a 1982 package deal that teamed up Moses Malone and Julius Erving in Philadelphia. The club won the title the following year, sweeping the defending champion Los Angeles Lakers. He finished the remainder of his NBA career with the New Jersey Nets, Utah Jazz and Detroit Pistons.

Chocolate Thunder tore it up in the NBA. Excuse me, he tore it down. For that, we have unbreakable rims and an iconic collection of dunk nicknames.