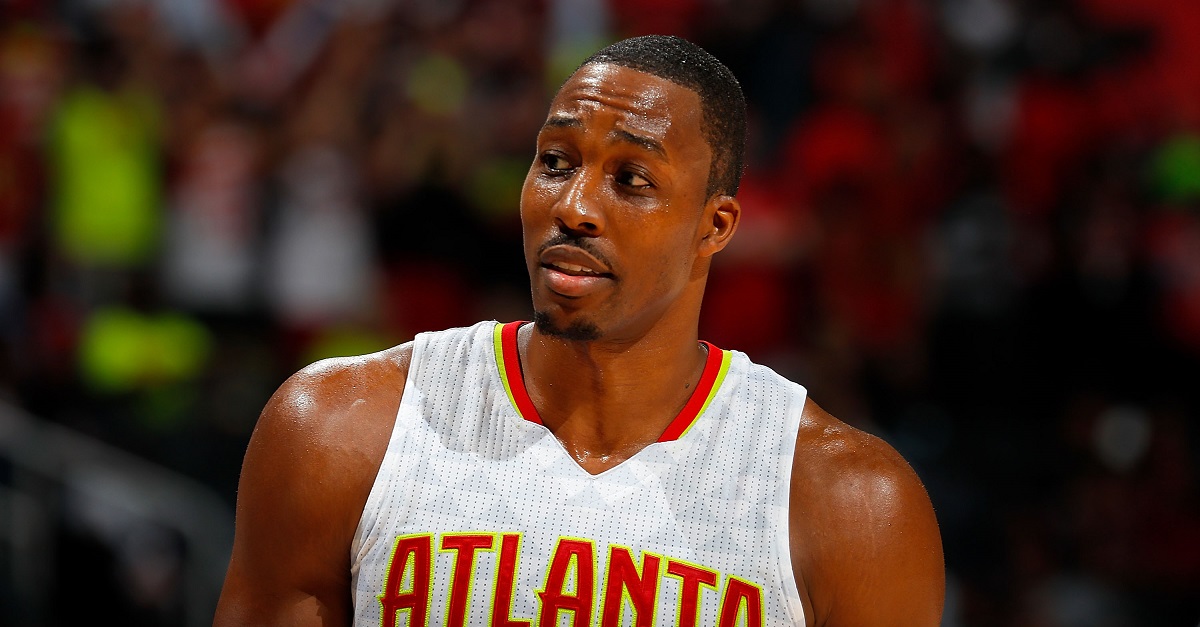 Kevin C. Cox/Getty Images
ATLANTA, GA - OCTOBER 13: Dwight Howard #8 of the Atlanta Hawks looks on during the game against the Atlanta Hawks at Philips Arena on October 13, 2016 in Atlanta, Georgia. NOTE TO USER User expressly acknowledges and agrees that, by downloading and or using this photograph, user is consenting to the terms and conditions of the Getty Images License Agreement. (Photo by Kevin C. Cox/Getty Images)

Only one season after signing a massive three-year, $70.5 million contract with his hometown Atlanta Hawks, Dwight Howard is already on the move. According to The Vertical‘s Adrian Wojnarowski, Howard and his contract have been moved elsewhere in the Eastern Conference.

Howard averaged 13.5 points, 1.2 blocks, 1.4 assists and 12.7 rebounds this season in a career-low 29.7 minutes a game. The Hawks are likely going to go for the total rebuild and give Paul Millsap some serious money this offseason by unloading Howard’s contract and taking on much smaller ones with more expendable players.

Plumlee is set to make $37.5 million over the next three years while Belinelli is set to earn about $6.6 million this season and will become an unrestricted free agent next summer. This is pretty much a salary dump to get rid of Howard now that the Hawks are under new management and they were not subtle about it at all.