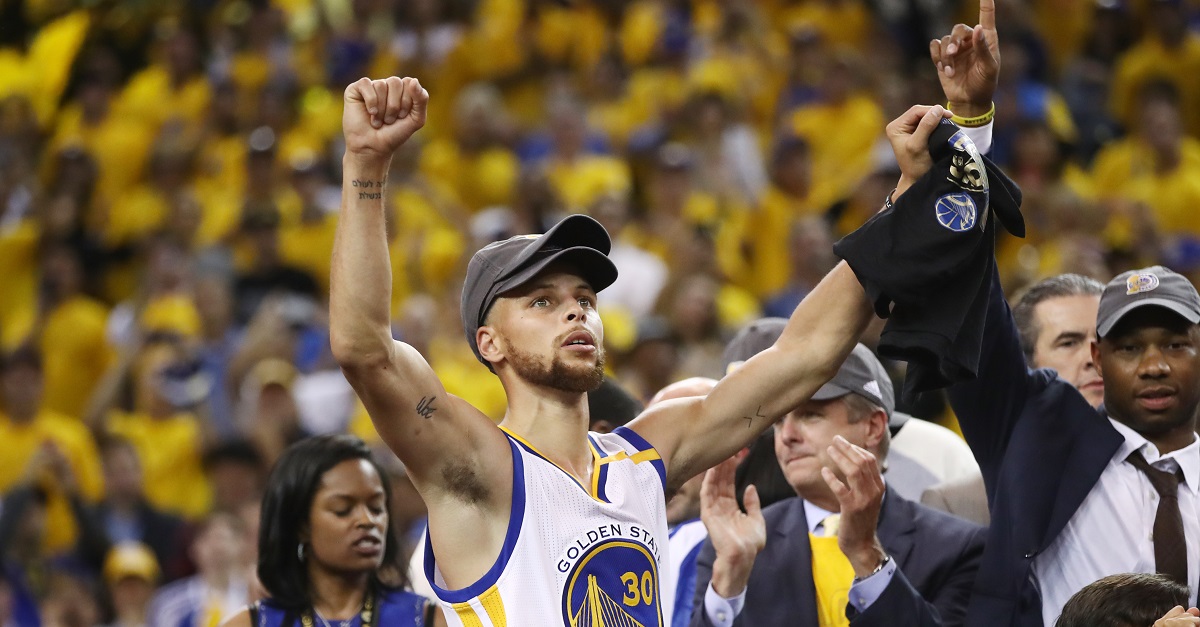 Ezra Shaw/Getty Images
OAKLAND, CA - JUNE 12: Stephen Curry #30 of the Golden State Warriors celebrates after defeating the Cleveland Cavaliers 129-120 in Game 5 to win the 2017 NBA Finals at ORACLE Arena on June 12, 2017 in Oakland, California. NOTE TO USER: User expressly acknowledges and agrees that, by downloading and or using this photograph, User is consenting to the terms and conditions of the Getty Images License Agreement. (Photo by Ezra Shaw/Getty Images)

It’s official: the Golden State Warriors have no intention of visiting the White House this February.

Following a public war of words between President Donald Trump and Warriors star point guard Steph Curry, the team released a statement on Saturday saying that will not be making the visit after Trump “rescinded” the invitation to Curry.

While we intended to meet as a team at the first opportunity we had this morning to collaboratively discuss a potential visit to the White House, we accept that President Trump has made it clear that we are not invited. We believe there is nothing more American than our citizens having the right to express themselves freely on matters important to them. We’re disappointed that we did not have an opportunity during this process to share our views or have open dialogue on issues impacting our communities that we felt would be important to raise.

In lieu of a visit to the White House, we have decided that we’ll constructively use our trip to the nation’s capital in February to celebrate equality, diversity and inclusion — the values that we embrace as an organization.

The Warriors had announced before that they were going to discuss the potential visit as a team, but Curry’s comments this week escalated the situation with the President himself eventually getting involved by making remarks on Twitter. At the same time, Trump is also facing a battle with athletes from the NFL after Trump called out players protesting the national anthem.

The war of words between the sports and political worlds rages on.