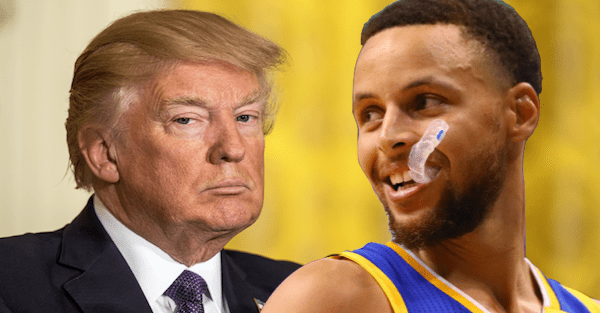 President Donald Trump apparently wasn’t done with athletes after discussing national anthem protests as “disrespect”, saying that he would love to see an NFL owner “get that son of a bitch off the field.”

The Warriors are expected to decide on whether they are going as a team, and star point guard Stephen Curry maintained his stance that he does not want to attend, but apparently they’re not invited any longer.

Going to the White House is considered a great honor for a championship team.Stephen Curry is hesitating,therefore invitation is withdrawn!

As for the NFL and they’re protests, Colin Kaepernick’s mother responded to the comments from the President after her son helped lead the charge on national anthem protests last year:

“Wouldn?t you love one of these NFL owners… when someone disrespects our flag say, “Get that son of a bitch off the field, right now, out, he’s fired.”

I stand on the side of free, non-hateful speech. EVERY SINGLE TIME!