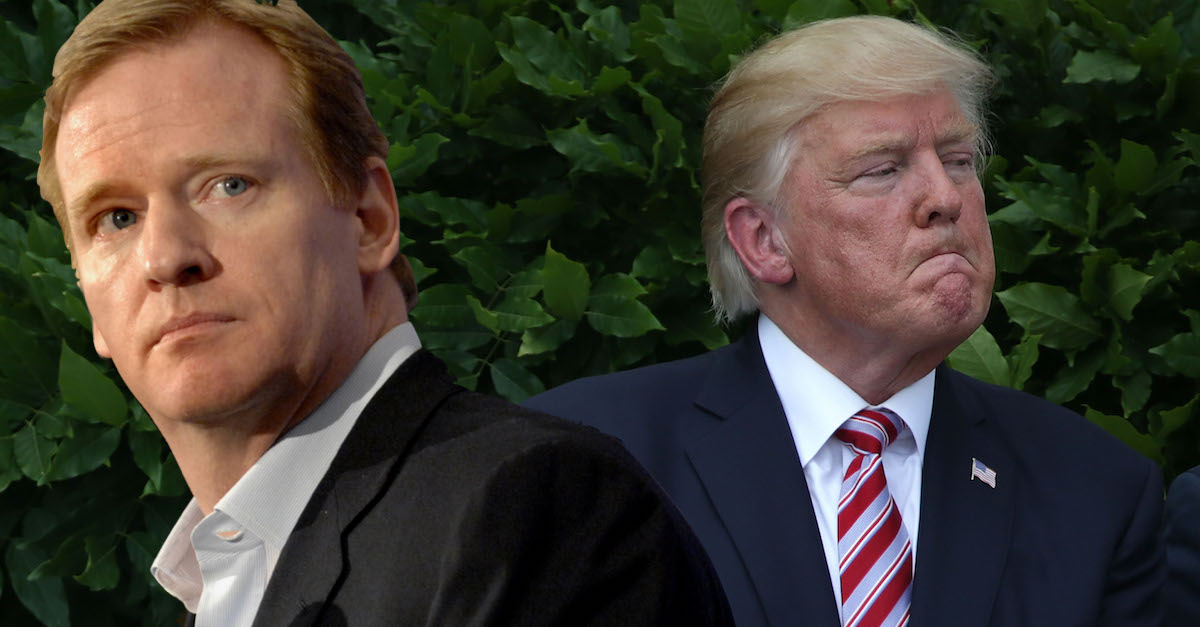 U.S. President Donald Trump discussed NFL player’s national anthem protests at an event on Friday event as “disrespect,” saying that he would love to see an NFL owner “get that son of a bitch off the field.”

As of this writing, the NFL has not responded:

Reached out to the NFL to see if they have a comment on this, btw. Awaiting a response. https://t.co/JIuIhj6fCA