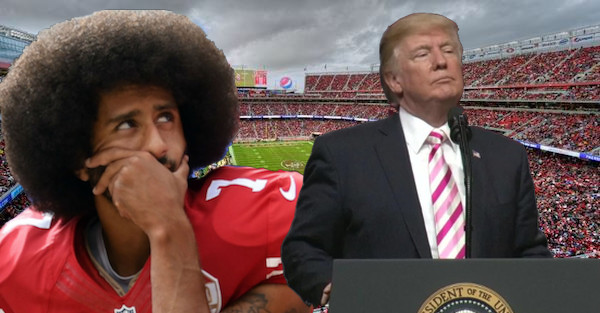 U.S. President Donald Trump is clearly not a fan of NFL player’s national anthem protests. At an event on Friday event, Trump discussed the protests as “disrespect”, saying that he would love to see an NFL owner “get that son of a bitch off the field.”

It's really sad man … our president is a asshole

The behavior of the President is unacceptable and needs to be addressed. If you do not Condemn this divisive Rhetoric you are Condoning it!!