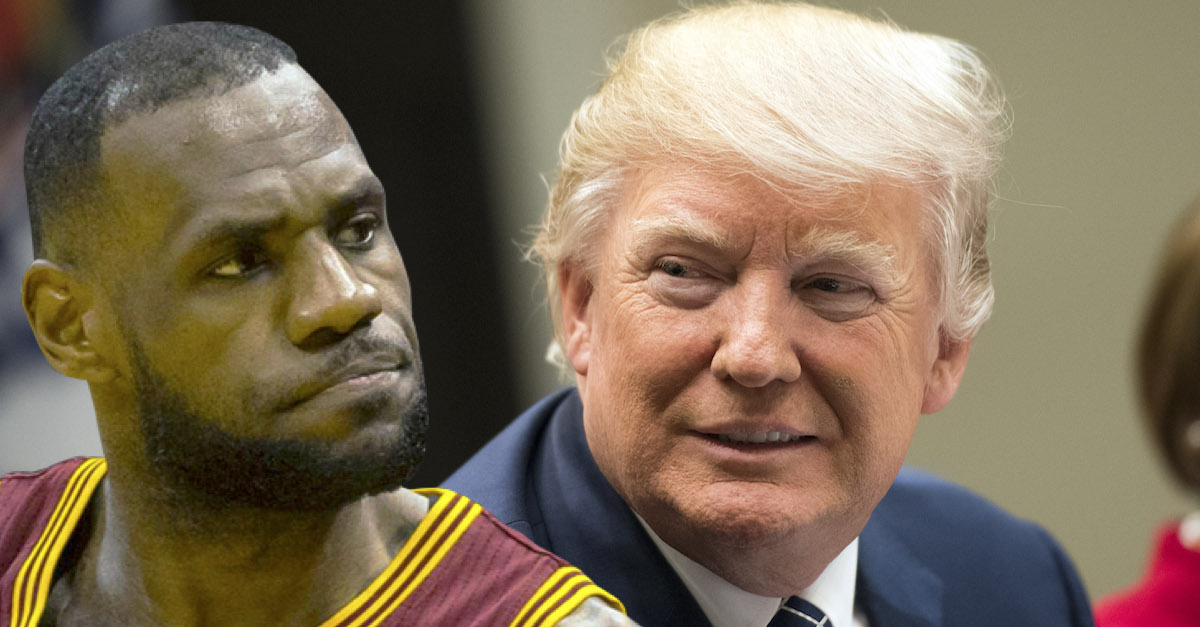 WASHINGTON, DC - MARCH 09: US President Donald Trump holds a National Economic Council listening session with the CEOs of small and community banks, in the Roosevelt Room at the White House on March 9, 2017 in Washington, D.C. (Photo by Kevin Dietsch-Pool/Getty Images)

President Donald Trump apparently wasn’t done with athletes after discussing national anthem protests as “disrespect”, saying that he would love to see an NFL owner “get that son of a bitch off the field.”

The Warriors are expected to decide on whether they are going as a team, and star point guard Stephen Curry maintained his stance that he does not want to attend, but apparently they’re not invited any longer. That prompted this response from Cleveland Cavaliers superstar LeBron James:

U bum @StephenCurry30 already said he ain't going! So therefore ain't no invite. Going to White House was a great honor until you showed up!

James hasn’t been shy on his criticism of Trump, and he just took it a step further.