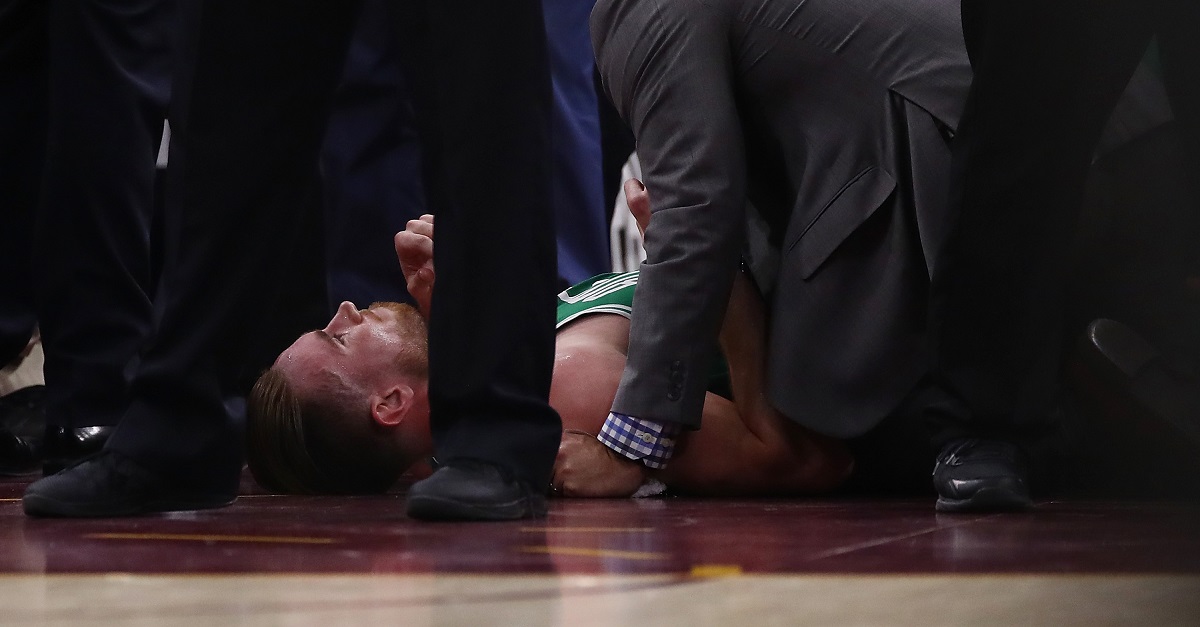 Gregory Shamus/Getty Images
CLEVELAND, OH - OCTOBER 17: Gordon Hayward #20 of the Boston Celtics is sits on the floor after being injured while playing the Cleveland Cavaliers at Quicken Loans Arena on October 17, 2017 in Cleveland, Ohio. NOTE TO USER: User expressly acknowledges and agrees that, by downloading and or using this photograph, User is consenting to the terms and conditions of the Getty Images License Agreement. (Photo by Gregory Shamus/Getty Images)

When Gordon Hayward went down on the opening night of the 2017-2018 NBA season, expectations for the Boston Celtics deflated in a hurry. After all, Hayward was the offseason’s big prize for Boston and, even with an intriguing young roster and the addition of Kyrie Irving, no one would have predicted that the Celtics would rattle off 24 victories over the course of the first 31 games.

Now, though, after a widespread assumption that Hayward would miss the entire season, Chris Forsberg of ESPN brings word from the All-Star forward that he just might be able to come back this year.

“My mind is open to that. I’m trying to get back as fast as I can. It all depends on how I heal. I’m taking it day by day, goal by goal. We’ll see what happens.”

It is very important to note that the Celtics have every reason to take it easy with Hayward but the mere mention of a return is intriguing on a number of levels. While Boston has enjoyed high-end production from young forwards like Jaylen Brown and Jayson Tatum, Hayward would bring an entirely different dimension and, even if he wasn’t 100 percent in terms of on-court performance, simply getting some reps could be huge for the future.

Hayward is out of his walking boot now and, even if he doesn’t return, his ahead-of-schedule rehab is an exciting development for fans of the Celtics and the NBA in general.