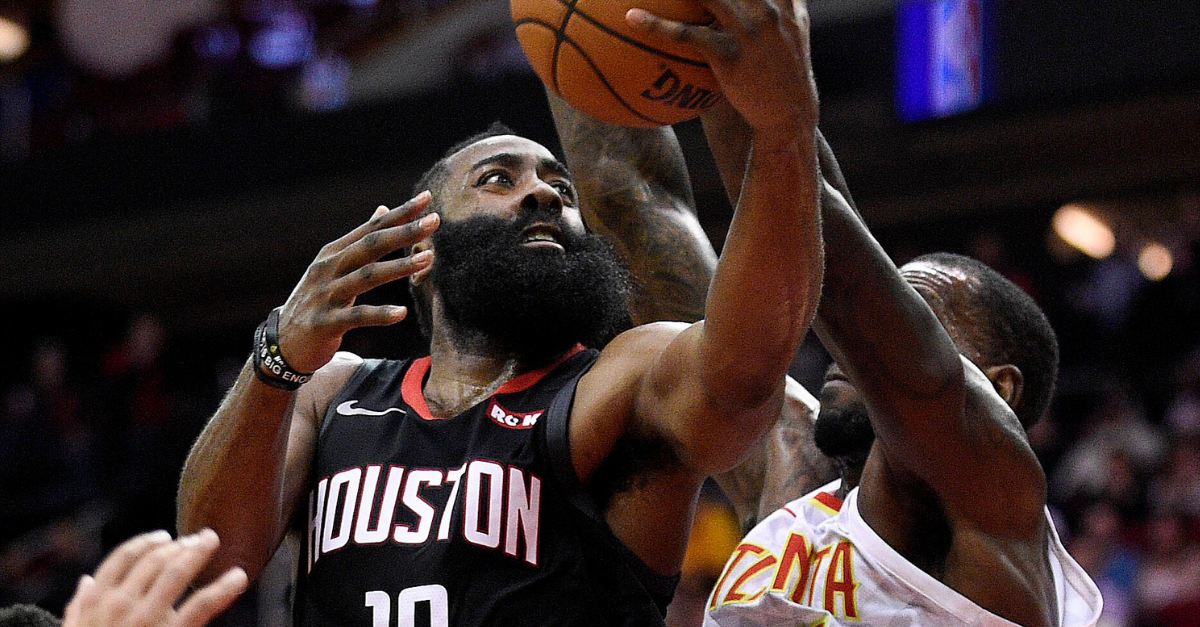 All good things must come to an end. Nothing truly lasts forever. Both of those sayings are as old as they are true, and we should now all be thankful James Harden?s streak of 30-point games is officially and finally over.

With just a few seconds remaining Monday night, and the Houston Rockets about to take down the Atlanta Hawks at the Toyota Center, Harden was stuck on 28 points. It hadn?t been a great shooting night. In all honesty, there haven?t been many for the 6-foot-5 superstar since a few games before the NBA All-Star break. But here he was again, needing to make one more shot to keep the impressive streak alive.

It just never happened. Harden dribbled the ball across half court as four (yes, four!) Hawks players swarmed him, and the final buzzer sounded. The 32-game streak with at least 30 points ended rather bittersweet in a 119-111 victory.

Harden finished with 28 points on 7-for-21 shooting, including going 0-for-10 from 3-point range for the fourth time in his career. He also added five rebounds, four assists, and committed six turnovers in the win.

It was a rather anti-climatic ending to the second-longest streak in NBA history ? nobody will ever catch Wilt Chamberlain ? but that?s kind of how this streak felt for a while.

Houston Rockets guard James Harden is incredible. Seriously, what the smooth lefty was able to do from the time he dropped a 50-point triple-double against the Los Angeles Lakers in the middle of December until Monday was nothing short of special.

He averaged 41.1 points over a 32-game stretch for crying out loud. It was just time for it end.

The streak is finally over. But what a stretch from James Harden ⤵️ pic.twitter.com/gIc9maJ2WI

Although the reigning NBA MVP needed to get buckets at a high clip while the Rockets got healthy again ? primarily Chris Paul ? some of the streak was just pure madness.

Harden was in insolation situations for over two months and nobody could stop him from scoring. It?s not really his fault. However, the show was getting old.

Watching someone take an insane amount of free throws and launch step-back 3-point attempts is cool, especially when the player is as hot as Harden was for a good portion of that streak, but it even looked like the seven-time NBA All-Star was a little tired of it.

The Houston Rockets can now shift their focus to a playoff push with a full roster and potentially challenge the Golden State Warriors in the Western Conference. That alone sounds much better dragging along this 30-point streak, which was destined to end soon with Harden suffering from a neck injury.

Was it fun while it lasted? Absolutely. Watching anyone go off on a scoring terror for over 30-straight games should be fun. Thank goodness, though. It?s finally over and we all can watch the better version of James Harden at the best time of the year.