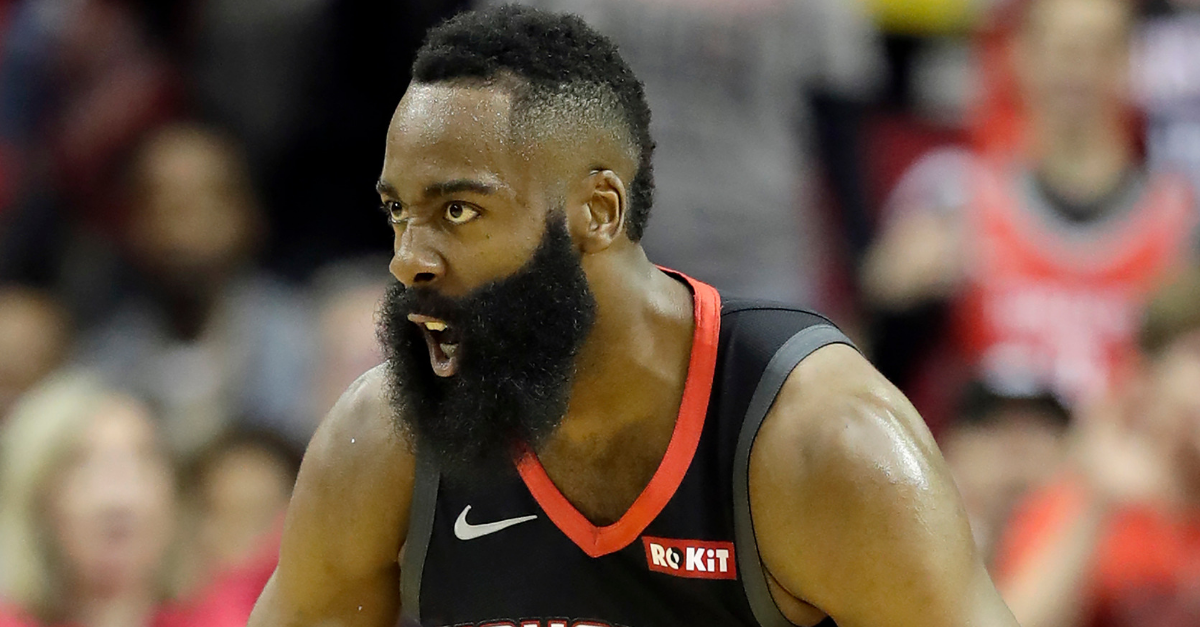 Michael Jordan never did it. LeBron James hasn?t accomplished the feat, either. When it comes to dropping multiple 50-point triple-doubles, the list is very short and nobody in NBA history is as good at doing it than Houston Rockets guard James Harden.

The reigning MVP always knew he was going to be a superstar, but he has taken his game to a height nobody ever has. That was crystal clear Thursday night when the 6-foot-5 bucket getter posted 50 points, 10 rebounds and 11 assists in Houston?s 126-111 victory over James and the Los Angeles Lakers at the Toyota Center.

With the 50-point triple-double, the fourth in his NBA All-Star career, Harden passed former Oklahoma City Thunder teammate Russell Westbrook with the most in league history.

RELATED: James Harden?s Childhood Note to His Mom Will Give You Chills

It was seriously incredible to watch, and Harden is the the true king of an exclusive list. Only Harden, Westbrook, Elgin Baylor, Wilt Chamberlain, Kareem Abdul-Jabbar, and Richie Guerin have recorded a 50-point triple-double. Harden, Westbrook, Baylor and Chamberlain are the only players to ever do it more than once.

That?s definitely amazing considering all of the stat-stuffers throughout history and here is a look at all four 50-point triple-doubles during Harden?s career:

On New Year?s Eve, Harden absolutely cooked the New York Knicks for a jaw-dropping 53-16-17 at the Toyota Center. The poor Knicks threw as many defenders as they could at Harden that night, but there was no stopping the now-six-time NBA All-Star. Turns out, this was only the beginning.

Less than a month after registering his first-ever 50-point triple-double, the former Arizona State star and No. 3 overall pick in the 2009 NBA Draft did it again at the Wells Fargo Center in Philadelphia, Pennsylvania. Harden was absolutely in his bag that night.

This game will forever be etched in history as the NBA?s first game where a player registered a 60-point triple-double, a record that still stands today. It was full display of Harden?s offensive arsenal and perhaps his greatest game during his NBA Most Valuable Player campaign in 2017-18.

The Rockets didn?t have the start to the season as they would have hoped, but Harden ignited the crowd in the way he knows best against LeBron James and the Los Angeles Lakers at the Toyota Center. In many ways, Harden was the best player on the floor, especially in the fourth quarter, posting 50 points on only 26 shots and his fourth 50-point triple-double in his career.

READ MORE: Did James Harden Travel on This Move or Is He Actually a Wizard?