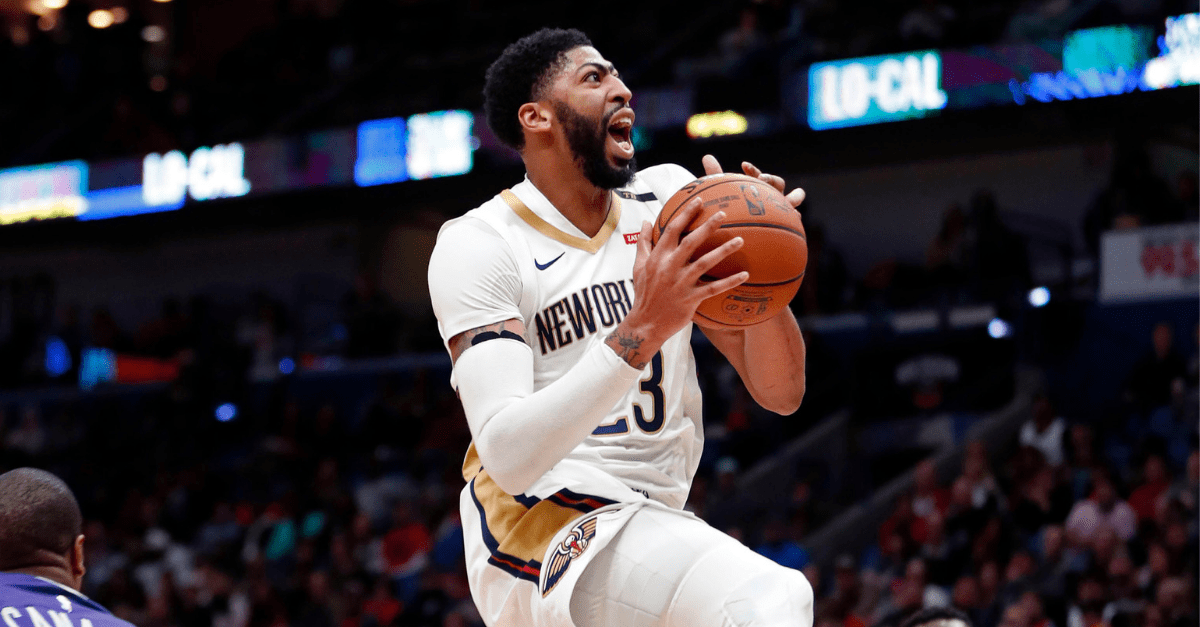 While everybody’s focus is on the sheer madness of football, the National Basketball Association‘s 2018-19 season is starting to bloom as teams are taking shape. Following the massive power shift when the Minnesota Timberwolves traded guard Jimmy Butler to the Philadelphia 76ers, the Eastern Conference is reloaded, while the Western Conference is as dangerous as ever.

Two teams are flexing their muscle at the top each conference, and a few players are making their presence felt after the NBA’s opening month. Last season, Houston Rockets star James Harden led the league in scoring and won the MVP award, but here are eight way-too-early candidates to take home this year’s NBA Most Valuable Player award.

The 28-year-old point guard can be a forgotten commodity playing for the Portland Trail Blazers, but with his team at 10-4 after the first month of the year, it’s going to be hard to ignore Lillard anymore.

The small school draft pick from Weber State earned First-Team All-NBA honors last season after a stellar campaign in which the Trail Blazers won 49 games, and they earned the No. 3 seed in the Western Conference playoffs before getting swept by the New Orleans Pelicans in the first round.

So far this year, Lillard’s team is well-rounded and beating teams by about 8.4 points per game. The Trail Blazers are going to be in contention for a title at the end of the season, and their veteran MVP candidate is leading the charge.

While the Oklahoma City Thunder are now free of walking sandbag Carmelo Anthony, things haven’t been all peaches and cream to start 2018. After getting Westbrook back from a knee procedure that kept him out the first few games of the regular season, the 2017 NBA MVP is back with a vengeance, as usual.

OKC is off to a 9-5 start to the season, but they are 5-2 in the seven games Westbrook has played. With small forward Paul George as his No. 2, Westbrook needs to keep himself healthy, and the Thunder will be in position for a top-four seed in the West come playoff time.

Kawhi bet on himself, wanted out of a situation he obviously didn’t like with the San Antonio Spurs, and now he’s thriving north of the border playing for the Toronto Raptors.

With point guard Kyle Lowry as his running mate, Leonard’s reminding the NBA that he’s as dominant a two-way player as any in the game. Leonard’s efficiency and balance has the Raptors sitting on a 12-3 record, the best in the Eastern Conference, and they’re showing no signs of slowing down.

Toronto has 11 players playing at least 14 minutes per game, have no major flaws, and are prepared for the long haul, as long as they can convince Kawhi to hunker down in Canada and sign a long-term deal…

Curry is nursing a groin injury early in the season, but the best shooter in NBA history is far from out of the race for his third MVP trophy.

The Golden State Warriors are 12-3, average 120.7 points per game, and are in the drivers seat for another No. 1 overall seed in the West. With rumors swirling around Kevin Durant’s future with the team, and every sideline altercation magnified, the king’s of the NBA might actually be their own demise.

Curry has all the tools to win an MVP by himself, but then again, so does Durant. These two are an elite tandem, and even another NBA championship might keep them from these kinds individual accolades.

The best big man in the NBA has carried the New Orleans Pelicans since he entered the league as the first overall pick in 2012, and at just 25-years-old, he’s just now entering his prime.

The Brow is an immovable force protecting the basket and a complete nightmare for teams to try and defend offensively. The Pelicans are sitting on a 7-7 record and outside of the playoff picture, but keep this in mind: they’re 0-3 when the NBA’s leader in minutes per game didn’t play this season.

New Orleans goes as their five-time All-Star does, and the Smoothie King Center will be awaiting another playoff berth as this team enters form in the middle of the year.

The Philadelphia 76ers proved they’re all in on this team, trading for Jimmy Butler to form a new “Big Three” with Ben Simmons and Embiid, the latter of whom is playing out of this world through the NBA’s first month.

The only player in the league who is top-five in both points and rebounds per game, the 7-foot center needs health on his side, and he’ll have an incredible season playing on this team. “The Process” is in full bloom, and he’s starting to turn doubters into believers that patience with him would pay off.

The 76ers have a new dynamic to work out with the addition of Butler, but Embiid’s dominance is the cog that’s driving the engine in Philadelphia.

Welcome to your first lesson in Greek, and if you haven’t met him yet, the proper introduction the “Greek Freak.” Antetokounmpo is only 23-years-old, but the Athens, Greece-born superstar has brought the Milwaukee Bucks into the conversation as a legit NBA title contender.

Giannis is freakishly long, insanely talented with the ball in his hands, moves like a gazelle at 6-foot-11, and has everybody in the NBA stunned at how you can actually slow him down. With a 10-4 record, the highest scoring team in the NBA (121.0 PPG) is on a mission to bring Wisconsin an NBA championship with their MVP candidate leading the charge.

How much more evidence do the voters need to finally give LeBron James the Most Valuable Player award that he earns year after year?

When James left the Cleveland Cavaliers, the team spiraled out of control, and at 2-12 own the worst record in the NBA. Meanwhile, the Los Angeles Lakers, a team many thought didn’t have the firepower to compete in the West, are the fourth-highest scoring team in the league (116.9 PPG), and their 8-6 record is improving with every game.

The King is now a top-five scorer in NBA history after he passed NBA legend Wilt Chamberlain on the all-time list, and the league’s best player is on his way to another incredible season in year 16.