The Real Value of an Aging Carmelo Anthony 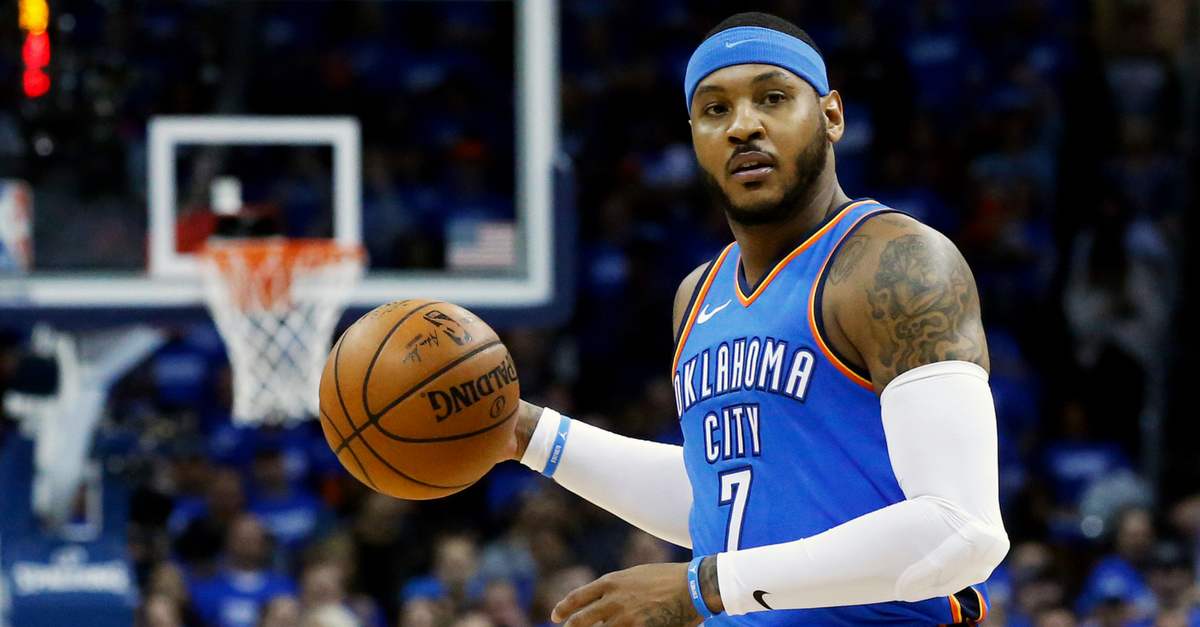 How much is Carmelo Anthony worth? Can he still be a bucket-getting asset for a contending team? What is the catch for having the 15-year veteran on the roster?

For the Oklahoma City Thunder, that was all answered on Friday.

Anthony, who opted into his $27.9 million contract for the 2018-19 season, and the Thunder will part ways this summer, according to ESPN.

What does that mean? Well, everything for OKC.

It means the 34-year-old Anthony sticking around and taking in his big contract is not worth the ridiculous $300-plus million payroll and luxury tax bill, and it will ultimately save the general manager Sam Presti and the organization over $100 million next season.

That is not a typo. Getting rid of Melo means Oklahoma City, even with a stretch provision, saves over $100 million.

Outside of the obvious financial motivation for a divorce, the short-lived partnership never seemed to have the chemistry everyone believed it could with the 10-time All-Star and four-time Olympic gold medalist, either.

That is quite the significant drop off from his days headlining the Denver Nuggets and New York Knicks.

Part of it is the presumed headache of having to play alongside and take the backseat to Russell Westbrook and Paul George. The other part is simply age.

The dip in production could be just a coincidence, too, and that leaves those three opening questions needing answers from someone other than the Thunder organization.

There are some horrendous contracts needing to come off the books on several teams in the next three years, and this happens to be one of them. It?s hard to imagine a world where Melo is going to complain about this, either, especially having made over $255 million in salary alone over this career. Opting into the contract means he will get paid, and perhaps it?s time to take a little discount and go get a ring or have some fun with one your friends (LeBron James with Los Angeles Lakers or Chris Paul with the Houston Rockets) this next season.

2. Melo can certainly be a bucket-getting asset for a contender.

The numbers last year were in all likelihood more fluky than a sign of trouble. Melo might not be the same assassin he was at Syracuse or even last offseason?s Hoodie Melo, but there still looks like there is plenty left in the tank and it will be up to him whether he can accept a lesser, perhaps non-starting role moving forward.

3. Unless you completely hate the occasional ill-advised 3-pointer or isolated fadeaway, having Melo on the roster is still more good than bad and there isn?t really much more of a catch than the typical shot selection.

Any situation might be better than the one he will be leaving soon, too.

At the end of the day, Anthony is likely nearing the winter of his career, but he has still has the value of a productive scorer to help any roster that wants him and will accept his need for shots.