Could You Name More Cheeses in 30 Seconds Than This Bucks Fans? 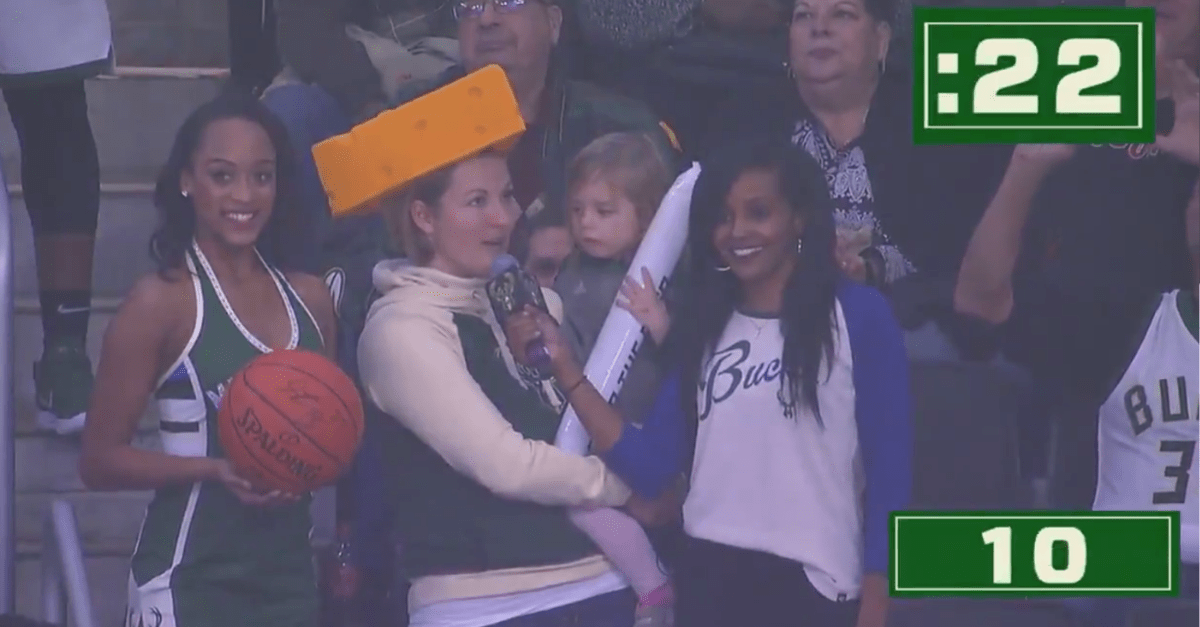 Whether you dance in front of thousands of strangers or participate in a contest no one really expects you to win, the fan experience at sporting events is sometimes just as important as the game itself. Those interactions during timeouts in play are priceless and can easily brighten your day.

At the Fiserv Forum ? the new arena of the NBA?s Milwaukee Bucks after they closed the Bradley Center for good ? one cheese-loving lady, with a kid in her arms, rattled off 27 different types of cheeses in 30 seconds to show off just how much Wisconsin native?s love their cheeses.

As the Milwaukee Bucks were posting franchise-records of 144 points scored and 22 3-pointers made, and forward Giannis Antetokounmpo was dropping dunks on defenders en route to a monster triple-double in the 144-109 victory over the Sacramento Kings, this lady put on a cheese-naming clinic with an Original Cheesehead on.

Being put on the spot to do this is not easy. It?s even tougher when a microphone is put in front of your face on a Sunday afternoon in front of thousands of people. It?s probably even tougher with a young kid in your arms while you try to concentrate.

Side note: The kid, holding one of those inflatable noise makers, has no clue about some of these cheeses. She was confused the entire time.

Another side note: Is string cheese really a cheese?

Whether you are a fan of American, Swiss, Gouda, Mozzarella, Feta, Provolone, Gorgonzola, Muenster or any other variation, gives this woman some props for getting that many.

Only one question remains: Could you name more than 27 cheeses in 30 seconds?