NBA analyst would ‘be surprised’ if Celtics didn’t take this shocker at No. 3 in the draft 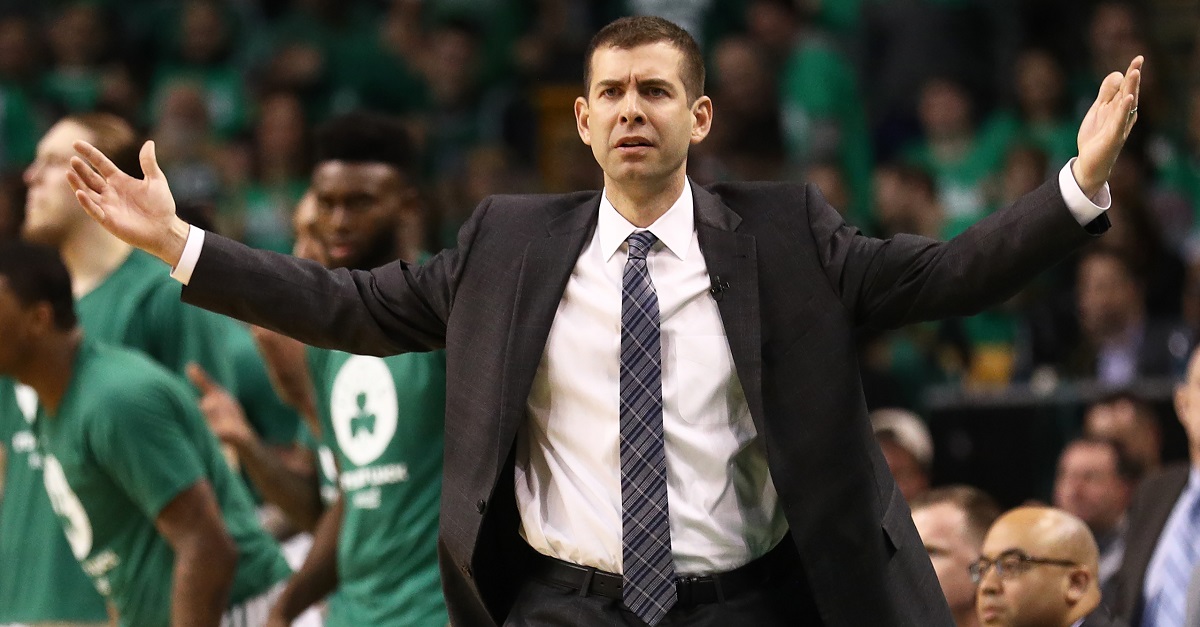 Maddie Meyer/Getty Images
BOSTON, MA - APRIL 18: Brad Stevens Head Coach of the Boston Celtics disputes a call during the third quarter of Game Two of the Eastern Conference Quarterfinals against the Chicago Bulls at TD Garden on April 18, 2017 in Boston, Massachusetts. NOTE TO USER: User expressly acknowledges and agrees that, by downloading and or using this Photograph, user is consenting to the terms and conditions of the Getty Images License Agreement. (Photo by Maddie Meyer/Getty Images)

The Boston Celtics have been making some serious waves and noise this offseason with their reported trade of the No. 1 overall pick in the NBA Draft. There have been rumors they are going to go after Anthony Davis of the New Orleans Pelicans, but for now they have to worry who they might nab at the No. 3 spot. The Ringer’s Kevin O’Connor says he would be “surprised” if the Celtics didn’t take former Duke freshman forward Jayson Tatum:

I'd be surprised if Jayson Tatum isn't Boston's choice. He checks all the boxes as a shot maker. Updated mock draft: https://t.co/JwEWZoXrrc pic.twitter.com/plUWu6bgps

Tatum has gotten some Carmelo Anthony comparisons in how he gets his points and his ability to post up smaller defenders as the power forward. He is one of the more polished scorers in the draft, but most mock drafts have him going just outside the top 5. However, the case he has going for him is that the Celtics haven’t actually brought in his potential competitors for workouts.

Danny Ainge said today #Celtics are trying to get workouts with Josh Jackson and Lonzo Ball. Neither have come in. Now…they may.

Lonzo Ball is almost a surefire thing to go No. 2 to the Lakers, but most analysts believe that Josh Jackson is the third-best prospect in this class and should go no later than No. 4 in this draft. The Celtics would do well to get either Jackson or Tatum as both provide a punch they need on the offensive end of the floor that just isn’t there with Jae Crowder, Gerald Green or Jaylen Brown.