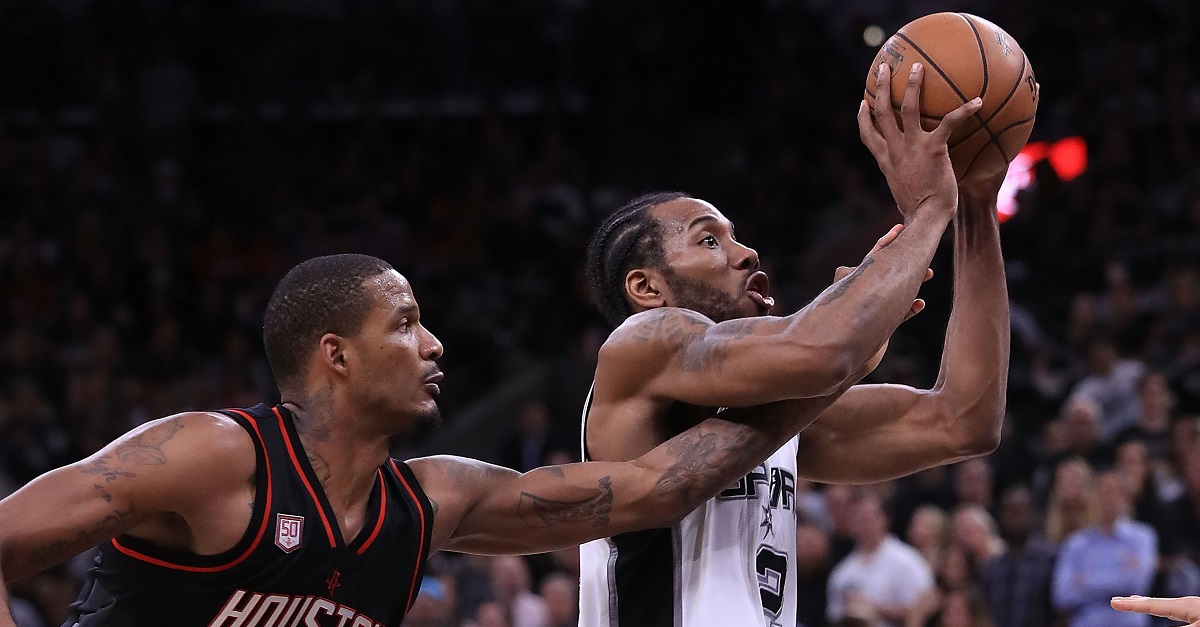 Ronald Martinez/Getty Images
SAN ANTONIO, TX - MAY 03: Trevor Ariza #1 of the Houston Rockets defends against Kawhi Leonard #2 of the San Antonio Spurs during Game Two of the NBA Western Conference Semi-Finals at AT&T Center on May 3, 2017 in San Antonio, Texas. NOTE TO USER: User expressly acknowledges and agrees that, by downloading and or using this photograph, User is consenting to the terms and conditions of the Getty Images License Agreement. (Photo by Ronald Martinez/Getty Images)

The San Antonio Spurs announced on Wednesday that forward Kawhi Leonard will be out for an indefinite period of time as he continues to recover from a right quadriceps injury.

Leonard, a former NBA Finals MVP and two-time Defensive Player of the Year, has been dealing with this injury for quite some time now as he initially suffered the injury last season during the playoffs. He was only expected to miss the preseason as he continued to rehab, but he didn’t make his season debut until Dec. 12. He started participating in team workout sessions last month and eventually made his way back to the court for the Spurs.

Leonard has only appeared in nine games since debuting on Dec. 12 and has also been dealing with a partial tear in his shoulder, according to Spurs head coach Gregg Popovich. Leonard is averaging 16.2 points, 4.7 rebounds, 2.3 assists and one block since returning, but those numbers are all down from last season, which suggests he still wasn’t completely healthy once he returned. The Spurs have been very careful with Leonard to this point as they elected to keep him out until December and held him out of back-to-back games to this point.

Despite missing Leonard, the Spurs are 29-16 this season and are in third place in the Western Conference. It remains to be seen when Leonard may return, but it’s clear that the team won’t rush him back and will let him properly rehab his injury.