The Brooklyn Nets are one of the hottest teams in the NBA. The Nets lost only one game in December, winning 12 games in a row before the streak came to an end Jan. 4 in Chicago.

For once, the Nets have most of their pieces in order. Star point guard Kyrie Irving is finally back and playing with some consistency. The 30 games he played this season already surpass the number he was able to play last season.

For this reason, Brooklyn's success this year relies almost entirely on Irving's availability. Kevin Durant and others really need a reliable second star to push the team over the top, as the winning streak suggests. If the past is any indication, though, the Nets are practically playing the lottery with their title hopes since it will rest on Irving's availability. 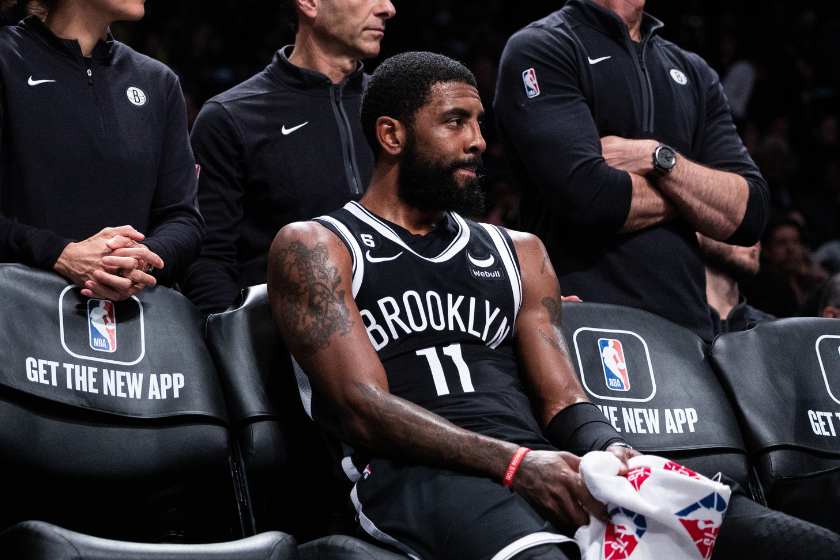 That season was after Irving only played 11 games as a Duke Blue Devil in college. Since his college injury, things have been tough. The seven-time All-Star guard also missed almost the entirety of the 2015 NBA Finals, getting hurt for the series after Game 1.

In his time with Brooklyn, Irving has already missed several games because of injury. The most games he has played in one season with the Nets were in 2020-21, when Irving played in 54 games -- still under two-thirds of the season.

In the postseason that year, Irving went down in the Nets' series against the Bucks in Game 4. Stepping up in his absence, Durant carried Brooklyn as far as it could go. In Game 7, the Bucks and Giannis Antetokounmpo escaped with a slim, 115-111 victory. As was the case after Irving got hurt in the 2015 finals, many fans felt Irving's injury was the ultimate difference in the series, as the Nets barely lost without their second star.

With so much history of injury, Brooklyn should not feel as if it is safe in this win streak or that it can compete with the likes of the Boston Celtics until a playoff series against them is won.

Stepping Back, But Not for a Jumper 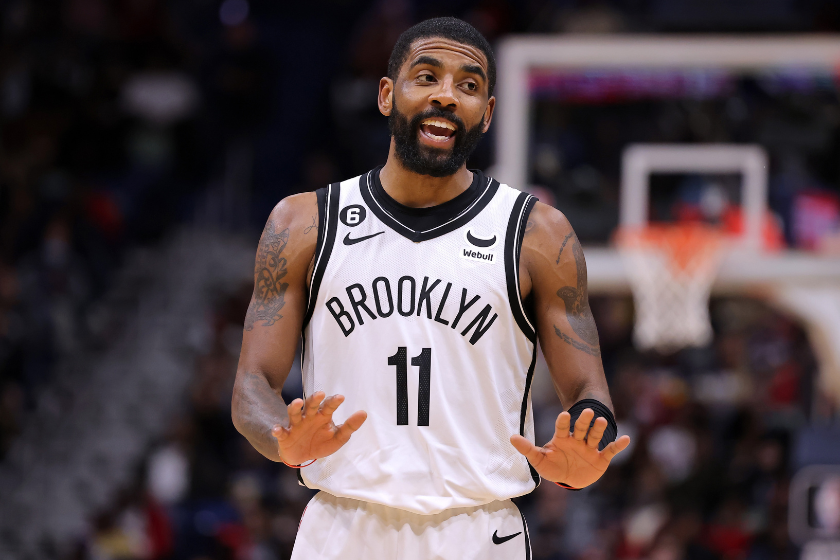 Whether Irving is injured or not will be a constant concern for the Nets, but it is far from the only threat to his attendance with the team.

Over the past few years, the Nets have had several issues with Irving that have little to do with him being injured.

Famously, Irving took a mysterious hiatus in January 2021. He said that his absence was related to family and personal issues. Later, in March of the same year, he would again miss games to tend to a family matter.

During the 2021-22 season, Irving missed a lot of games because he was never vaccinated for COVID-19.

Whether the decision was correct is a controversial matter of opinion; but since New York City had its own vaccine mandate that required those working in the city to be vaccinated, Irving was forced to miss several games.

With their point guard gone, the Nets finished 44-38 and weren't able to get their chemistry right in the playoffs. Brooklyn was swept in the first round by the Celtics.

After injuries and other happenings sidelined Irving, Brooklyn may have thought that this season could be the one in which Irving would be with the team for the majority of the season. He came into training camp healthy, and the vaccine mandate was no longer an issue.

Yet, the Nets felt compelled to suspend Irving on Nov. 3, resulting in further absence. The suspension, lasting eight games, ultimately came about after Irving released a tweet that publicized a film including antisemitic ideas. Initially, Irving didn't apologize and instead doubled down.

"I told you guys how I felt. I respect all walks of life and embrace all walks of life. That's where I sit. I cannot be antisemitic if I know where I come from," Irving said at a news conference.

After the suspension was given out by the Nets and the public scrutiny hit harder, Irving made more statements walking his stance back.

"Again, it's just a post. There's no context I put into it. I was just watching a video to learn more about my heritage through a deeper dive into who I am. Unfortunately, in that process I hurt some people, and I'm sorry for that," Irving said.

If there was ever a crazy sequence of events that signify what Irving's tenure has been with Brooklyn, his suspension does just that.

Nobody is to blame for Irving's injuries; they are random and an unfortunate part of the game. But the Nets don't have the privilege to just be worried about injury. As Irving has shown, you simply don't know what is around the corner. He may get hurt; he may take another stance that keeps him away from the team. If not, Irving might decide to step away for personal reasons. All in all, it makes the Nets' situation a mess. The current winning run shows the Nets what an elite and possibly championship-level team they can be when they have the pieces together and Irving is playing. Given his past occurrences, though, it feels as if getting Irving on the court consistently is a not a sure thing, leaving the Nets' championship aspirations up to the small chance that Irving is ready to go when they need him.