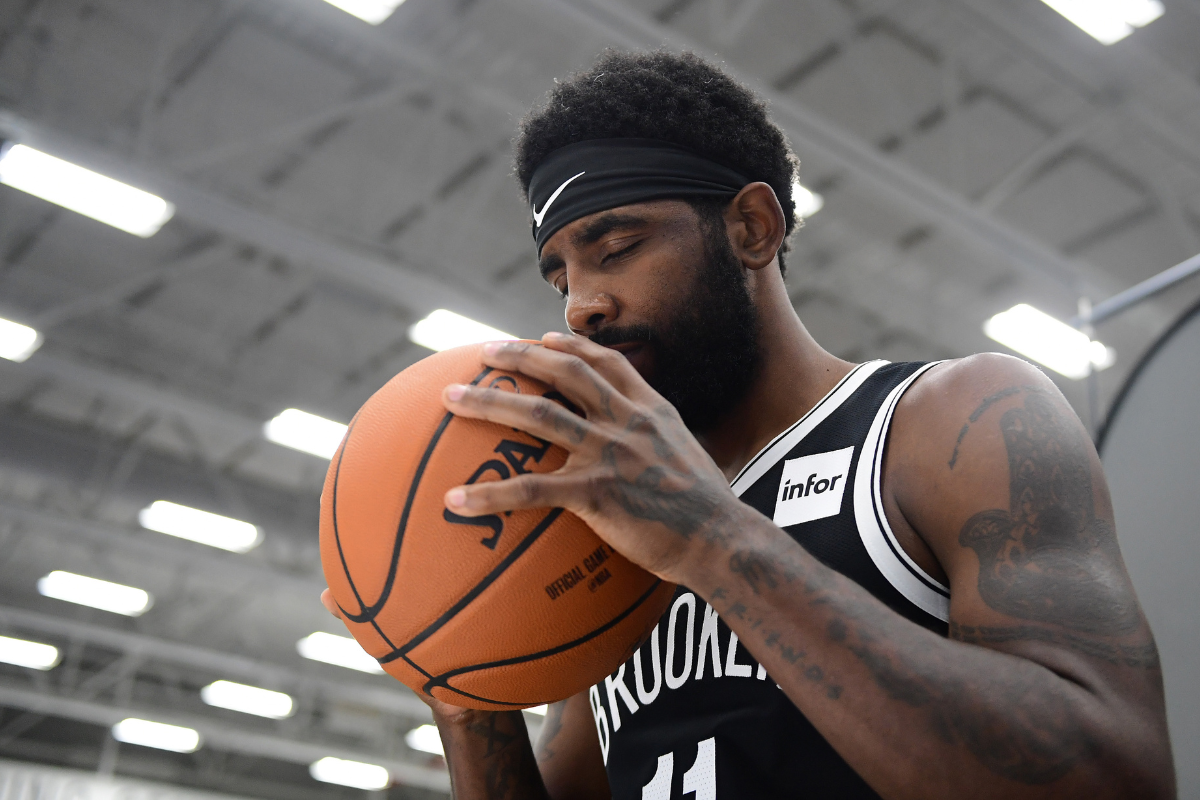 When the Brooklyn Nets traded James Harden within the Eastern Conference to the Philadelphia 76ers in exchange for Ben Simmons, Andre Drummond, Seth Curry and two first-round picks, it was clear what they were doing. After a season when the star point guard could only play in games outside of New York, the Nets were going after another point guard who could take them the distance.

What Ben Simmons can’t do (shoot from beyond the arc) is something the Nets can outsource to other players in their lineup. They don’t need a point guard who is a deep threat, they need one who can make things happen. That’s Ben Simmons. So, after this trade went down, the writing seemed to be clearly written on the wall: Kyrie is no longer the guy in Brooklyn.

This is probably where the rumor mill started about Kyrie being shipped out of Brooklyn and rejoining with his Cavaliers teammate, LeBron James, on the Los Angeles Lakers in a deal that would bring Russell Westbrook to Brooklyn.

The Man, The Miffed, The Legend of Kyrie Irving

Kyrie leaving Cleveland in a trade to Boston seemed to signal that the former No. 1 pick out of Duke wanted to win a ring on his own. It’s the Pippen Effect of winning an NBA Championship on the same team as a generational superstar. You need to make sure your legacy isn’t overshadowed by whispers of “they only won because of LeBron” or “Without Jordan, he’s got zero rings.”

Occasionally, teams go through dynasties where their roster is so well-constructed that if you remove the least important player from the floor, things crumble. Teams like the back-to-back NBA Champion Detroit Pistons and the Hakeem Olajuwon Revenge Tour Houston Rockets. Even the Golden State Warriors dynasty isn’t the same if they don’t have Andre Iguodala or Harrison Barnes.

All this to say, Kyrie returning to LeBron’s side didn’t fit the narrative he wanted for his career. So what did Kyrie do? He completely ruined the Nets’ plan for 2023.

At this point, I’m unsure if Kyrie understands how NBA Free Agency works. When he was clearly wanted and desired in Boston, Kyrie famously said he’d stay a Celtic “if they’ll have me.” What then followed was two years of Kyrie’s selfish nature overtaking the Celtics’ chances at getting to an NBA Finals, and led to a river of bad blood between Kyrie and the city. It cannot be overstated enough that Kyrie had exactly what he wanted in Boston. A franchise that wanted to win, who needed a leader, a team of young stars with massive potential, and a fan base who throws their entire support behind you when you wear their city’s name across your chest.

Kyrie didn’t care and the All-Star left Boston after a rough two years to become a free agent, but that’s another story.

Back to present-day Brooklyn, Kyrie has since opted into his final year with the Brooklyn Nets and Kevin Durant, giving the team two point guards and only one ball between them. In a tweet announcing his intent to return to Brooklyn, Kyrie wrote “Normal people keep the world going, but those who dare to be different lead us into tomorrow. I’ve made my decision to opt-in. See you in the fall.”

Kyrie’s decision to opt into the Nets’ 2023 season by exercising his player option comes after he chose to opt out of playing home games for them in 2022.

There’s no daring to be different here, as much as there is daring to not read the room. Kyrie’s decision to finish what he and Kevin Durant started when they both joined the Nets in free agency is over, it ended when he refused to get vaccinated and help his team win an NBA Championship. Once again, pride is standing in the way of Kyrie actually accomplishing his true goal of being the guy who won an NBA title by himself, without the help of a generational presence.

At a certain point, we need to begin considering whether or not Kyrie actually understands how to win basketball games. In Boston, he refused to let anyone else guard Giannis Antetokounmpo and the Celtics got walloped by the Bucks in the 2019 playoffs.

Then in 2021, after the Nets acquired Harden, creating a Brooklyn Big 3, the Nets stars hardly played together. In 2021, the Brooklyn Nets didn’t have all three of their stars in the same game for a majority of the season. In fact, the law firm of Durant, Irving and Harden only played together in a total of eight games together, totaling 202 minutes together in the regular season.

James Harden, Kevin Durant and Kyrie Irving played in only 16 games together.

Kyrie Irving has barely even begun to play for the Nets in his short time in Brooklyn, so what’s to be finished? Kyrie played more games in his two years as a Boston Celtic than his three seasons with the Nets. That’s not the sign of a guy who really wants to win, that’s a player who doesn’t know how to take on the responsibility of being the nucleus of a winning team.

Look, the man has a lot of great qualities and you cannot fault him for fighting for what he believes in. But when it comes to basketball, Kyrie Irving is continuing to show us that he is once again choosing to believe that he’s running the show by himself, rather than being the leader of a team. There are still the hopes that a sign-and-trade could happen, but it’s becoming increasingly unlikely that Kyrie will be out of Brooklyn before next season.

Meanwhile in Philadelphia, James Harden declined his player option and is looking to restructure a deal with the Sixers so they can go out and get the players they need to win an NBA Championship.

Perhaps Kyrie should call James and ask for some tips.

MORE: The Only Person on the Brooklyn Nets With Something to Prove is Steve Nash