The Detroit Pistons have been mired in a rebuild for what feels like a decade now. Since 2010, there have only been two seasons in which the Pistons were not a lottery team, and in both of those years they were swept out of the first round.

There were many fans in the Motor City who celebrated winning the 2021 Draft Lottery with almost the same fervor they celebrated the 2004 NBA Championship. And while there is new hope surrounding Cade Cunningham and the rest of the young Pistons, it has been a long time since Detroit was setting sell-out records at the old Palace of Auburn Hills.

You would think with the recent difficulties, it would be pretty simple to look into the history of Detroit and pick an all-time starting five. You would be wrong. One might also incorrectly assume that the entirety of the All-Time team would be constructed with members of the Bad Boys and "Goin' To Work" championship-winning eras. So without further ado, let us get into the roster. 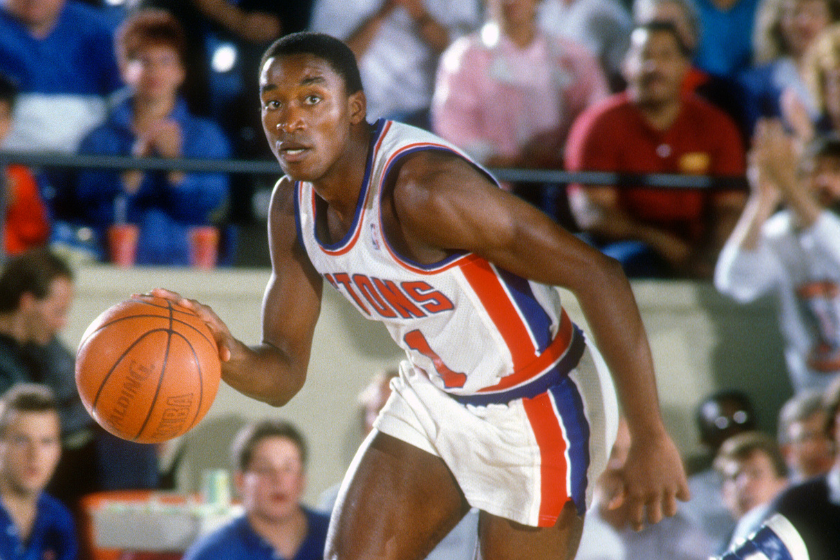 The easiest inclusion on this team, Isiah Lord Thomas III is the best player to ever wear the red, white and blue of the Detroit Pistons. Easily one of the five best point guards of all time in my opinion, "Zeke" was the engine of the muscle car that was the "Bad Boys" Pistons.

After winning the NCAA Championship in 1981 under Bobby Knight at Indiana, Thomas was selected with the No. 2 pick in the NBA Draft. He was instrumental to Detroit's success in the '80s. While it took a couple of seasons to put the right pieces around Zeke, once the Pistons made it back to the Playoffs in 1984, they would not miss it again until an Achilles injury ended Thomas's career.

Isiah is the all-time Pistons leader in minutes played, points, assists, field goals, free throws and steals. Incredibly, while he played nearly 400 more minutes than the player at No. 2, that player played in 39 more games. He also shows up in the top 10 all-time stats of both offensive and defensive rebounding, which is very impressive for an undersized point guard. (Thomas was only 6-foot-1). While feuds with Michael Jordan and long-time friend Magic Johnson kept Zeke off the Dream Team, it isn't hard to see why many list Thomas behind only Magic and The Big O when talking about the greatest point guards of all time. 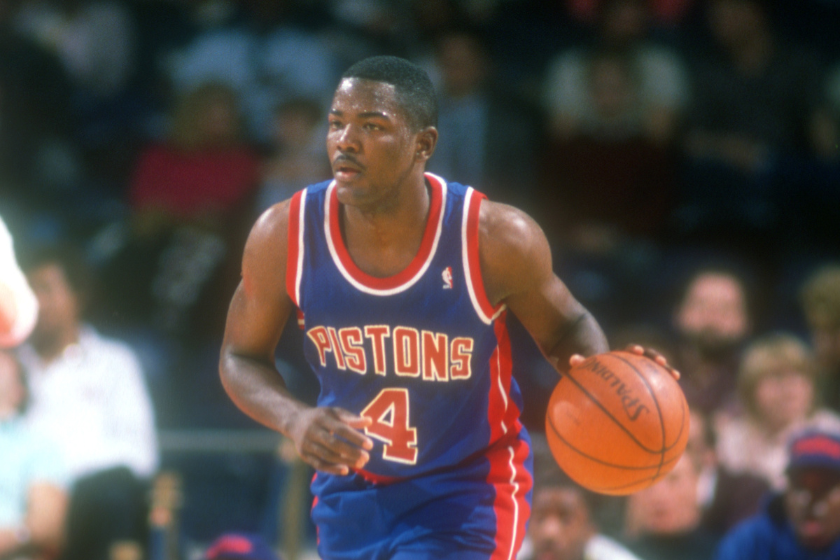 That player I mentioned above that was No. 1 in games played but No. 2 in minutes to Isiah Thomas? That was Joe Dumars. The other half of the "Bad Boys" backcourt, Dumars would likely be considered the greatest Piston of all time if not for his fellow guard.

Just behind Zeke in most categories, Dumars tops the three-pointer category for the Pistons. And while the Bad Boys were unsurprisingly known for their rough and brash style of basketball, it was Joe's quiet, stoic work that helped lead the team to back-to-back championships. But for all the great stats, perhaps the greatest reason for his inclusion on this team is this: Michael Jordan names Joe Dumars as the toughest defender he ever had to go up against. 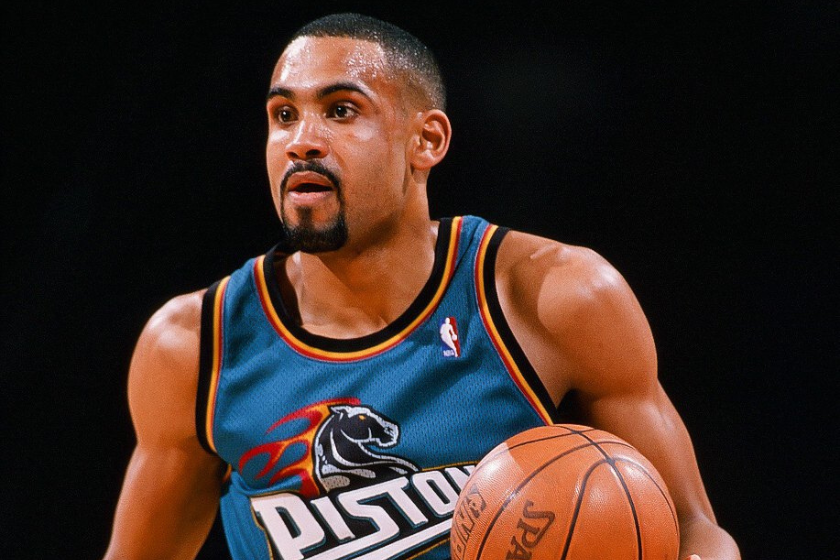 Related: Grant Hill's Net Worth: How the NBA Legend Built His Massive Fortune

If the '80s was the "Bad Boys" era and the '00s was the "Goin' To Work" era, then the '90s was the "Grant Hill" era. While the team saw little success during the six years Hill played in Detroit, you couldn't blame any of that on him. Hill won two titles at Duke, which is why the Pistons selected him with the third-overall pick in 1994. He would end that first season at Co-Rookie of the Year with Jason Kidd. He never averaged less than 19 points, six boards, and five assists in any of the seasons he was in Detroit.

Hill leads all Pistons with 29 triple-doubles, 24 more than Zeke has in second place. He only failed to make an All-Star and All-NBA team in one of those six seasons, and he is still top five in PPG, assists, steals and has the highest Efficiency Rating of any Piston in the modern era. Sadly, the team was never able to put pieces around Hill for some reason (maybe it was the teal jerseys) and he eventually left for Orlando.

Though, he did do the team and new President of Basketball Operations Joe Dumars a big solid in 2000 when he agreed to a sign and trade instead of just leaving as a free agent. That deal would pave the way for the Goin' To Work era. But make no mistake, it was the all-around prowess of a young Grant Hill that sees him on this roster. 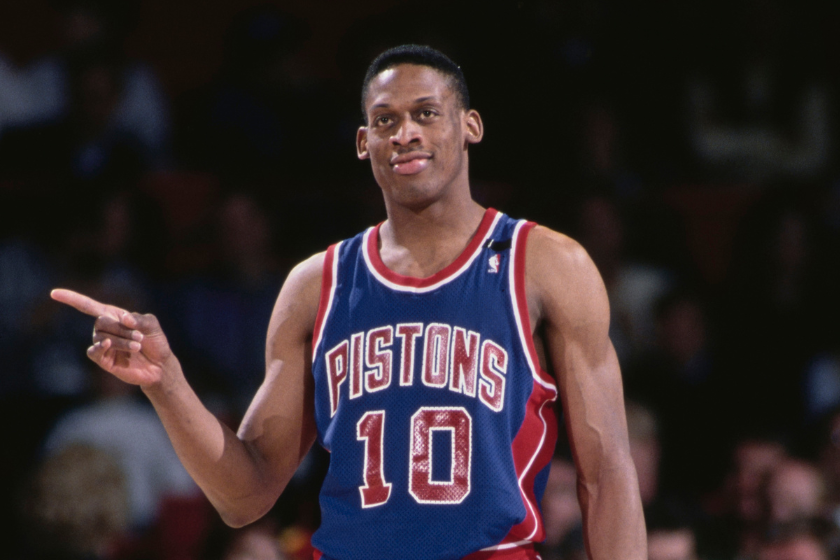 This is where this starts to get difficult, but there's no denying The Worm. Most people remember Rodman for the hair-dye, for the wedding dress, for the multi-day benders in Vegas with the likes of Madonna and Carmen Electra. But before all that, he was simply one of the greatest defenders and rebounders the Detroit Pistons, and the NBA, has ever known. Rodman won the first two of his five titles with the Bad Boys. He was named back-to-back Defensive Player of the Year in '90 and '91, the first two years he didn't come off the bench. Even more impressive, he made the All-NBA First Defensive Team in '89 while he was in fact still coming off the bench.

The Dennis Rodman that had his No. 10 retired in Detroit was very much a different person than the one that followed. Eventually, he became a rebounding specialist, and it was in that position he found success later in his career with the Bulls. But it was his defense and his instrumental inclusion in the Jordan Rules that defined the Bad Boys. 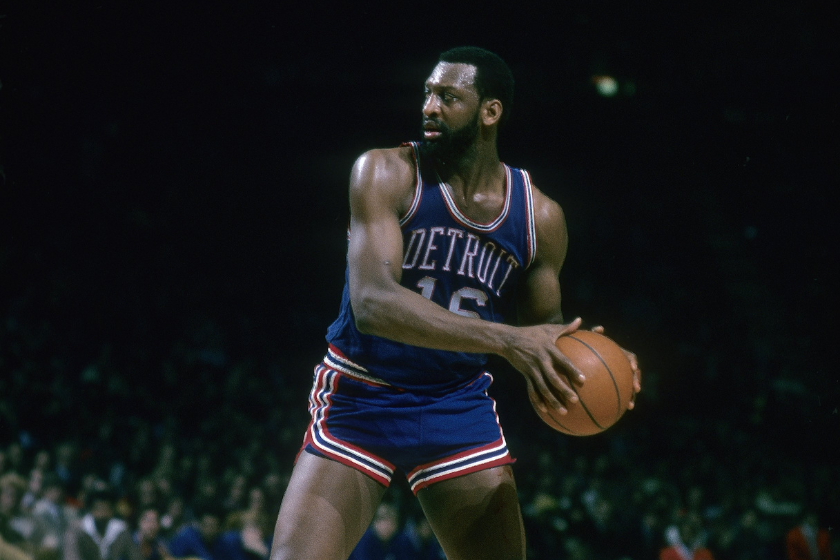 Now, I am basing this solely off of stats, as I never saw Lanier play, but the stats don't lie. This Hall of Famer, the most efficient scorer Detroit has ever known, was THE Piston of the '70s. He led the team in scoring for nearly that entire decade and he still sits third on the Pistons' points leaders list. He also sits third on the rebounds list and, crucially, sits atop the points per game stat with a whopping 22.7 average. The Pistons didn't see much success before the Bad Boys era, but Bob Lanier is easily the best big man the team has ever known. 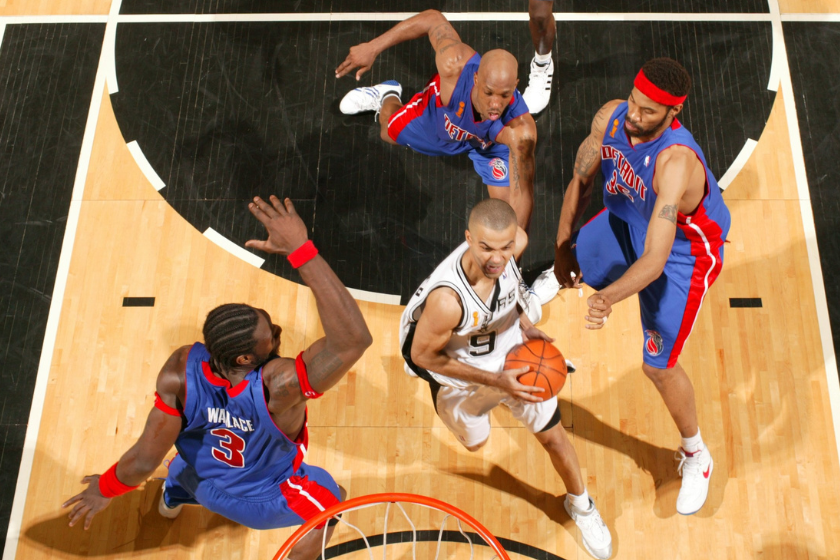 Related: The 2004 Detroit Pistons Officially Broke Up a Lakers Dynasty

You may have noticed by now that I've mentioned the Goin' To Work era quite a few times in this piece, but none of those players are included amongst the starters. That's because the 2004 team that is the lynchpin of that era, is simply the greatest TEAM. Fun Fact: that '04 team is the only NBA to win a championship in the Modern Era that doesn't include someone on the NBA 75th Anniversary Team. So it's not a stretch to see them miss out on the starting five. They are, however, almost the entirety off the bench, save for Detroit Mayor Dave Bing.

MORE: Dennis Rodman's Net Worth: How "The Worm" Earned (And Lost) Millions