The 2004 NBA Finals were heralded as a David vs. Goliath matchup. The dynastic Los Angeles Lakers were aiming to create sports history by winning their fourth title in five years. The Detroit Pistons returned to the Finals after a 14-year absence. It figured to be over quickly.

The Pistons had other plans. 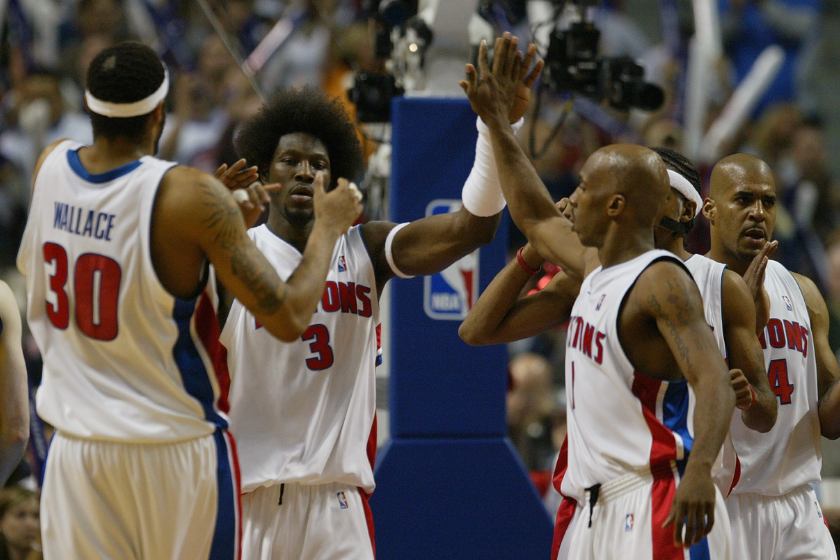 RELATED: 'Malice at the Palace' Lives On as Basketball's Ugliest Brawl

On the other hand, the Lakers looked unstoppable on paper. They had the superstar duo of Shaquille O'Neal and Kobe Bryant and added Hall of Famers Gary Payton and Karl Malone. Small forward Devean George rounded out the starting five of Phil Jackson's squad. Derek Fisher and a seasoned Rick Fox came off the bench.

Tensions were high throughout the season. Bryant was dealing with a sexual assault case in Colorado and feuded with O'Neal. Despite this turmoil, their talent carried them to a 56-26 record and a second place finish in the Western Conference.

They defeated the Houston Rockets in 5, the San Antonio Spurs in 6 in the Western Conference semifinals, and the Minnesota Timberwolves in 6 in the conference finals. 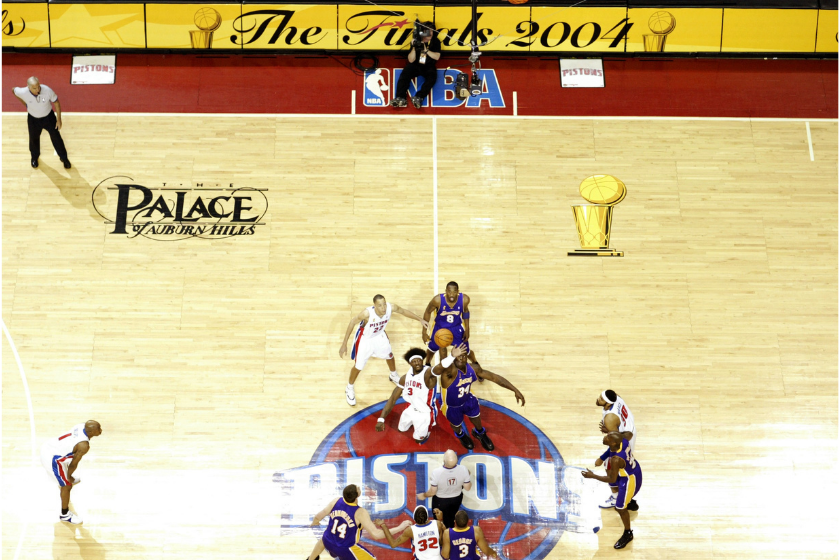 The Lakers held homecourt advantage in the 2-3-2 Finals series format.

Game 1 - The Pistons focused on limiting everyone but Kobe Bryant and O'Neal in Game 1. The duo combined for 59, but every other Laker only scored 16. The strategy worked, and the Pistons won 87-75. Chauncey Billups led the Pistons with 22 points and 4 assists. Pistons lead 1-0.

Game 2 - Detroit held a six-point lead with 47 seconds remaining in the game. Kobe missed a shot from beyond the arc but Shaq snagged the offensive board and converted a three-point play to cut the deficit to three. The Black Mamba redeemed himself by hitting a three with 2.1 seconds left and forced overtime. LA held Detroit to two (2!) points in the extra period, winning 99-91. Series tied 1-1.

The Lakers' 68 points were the fewest in a Finals game since the Utah Jazz put up 54 in Game 3 of the 1998 Finals against Michael Jordan and the Chicago Bulls.

Game 4 - Shaq kept the Lakers in it with 36 points and 20 rebounds, but Kobe went ice-cold. He shot 8-for-25 from the field and scored 20 points. Karl Malone exited the game with a knee injury and wouldn't return for Game 5. Slava Medvedenko and Luke Walton soaked up his minutes. The Pistons prevailed with a 88-80 win. Detroit leads 3-1.

Game 5 - On the precipice of their first title in 14 years, Detroit banked on their sturdy defense. They held Shaq to 20 points and Kobe to 24, securing the franchise's third NBA championship with a 100-87 victory at The Palace of Auburn Hills.

Each Pistons starter averaged double figures in scoring for the five-game playoff series. Looking back, it's incredible how low-scoring the games were. Detroit was the only team to break 100, and they barely did so in Game 5.

They say winning cures all. Well, losing is a fever. Phil Jackson resigned and took a year off before returning to Los Angeles in 2005. Shaq was traded to the Miami Heat and Payton to the Boston Celtics. Malone wasn't resigned. 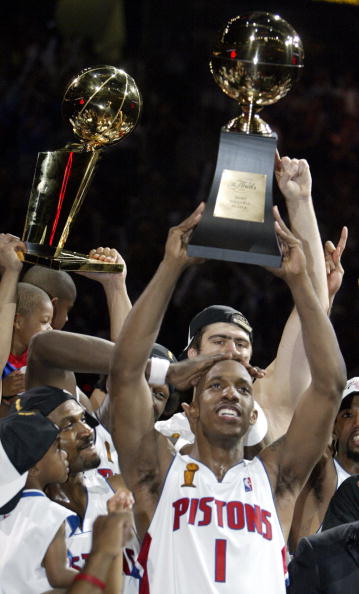 Billups was named Finals MVP behind 21 points, 3.2 rebounds, 5.2 assists, and 1.2 steals per game. He shot a scorching 47.1 percent from beyond the arc for the series.

The point guard set the tone on both ends of the court. The championship and Finals MVP are the highlights of Billups' 17-year career. It's only a matter of time before the five-time All-Star is inducted into the Hall of Fame.

This Pistons team was a unified bunch dedicated to making it a nightmare defensively. They dismantled a dynasty as prolific as any in NBA history and were tough as hell.

MORE: The 14 Most Overrated NBA Players of All Time Relied on Reputation