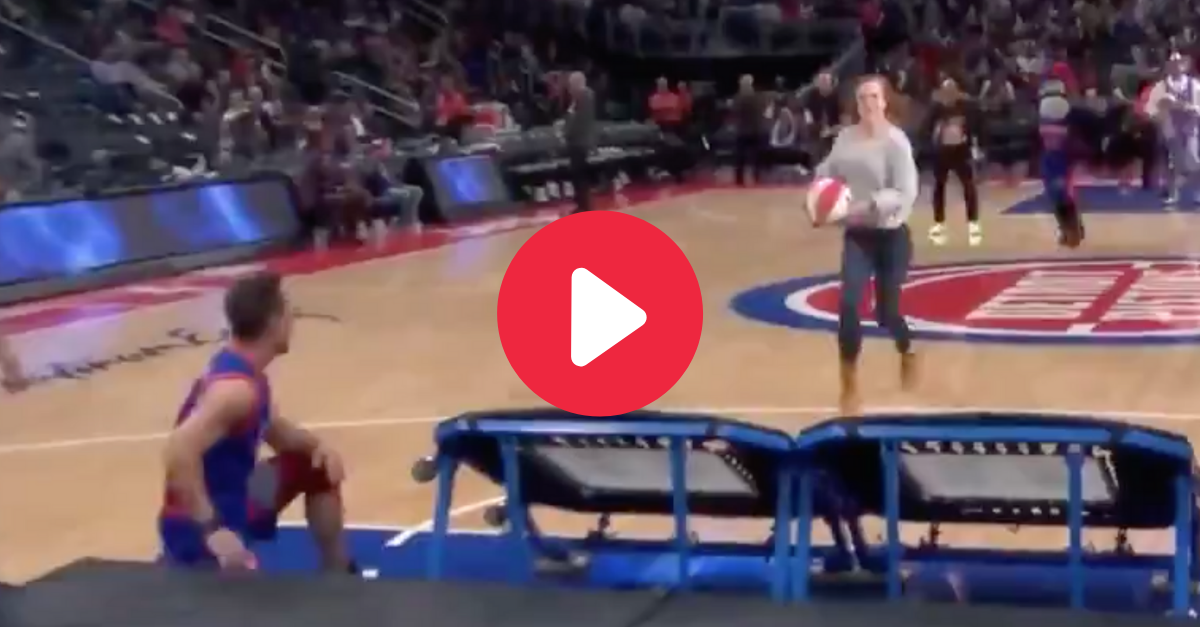 The Detroit Pistons are riding the struggle bus. The NBA franchise suffered a bad losing streak before the All-Star Game break, and things got even worse when the Milwaukee Bucks came to town. Needless to say, it?s tough being a Pistons fan these days, and one woman seemed to sum up everything that?s going on at the moment.

Getting dominated by Giannis Antetokounmpo happens. Anyone who made it out to Little Caesars Arena on Thursday night could have seen it coming, too. However, there was one moment that shocked everyone.

That?s when a woman named Kylie stole the show, for better and worse, with a trampoline dunk attempt for the ages.

It?s been a downward spiral for the Pistons as of late. They traded their best player, Andre Drummond, to the Cleveland Cavaliers, who just demoted head coach John Beilein, and they just lost their 11th-straight game to the Bucks, according MLive.com.

So having Kylie face plant after attempting a trampoline dunk is pretty much a microcosm to the team?s season. Much like the Golden State Warriors, there will be no playoffs and a high lottery pick this year.

Let?s put it this way: Kylie is no Aaron Gordon in a dunk contest, but she deserves some applause for taking the face plant like a champ. She committed to the dunk and lived with the result.

So on a night when the Bucks, Hawks, Hornets, 76ers, Kings, and Rockets all got wins, the Pistons, and their fans, took another loss.

At the very least, Kylie still has a smile on her face because sometimes all you can do is laugh at your own expense when you mess up.