Believe It or Not, Celtics Legend Larry Bird is Older Than His Incredible Career High

Sue Bird’s Net Worth Makes Her the WNBA Queen 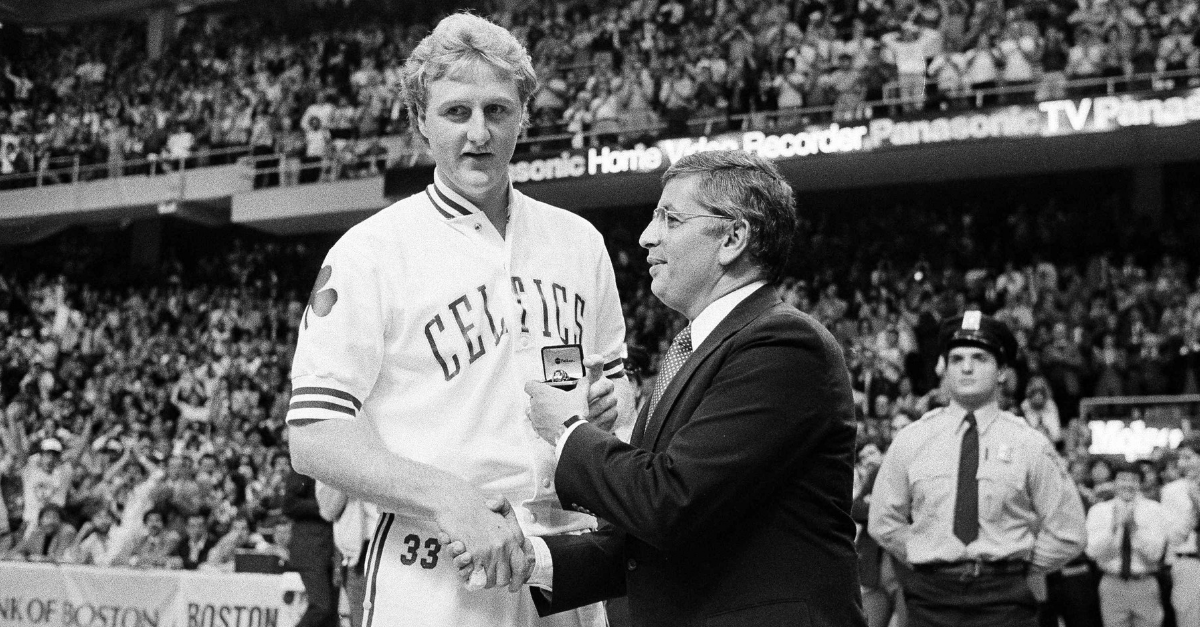 Boston Celtics legend Larry Bird will soon have his own museum back home in Indiana, filled with incredible memorabilia from a Naismith Memorial Basketball Hall of Fame career most hoopers could only dream of. It will be a celebration, no doubt, but there is a yearly party on December 7 for the all-time great.

From his sweet shooting stroke to his amazing trash talk, everyone has a story about Larry Legend. And on one day each year, NBA fans across the world remember the basketball icon on his birthday. Believe it or not, Larry Bird is now 62 years old.

Born in West Baden Springs, Indiana and the famous native of French Lick, Indiana, the 6-foot-9 forward shined at Springs Valley High School before starring at Indiana State as a two-time Consensus First-Time All-American and helping the Sycamores reach the NCAA Tournament for the first time in school history, including the 1979 Final Four national championship game against rival Earvin “Magic” Johnson” and the Michigan State Spartans.

Bird, the 1979 Naismith College Player of the Year, put Indiana State on the map forever and was the drafted No. 6 overall in the 1978 NBA Draft by the Boston Celtics, even though he was only a junior.

The rest, well, is history. Bird’s career stacks up with the greatest basketball players to ever play the game. He was a three-time NBA champion, two-time NBA Finals MVP, three-time NBA Most Valuable Player, 12-time NBA-All Star, three-time NBA 3-point Shootout champion, and NBA Rookie of the Year. That’s only part of his stacked resume.

However, during one of those NBA MVP seasons — his second-straight award during a 1984-85 campaign that was sandwiched by two titles — Bird dropped his career high 60 points against Dominique Wilkins and the Atlanta Hawks on March 12, 1985.

Larry Legend was feeling it so much that night as he broke the Boston Celtics all-time single game scoring record (56 points), which set by teammate Kevin McHale just nine days earlier.

Save all of his incredible triple-double games for another time. Push aside any NBA All-Star Game performance, too. Don’t even worry about what he did against Michael Jordan and the Chicago Bulls, Magic Johnson and the Los Angeles Lakers, or against the Golden State Warriors, Detroit Pistons, Milwaukee Bucks, Houston Rockets, Cleveland Cavaliers, New York Knicks, Portland Trail Blazers, Utah Jazz and every other team.

Of all of the legendary performances in Bird’s career, this was arguably his best ever.

Larry Bird was so deep in his bag he had the Hawks bench going crazy. Happy birthday, Legend. 🎥: @NBA pic.twitter.com/OPJsWRVQR6

Bird, who played for the Celtics from 1979 until 1992 after winning an Olympic gold medal on the United States Dream Team, also was the head coach and president of basketball operations for the Indiana Pacers, where he was also named NBA Coach of the Year and NBA Executive of the year.

There will never be anyone like Larry Legend. And there is nobody in NBA history, in any era, that could have guarded him the night he dropped 60 in the regular season.

It’s just crazy he is now older than his own record.