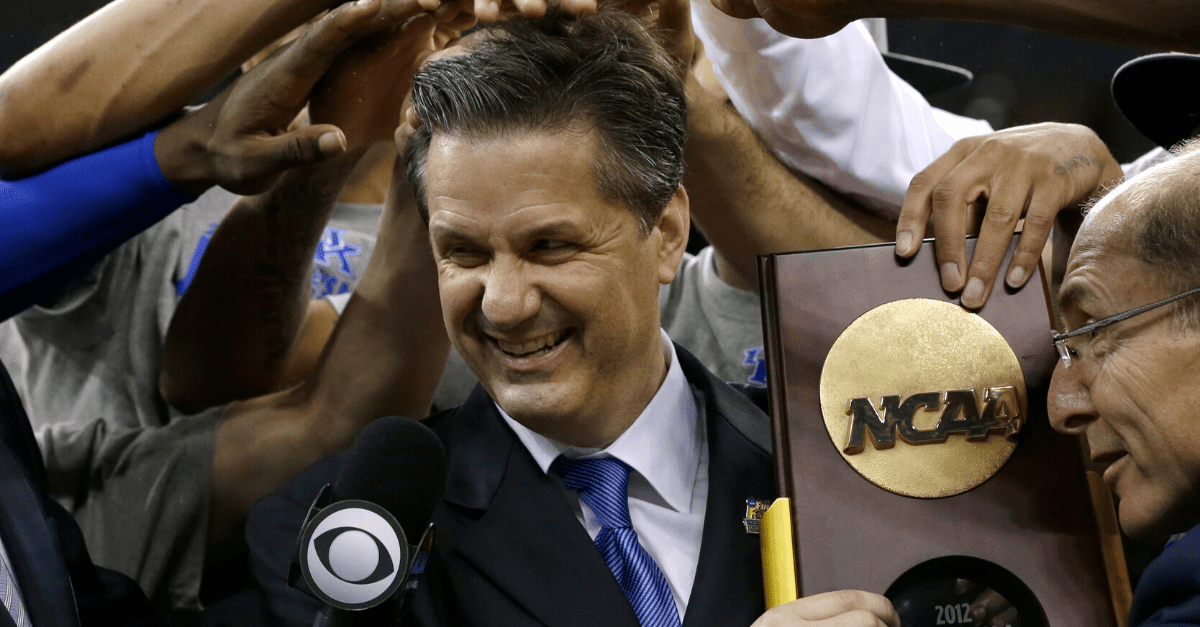 When you think of college basketball, the Kentucky Wildcats should immediately come to mind. This Southeastern Conference powerhouse program has the most victories in NCAA Division I men’s history and has produced some of the greatest players to ever play the game at the collegiate level.

With so many star players to go through Lexington, including 16 SEC Player of the Year honorees, it’s truly impossible to pick an all-time starting five. There’s simply too much history and the one-and-done era under head coach John Calipari only adds to the debate with “what if Player X had stayed all four years?”

Do you know what’s not debatable? The fact the Kentucky Wildcats have seen some of the most legendary coaches of all-time pacing the sidelines at Alumni Gymnasium, Memorial Coliseum, Joe Craft Center and Rupp Arena over the years.

The Wildcats are the only team in college basketball history with five NCAA Division I Championship head coaches and here is what the all-time great leaders did at Kentucky:

This might seem impossible to put a coach with so much success this low on a list, but it’s Kentucky, where is he part of the UK Athletic Hall of Fame and the other four coaches were simply better.

A former assistant from 1989-91 under Rick Pitino, Tubby Smith was hired to be the 20th coach in Kentucky history after success stints at Tulsa and Georgia and when Pitino bolted Lexington for the NBA to coach the Boston Celtics. Life was great, too, with Smith guiding the Wildcats to the national title in his first season.

Although there were no true stars on that 1998 basketball team, Smith inherited a lot from Pitino, including the likes of Wayne Turner, Allen Edwards, Scott Padgett, Nazr Mohammed and Jamaal Magloire, so while he deserves a ton of credit for winning it all, he didn’t exactly have to be a miracle worker to make it happen.

Despite a few mixed feelings, “Tubbyball” was great for a long while, including a highly successful 2002-03 season with a perfect 16-0 SEC record, but no Final Four appearances after the initial title led to his exit. The Wildcats then hired Billy Gillespie and let’s just say that didn’t exactly solve anything.

Although nobody could, and likely never will touch, the success of the legendary Adolph Rupp, Joe B. Hall did a rather phenomenal job after his former coach and mentor left the game. Hall played for Rupp in the late 1940s, and then was his assistant from 1965 until he was hired at the helm.

So while both Tubby Smith has more career wins and notoriety, Hall, who has the lowest winning percentage of the group with a ridiculous .748, should deserve a lot of credit for keeping the Wildcats program at the highest of levels immediately after Rupp, which was a rather impossible act to follow. Not to mention, he did it with his own players like Jack Givens, Mike Phillips, Rickey Robey, Kyle Macy, and James Lee.

Both Tubby Smith and Joe B. Hall might have earned National Coach of the Year honors at Kentucky, but nobody saved the Wildcats’ program from danger quite like Pitino. There is no arguing that, either.

When Pitino took over after a nice run with the New York Knicks, he inherited a mess left behind by former basketball coach Eddie Sutton, who eventually went on to have a nice career at Oklahoma State. The Emery scandal in 1989 put the Wildcats on probation for three years. Kentucky also had to serve a two-year ban from postseason play and was banned from live television during the 1989-90 season.

After that, though, Pitino helped Kentucky return to glory with a 1993 Final Four Appearance and a national title in 1996 behind the likes of stars Tony Delk, Derek Anderson, Antoine Walker, Ron Mercer, Walter McCarty and Mark Pope.

A move back to the NBA, as well as one to Louisville, did not fair so well for Pitino, but his run with the Kentucky Wildcats will always be remembered with the Unforgettables, Untouchables, and Unbelievables. It’s just also hard to believe only one national championship came from this era.

After a failed experiment with Billy Gillispie, Kentucky hired one of the hottest names in the game, John Calipari, who had earned National Coach of the Year honors at both UMass and Memphis and had just took the Tigers to the NCAA Tournament title game. What has happened since only adds to the lore of Kentucky hoops.

In his first recruiting class with the Wildcats, Calipari signed the No. 1 overall prospect in John Wall as well as DeMarcus Cousins, Eric Bledsoe, and Daniel Orton — all of whom were selected in the first round of the 2010 NBA Draft after their freshman seasons. The rest truly is history and a rather iconic recruiting run of this era.

From Anthony Davis helping Kentucky win the national championship in 2012 to four players being selected in the 2018 NBA Draft, three more in the 2019, and all of the stars in-between, nobody has produced NBA players more regularly than the Basketball Hall of Fame coach Calipari.

Having great talent helps win a lot of games, and Calipari — the fastest Kentucky coach ever to win 100 games — continues to do just that at a very high level, which Kentucky fans love.

When someone does so much, it’s nearly impossible to put it into words. That’s the lasting impact of the legendary Adolph Rupp, who coached the University of Kentucky for 41 seasons until 1972 before his death in 1977.

Kentucky men’s basketball is what it is today because of Rupp. He helped create the legacy that nobody before could reach or after will ever be able to duplicate.