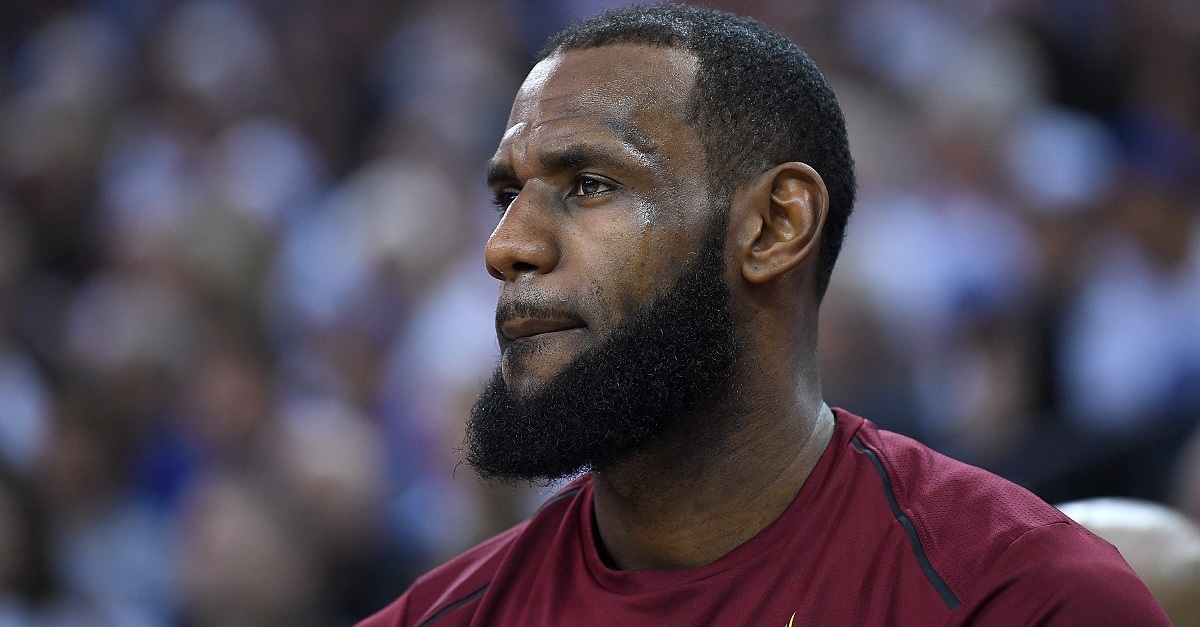 Thearon W. Henderson/Getty Images
OAKLAND, CA - DECEMBER 25: LeBron James #23 of the Cleveland Cavaliers looks on from the bench against the Golden State Warriors during an NBA basketball game at ORACLE Arena on December 25, 2017 in Oakland, California. NOTE TO USER: User expressly acknowledges and agrees that, by downloading and or using this photograph, User is consenting to the terms and conditions of the Getty Images License Agreement. (Photo by Thearon W. Henderson/Getty Images)

LeBron James reportedly wouldn’t commit to staying with the Cleveland Cavaliers beyond the 2017-18 season, according to Jackie MacMullan of ESPN.

James, who can become an unrestricted free agent this summer, would not commit to the Cavaliers beyond this season when asked by Cavaliers owner Dan Gilbert this past summer. The conversation with Gilbert reportedly happened around the same time the team was shopping Kyrie Irving after he requested a trade from the Cavaliers.

Of course, Irving was traded to the Boston Celtics in exchange for Isaiah Thomas, Jae Crowder, Ante Zizic and an unprotected 2018 first-round draft pick. The Cavaliers were interested in acquiring a high draft pick in exchange for Irving in case James decided to leave the team in free agency so they could build around that draft pick.

Once James opts out of his $35,607,968 player option for next season, teams will be expected to be aggressive in attempting to sign the four-time NBA Most Valuable Player in free agency. James just turned 33 last week and has made it clear that he will be seeking a max-contract from his next team. There have been many teams reportedly on the short list that he’d consider signing with, but it was reported that the Los Angeles Lakers, once thought to be a favorite for James, may not be in the running.

It’s not all that surprising to hear that James hasn’t decided on his future beyond this season. James has been very quiet in the past on his contract negotiations and has been unwilling to comment on those rumors. It should make for quite an offseason to see which team he’ll sign with.