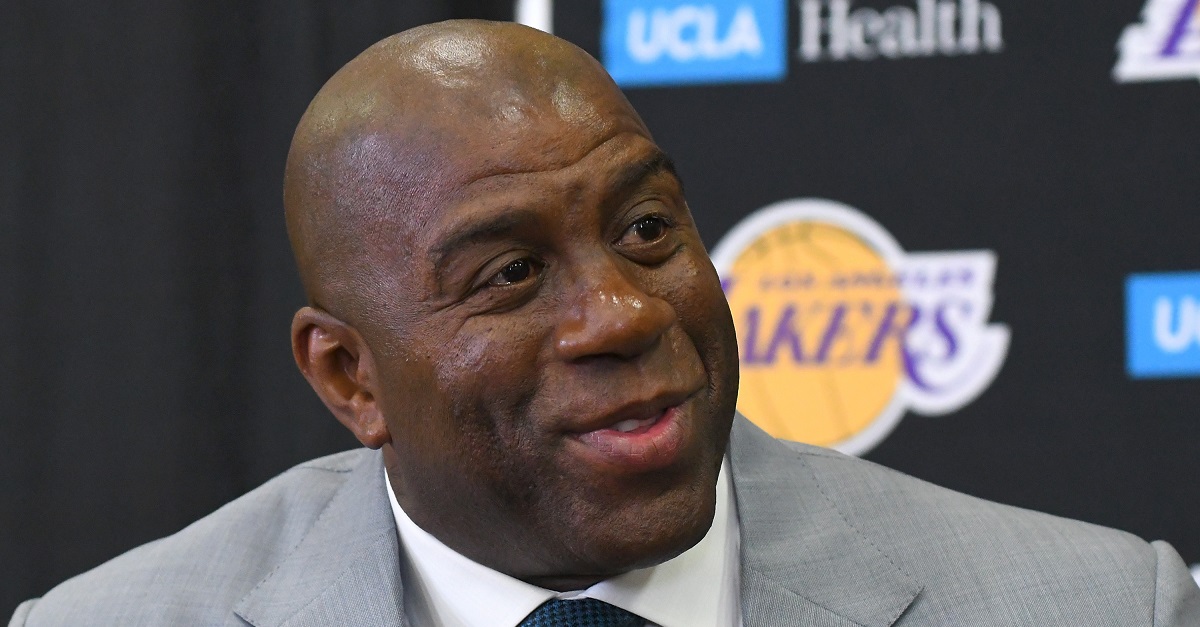 Magic Johnson has an important few days ahead as the part-owner of the Los Angeles Dodgers, and the FOX Sports baseball crew had him on before Game 2 of the World Series.

But the crew also wanted to ask Johnson about the upcoming summer for the Los Angeles Lakers since Johnson is a Laker legend and now the team president. David Ortiz asked Johnson about the possibility of the Lakers signing LeBron James this offseason, and Magic tried his best to avoid the question.

"What's it gonna take to bring LeBron to the Lakers?" —@davidortiz with the full-court press on @MagicJohnson 😂😂😂
Via @MLBONFOX https://t.co/FC7j9w1k9c

The Lakers were fined $500,000 for tampering with Paul George, so Johnson knew he couldn’t say too much about the possibility of signing LeBron in the summer of 2018. This likely won’t be the last time he’s asked about bringing in LeBron or Paul George before next offseason.