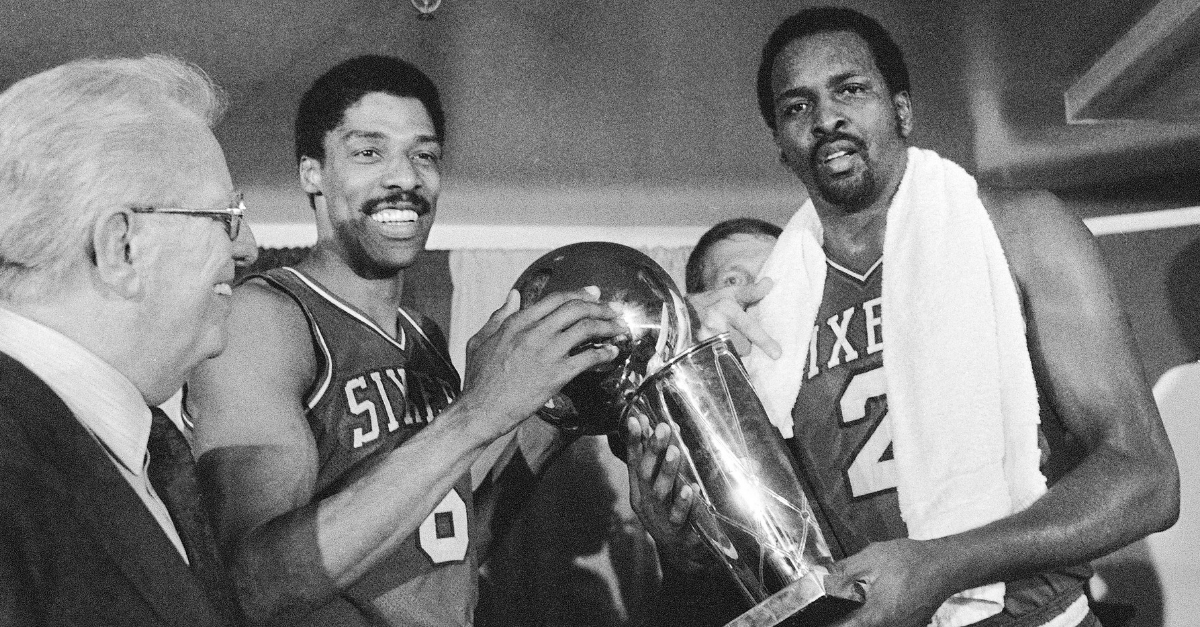 Sometimes in life, it?s better late than never to do the right thing. The Philadelphia 76ers finally figured that out, but it?s just unfortunate Naismith Memorial Basketball Hall of Famer Moses Malone isn?t alive to see it.

In a ceremony that should have happened at least a decade ago, the Sixers announced back in January they will retire the late Moses Malone?s No. 2 jersey in a special halftime ceremony on February 8 when Philly hosts the Denver Nuggets at the Wells Fargo Center. It?s a shame it look so long to honor one of the greatest players in NBA history, but at least it?s happening.

Not only will the ?Chairman of the Boards? have his jersey hung with other greats to don the Sixers uniform, the team will also unveil a Malone sculpture on ?76ers Legends Walk? at the Philadelphia 76ers Training Complex in Camden, New Jersey, which is a fitting tribute to the 12-time NBA All-Star and three-time NBA Most Valuable Player.

Team to Retire Moses Malone's No. 2

For two decades, from 1974 until his retirement in 1995, the 6-foot-11 Malone was a game-changing talent and one of the fiercest rebounders the game has ever seen. He scored 29,580 points (20.6 ppg.) and snatched 17,834 rebounds (12.2 rpg.) during his career with the American Basketball Association (ABA) and National Basketball Association (NBA), and oftentimes made the game look unfair.

?Moses Malone is one of the greatest players in NBA history and he left an incredible mark on the 76ers organization and our fans. He was such a pivotal force in the 76ers? championship run in 1983, where he earned both NBA MVP and NBA Finals MVP honors. He is an NBA icon, a 76ers all-time great and we?re thrilled to be able to celebrate his accomplishments by retiring his number and unveiling his sculpture on 76ers Legends Walk in February. Our fans deserve to have this special moment to honor and recognize a player who paved the way for so many future 76ers.?

Seriously, though. Philly retired Allen Iverson?s jersey before Malone. Better yet, the stars on that 1983 NBA title team, including Cheeks, Erving and Jones ? all of whom are deserving ? have been up there long before Malone, who was the regular season MVP award winner for that 1982-83 season, plus he was named NBA Finals MVP against the Los Angeles Lakers.

There is something seriously wrong with that picture. Just watch some of the top plays in his NBA career. Thankfully, the Houston Rockets figured it out and retired his No. 24 jersey before now.

After being selected in the third round of the 1974 ABA Draft from the University of Maryland, Malone, a native of Petersburg, Virginia, played for the Utah Stars and Spirits of St. Louis before the ABA/NBA merger. He then suited up for the Buffalo Braves, Rockets, 76ers, Washington Bullets, Atlanta Hawks, Milwaukee Bucks, the Sixers again, and the San Antonio Spurs during his career.

Malone passed away in his sleep in September 2015 at the age of 60 in Norfolk, Virginia. It?s a damn shame he is not alive to see his jersey retirement. What he did for the game was legendary. He led the league in rebounding six times and is one of just eight players in NBA history to win MVP at least three times.