The National Basketball Association is an exclusive club.

It's got everything: high-level basketball, some of the globe's best athletes, world-class arenas, $12 beers, fun guys, flat-Earth guys, guys who shed an extra layer after moving to an up-and coming area, mascots passing out from being so dedicated to their craft.

Only 30 members have access to these benefits. It didn't always used to be that way.

The NBA has expanded from 11 to 30 teams in its existence, and that number could potentially grow in the coming years.

Several franchises have come and gone, moved and changed names. The cornerstones that have been around in one form or another since the league's earliest days are the Boston Celtics, New York Knicks, Philadelphia Warriors (now the Golden State Warriors), Minneapolis Lakers (now the Los Angeles Lakers), Tri-Cities Blackhawks (now the Atlanta Hawks), Fort Wayne Pistons (now the Detroit Pistons), Syracuse Nationals (now the Philadelphia 76ers) and Rochester Royals (now the Sacramento Kings).

Here is the admittance timeline of the additional franchises: 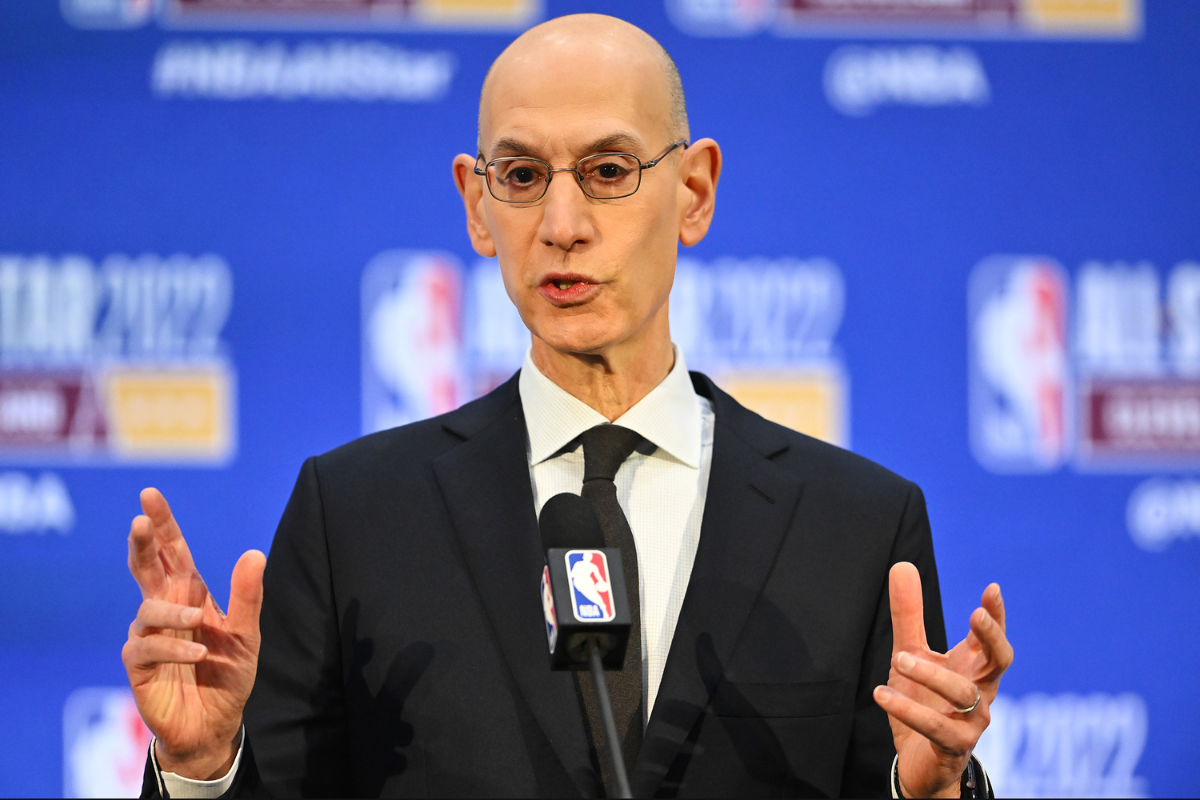 Due to the financial impact of the coronavirus pandemic and COVID-19 outbreak in 2020, the league began considering expansion more seriously than in recent years.

"I'd say it's caused us to maybe dust off some of the analyses on the economic and competitive impacts of expansion. We've been putting a little bit more time into it than we were pre-pandemic. But certainly not to the point that expansion is on the front burner."

A new franchise would require a billionaire owner to front somewhere between a $1 billion and $1.5 billion expansion fee, which is the average value of an existing franchise. That cash would be evenly distributed among the 30 current owners. That's part of the problem for some cities: do they even have a billionaire that could pay that expansion fee?

Recently rumors have swirled about the NBA having interest in expanding to two cities: Las Vegas and Seattle. Seattle wouldn't exactly be a "new" city, because the Supersonics called the city home from 1867-2008 before the team became the Oklahoma City Thunder. Meanwhile, Las Vegas has never had an NBA team, but the interest and success of the NHL's Las Vegas Golden Knights make Sin City an obvious choice.

However, in June 2022, Silver shot down those rumors. He also mentioned that Las Vegas was a great pro sports market.

"We are not discussing that at this time," Silver said. "As I've said before, at some point, this league will invariably expand, just not at this moment."

NBA Commissioner Adam Silver shoots down the latest NBA expansion rumors which include Las Vegas and Seattle as possible destinations. He further spoke about LV: ?Las Vegas has shown itself to be a great pro sports market.?#vegas #nba #NBAFinals ? @nba pic.twitter.com/B2Whh3qOfo

Expanding isn't priority No. 1, but let's say it climbs up the to-do list. Which cities should the league consider? 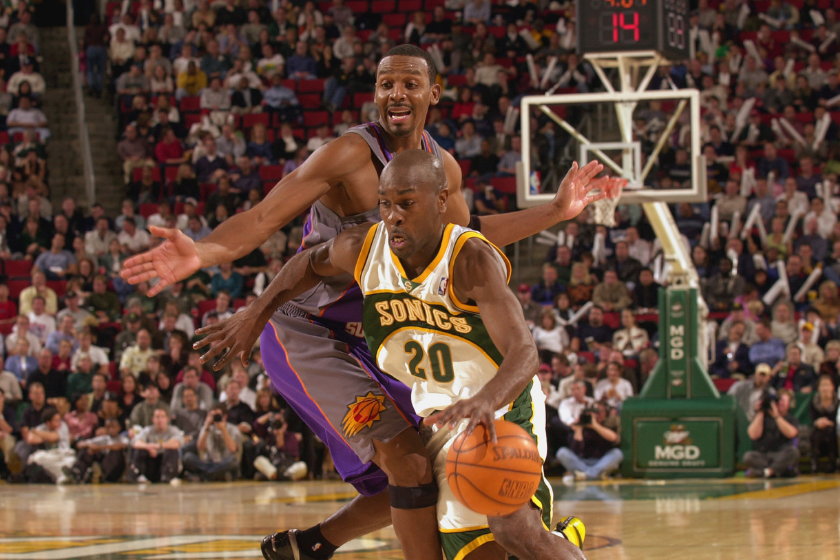 Seattle is the most obvious choice. The city was the home of the SuperSonics until the franchise relocated to Oklahoma City in 2008. It has topped lists whenever relocation has been discussed, such as when the Sacramento Kings were up for sale in 2013.

The Sonics previously played at KeyArena -- now remodeled as Climate Pledge Arena. The Seattle Kraken -- the newest NHL expansion team -- play home games there. An NBA team could share the space. I'm sure Seattle, and most NBA fans, would welcome the idea. There's a reason this one was part of those rumors. 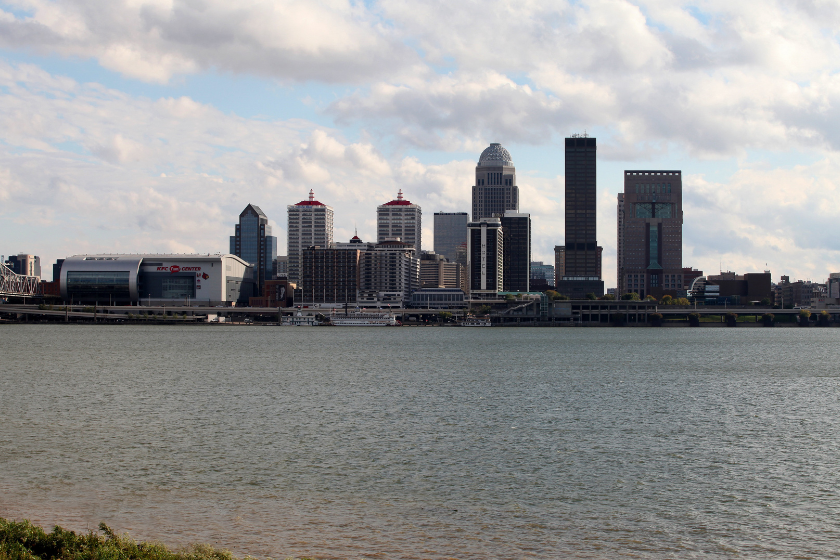 Louisville is in the heart of Bluegrass basketball country. It was considered when the Grizzlies relocated from Vancouver to Memphis and when the 30th franchise -- which landed in Charlotte -- was being discussed.

The city could host games at the 22,090-capacity KFC Yum! Center, the home of the Louisville Cardinals. 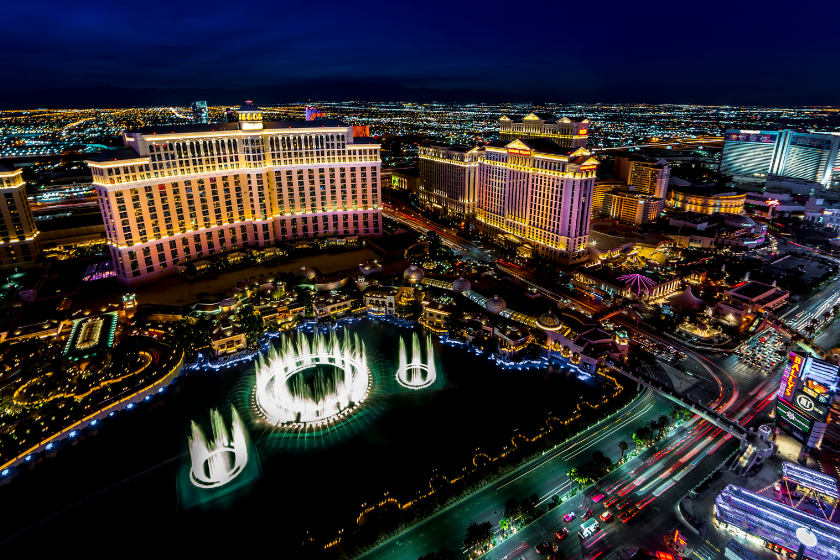 Vegas already has an established relationship with the league by hosting the Summer League. Sin City has welcomed new major sports teams in recent years with the NHL's Vegas Golden Knights, the NFL's Las Vegas Raiders and the WNBA's Las Vegas Aces. A new NBA team could share T-Mobile Arena with the Knights. Of all the cities on this list, Las Vegas is the most likely to actually land a franchise.

I propose they name the team the Las Vegas 48 Hours and Eddie Murphy and Nick Nolte are the official spokespeople. 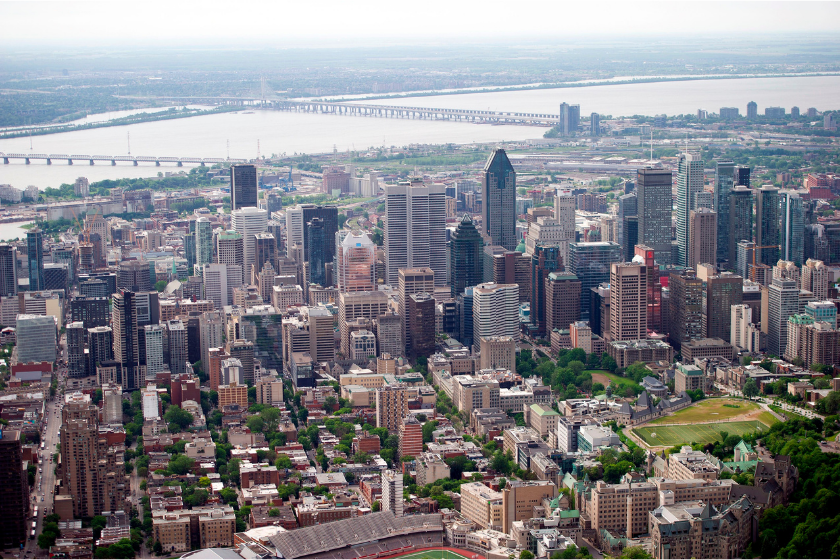 Montreal is an untapped market, but expanding further into Canada is tough. Vancouver's six-year run is proof of the extra difficulty in running an international franchise. Many players dreaded the idea of going there. 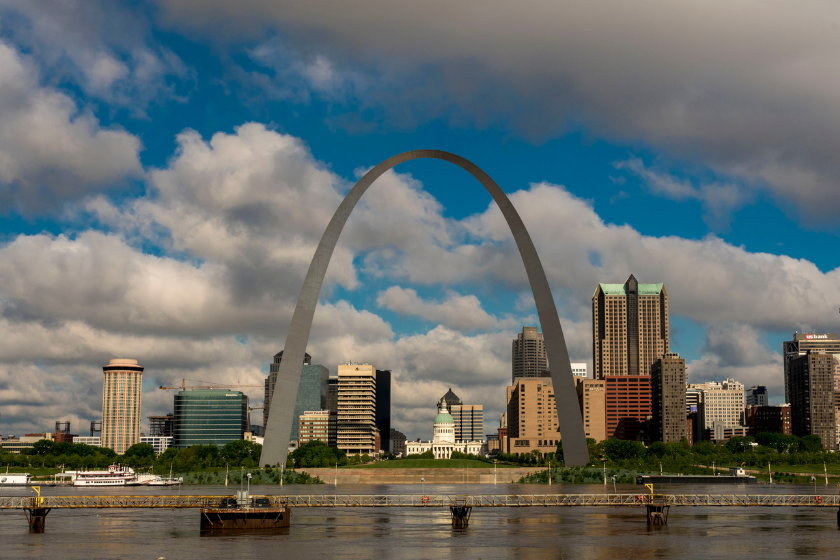 St. Louis has proven itself as a pro sports town with the MLB's St. Louis Cardinals and NHL's St. Louis Blues' fan bases. That being said, a new franchise could bring more buzz elsewhere because of the strong influence of already existing teams. 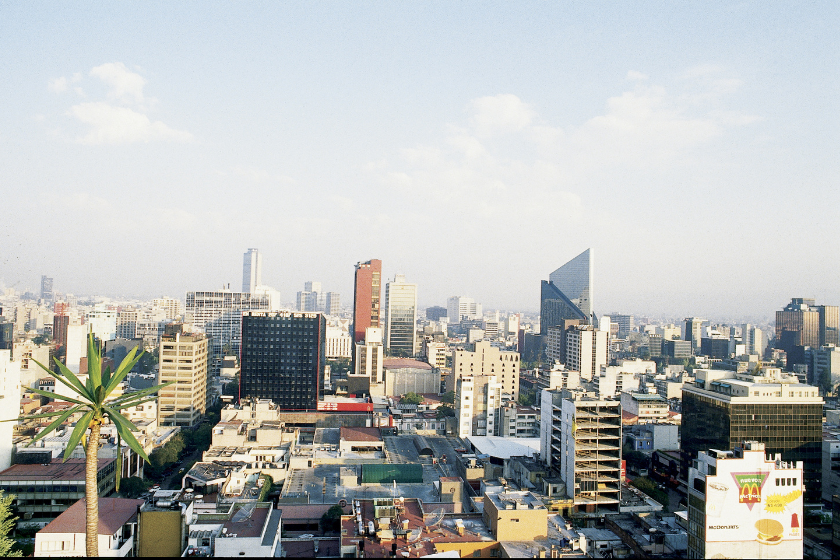 The NBA has played several regular season NBA games in Mexico's capital and established a G-League team there in 2019. As mentioned with Canadian teams, adding international franchises pushes the brand beyond the borders of the United States but comes with downsides.

Additionally, Mexico City is an island in relation to other NBA cities.

Nashville is in the same category as St. Louis. Great city with already established professional teams. Plus, Memphis is only a few hours away. 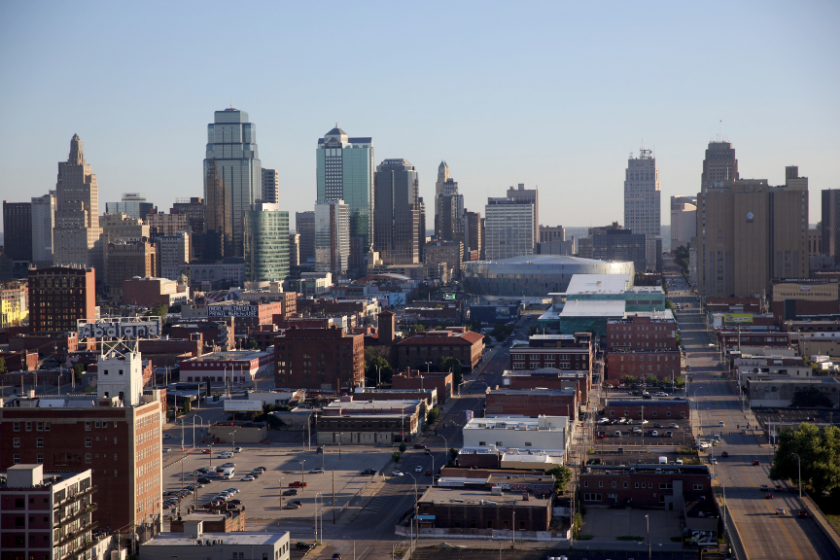 There's an empty spot on the NBA map between Oklahoma City and Minneapolis. Kansas City could occupy that real estate.

KC has hosted an NBA team in the past and has the T-Mobile Center in the heart of downtown. 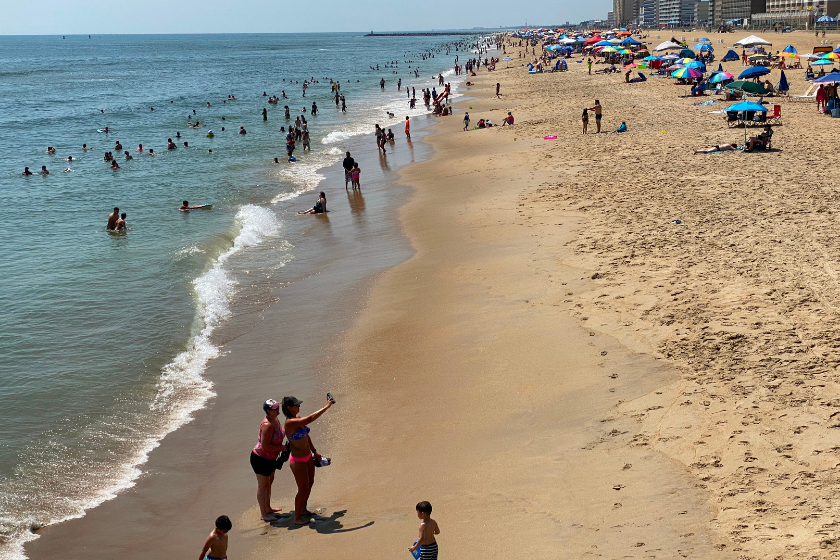 There was a proposal to bring a franchise to Virginia Beach in 2017. The team would have to start completely from scratch and build a new arena that guarantees revenue. Probably the least likely candidate to actually get a team. 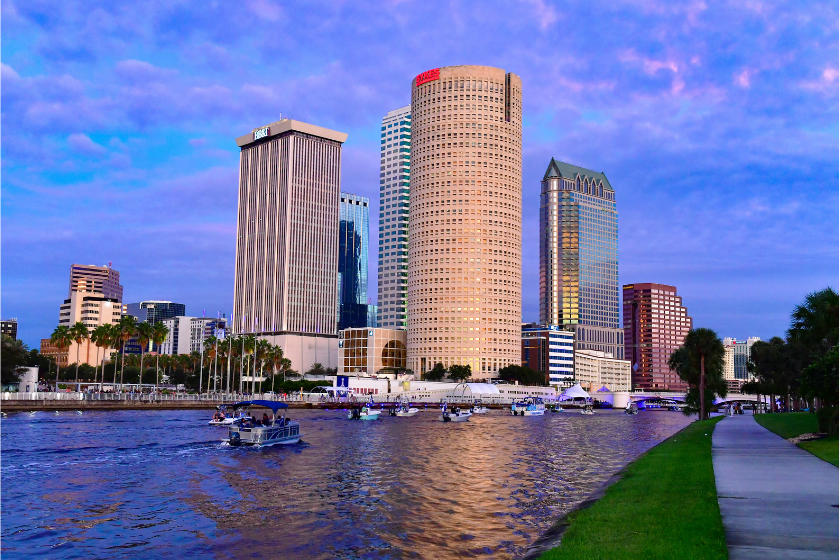 Tampa hosted the Toronto Raptors for the 2020-21 season. The temporary stay was a trial run for a permanent NBA franchise; similar to when Oklahoma City hosted the New Orleans Hornets following Hurricane Katrina.

Other Cities That Are Options

MORE: Seattle Deserves an NBA Team Once Again. Here's Why